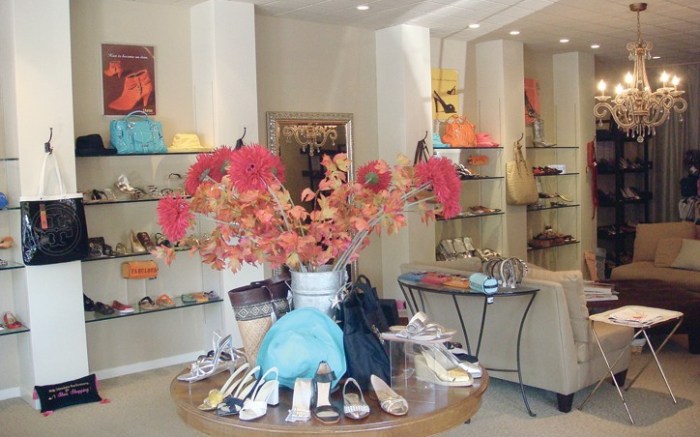 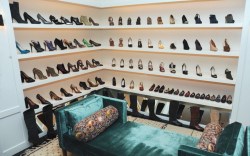 NEW YORK — Many retailers are upbeat that fall’s arrival will give them a much-needed boost after a lackluster spring.

With inventories at extremely low levels, a number of key department stores and independents were optimistic last week about early reads on the season and said several key boot styles were already registering strong sales.

Ruth Caldwell, buyer at luxury boutique Capitol in Charlotte, N.C., said the “shell shock” cause by the recession has subsided and customers are ready to shop again.

“Fall should be a better season,” Caldwell said. “Everyone has cut inventory, and if you are still having to mark down early, there is something wrong with your store or your market.”

Larger retailers were also hopeful about their prospects for the coming months — and said shoppers were already starting to snap up fall styles.

“We started the fall season in August and had a great month. Our numbers exceeded our plan,” said Christine Carlton, Holt Renfrew’s DMM of leather goods and women’s footwear.

“A lot of people are coming in and they’re definitely asking for fall,” noted Joy Goldberg of Item in Larkspur, Calif. “The majority of our store is still on sale [with summer merchandise], but customers are picking up Ugg boots and buying Frye harness boots and anything with a Western flair.”

Goldberg said she has made many adjustments to her business after a tough fall ’08 and spring ’09. The average price point in her store is now $150 and less, down from her previous average of about $250.

“I kept [the product mix] really tight this time and hopefully will have a better turn on my inventory,” she said.

Although Goldberg intends to stay at full price on fall merchandise until late holiday, she expressed concern over department store discounting, which proved to be an issue last year for many independent retailers, who were forced to slash prices to compete.

“I’m really hoping I’m not going to have to be super promotional,” Goldberg said. “But I’ll price match and do whatever I have to do.”

For their part, department store executives said early fall sales had been brisk.

Debbie King, VP and DMM of women’s shoes at Bloomingdale’s, said that if boot performance is any indicator, fall will exceed the retailer’s expectations.

“The boot classification, in particular, is doing exceptionally well. Over-the-knee, casual, rugged, belted, riding and rain boots are all performing better than expected,” she said. “The response we are having to the boot classification is a good indicator of our regular price opportunities for the season.”

“The Neiman Marcus customer responds to trends, and there is so much newness in the market that she can’t shop her closet to create the look,” said Ken Downing, SVP and fashion director at Neiman Marcus.

He noted that flats from Manolo Blahnik, Tory Burch and Chanel are also a hit, as well as fashion-forward boots.

“[Our shopper] is loving hardware details that bring a 1980s rock ’n’ roll edge to her wardrobe,” Downing said of the new boot styles.

The ’80s influence is also expected to be strong at Lord & Taylor this season, said Amy Avitabile, VP of marketing, who expressed high hopes for fall.

“We’re excited about the newness and great boots,” she said. “We really think [our customer] is ready to come back for new options.”

At Sole Shoes in Atlanta, owner Crysta Luke said sales are increasing despite the economy — and were even up for spring. Top sellers for fall include Jeffrey Campbell and Seychelles, and over-the-knee boots have been getting early interest. Luke said she is not planning any discounts, but will continue to heavily promote the store through weekly e-mail blasts and a VIP customer program.

Boots also should be a boon for other independents.

“We’ve got two over-the-knee styles from Haider Ackermann and Pierre Hardy, which are very sexy, aggressive and very clean, not blingy,” said co-owner Lisa Bush of Mona Moore, which recently opened in Venice Beach, Calif. Bush added that there is a waiting list for the Haider Ackermann boot at the retailer’s Montreal location.

Though Bush and her business partner, Anna Maria Varriane, are shying away from promotions as much as possible, the duo is offering a free courier service to local customers.

At All About Shoe Inc. in Newtonville, Mass., owners Dan Falvey and Phil Cartagena are also skipping pre-fall sales and instead trying to drive business through in-store events. Designer Andrea Carrano, whose shoes have been a strong early-fall seller, will make a visit to the store in October. Falvey said in the past, her appearances have led to record sales days.

“Our turnover this fall is the healthiest it has been since I’ve been here,” noted Capitol’s Caldwell. “There is less merchandise out there, so customers know they’ve got to go home with it today and not trust that it will be there next week.”

Capitol has already sold out of Proenza Schouler pre-fall shoes and has had success with thigh-high boots and flats.

While many retailers were upbeat, other storeowners were less convinced that business will pick up.

“Business has been very soft lately,” said Barry Hanna, president of World Class Shoes. “We are located in Miami, where tourism is down. Tourists [who come here] don’t go to restaurants and don’t go to the malls, where our stores are located.” During fall ’08 and spring ’09, Hanna said he saw a sales drop of nearly 20 percent.

“I’m celebrating the anniversary of my one-year sales drop,” quipped Jeff Greenberg, owner of Lloyd’s in Carmel, Calif. “But I’m hoping this September will be as good as last September.” — With contributions from Meghan Cass and Gabrielle Fratangelo.