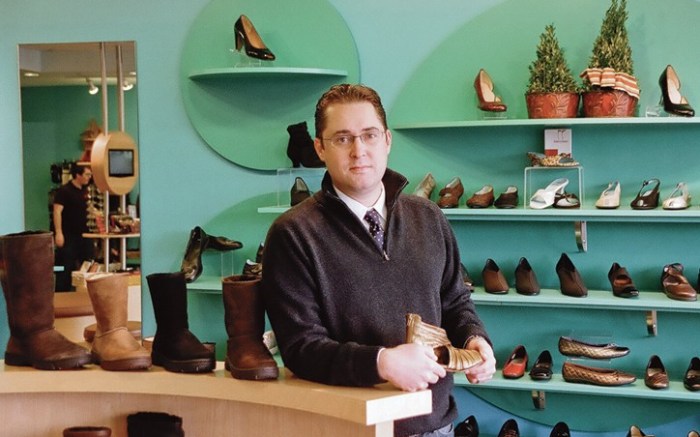 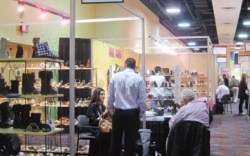 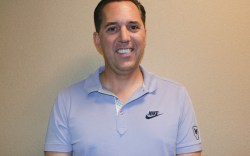 NEW YORK — Most retailers shopping last week’s FFANY show remained cautious about their prospects for fall, with many setting their sights on lower-priced merchandise.

Though the Federal Reserve Board released a report on Wednesday saying that the U.S. economy shows signs of recovery, several retailers said it could be a while before they will feel the effects of a revival.

“The way things are going, I’m afraid [this situation] might continue,” said John Holden, GMM for Philadelphia-based comfort chain Benjamin Lovell Shoes. “I thought we saw the bottom in March, and then it got better in April and May. But it’s going down again. A lot of it is weather. We have not had many good days in the last month.”

Andrew Cohen, CEO of footwear, accessories and retail at Jones Apparel Group, said the back half of the year would continue to be challenging. “It will pretty much be the way it has been,” he said. Pockets of strength include momentum at Easy Spirit, Enzo Angiolini and Bandolino. He also cited early success with the recently launched Shoe Woo store concept, which is still “very much in test mode.”

Dana Schwister, co-owner of Shoe Market and Mini Mini Market in Brooklyn, N.Y., said she is uncertain whether retailers have seen the worst of the recession and is hoping sales in her shops will hold steady for fall ’09.

“It might get slightly worse,” said Schwister, who carries a variety of men’s and women’s footwear brands. “The full effect of the economy and layoffs hasn’t really hit yet.”

One thing is clear: Price has become a major issue for many retailers, and consumers are looking for bargains more than ever.

Ron Friedman, owner of Ten Toes in Pittsburgh, Pa., said bargaining has posed quite a problem in his store. “Customers are trying to haggle prices, and we don’t come down,” he said. “Sometimes we will have something that is already 50 percent off, and they want more.”

“I’m looking for lower price points,” said Holden. “I’ve never really focused on that under-$100 price point, but now I’m contemplating $79 and $69. Out of Europe, it’s especially hard [because prices there remain high]. We used to only carry European brands, but if we did that now, we’d be out of business.”

Leah Brauner, co-owner of Designer Step in Brooklyn, N.Y., said her customers remain label-conscious, but they are still on the hunt for deals. “For our customers, it’s about the brand, but they are buying the lowest-priced shoe within that brand,” she said, noting that she expects fall business to be the same as spring. “If they were buying three pairs, they are down to one [now].”

With lower price points and decreased inventory levels a major focus for retailers, many said they will try to avoid the deep discounts of the last holiday season.

One way to prevent markdowns from becoming necessary too early in the season is to work closely with vendors, said Mark Needell, owner of Nee Dell’s in Summit, N.J.

“It used to be that you could buy whatever you wanted and it would get absorbed [if it didn’t do well],” Needell said. “Now you have to call your vendors and find out what they can do for you [in terms of taking back unsold product]. If you find they don’t want to work with you, you can go to someone else. It’s a two-way street.”

Fred Mossler, who oversees merchandising for online retailer Zappos.com, said his company did not have to resort to deep discounting in fall ’08, and he anticipates a strong fall ’09.

“Consumer demand will pick up, but [enough product] may not be there,” he warned. But, he added, those consumers who are unable to find the styles they are looking for in stores could turn to Zappos, which sells nearly 1,300 brands.

Such optimism was felt by other retailers who were buoyed by the strong spring ’10 merchandise. Sue Marfino, owner of Shoefly in Buffalo, N.Y., said she had already placed several orders and was encouraged by Western looks.

Purdy Girl, a three-boutique chain in New York, has seen business pick up over the last few months, said buyer Coco Rostoker. She added that she was hoping to debut several new footwear brands for fall — and even some higher price points.

“I was excited to see that Hype is doing shoes because we’ve done really well with their bags,” said Rostoker, who is considering seasonal launch parties to create excitement and drive traffic to her store.

For others, the time has come for the dour mood of the past six months to lift. “It’s already started to brighten,” said Ed Habre, president of seven Shoe Mill stores in Oregon and chairman of the National Shoe Retailers Association. “People are tired of feeling down about the economy and are taking a more positive approach. People are plain tired of feeling economically depressed.”