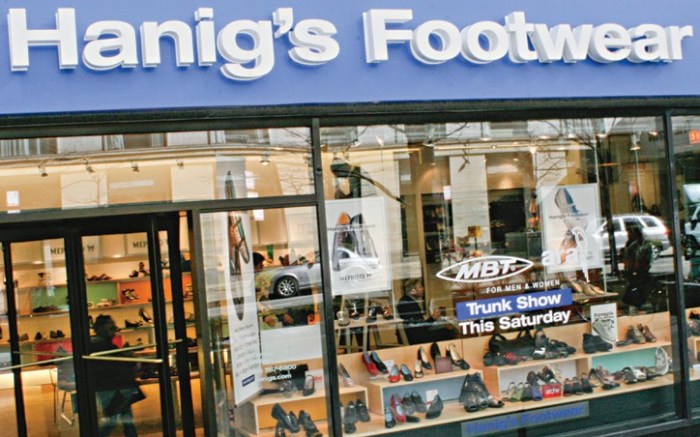 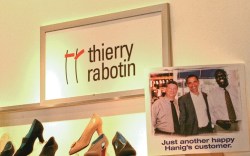 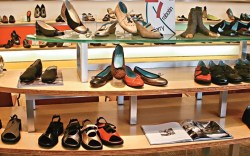 NEW YORK — Independents may be facing some serious obstacles, but veteran retailer Peter Hanig is determined not to focus on all the doom and gloom.

“At a certain point you have to say, ‘These are the cards we’ve been dealt, now let’s make the most of it,’” Hanig said.

The retailer is battling the downturn by trimming costs — he’s been working with landlords on rent reductions — and has approached vendors about negotiating prices.

The biggest issue, Hanig said, is adapting to a dramatically changed shopper.

“The consumer is waking up to a new reality,” he said. “[The challenge] is how do we help the consumer feel comfortable spending the retail price?” To keep his customers coming back, Hanig has begun offering incentives, including $20 gift cards against minimum purchases of $100 and gift certificates to high-end Chicago restaurants for longtime customers.

While the retailer acknowledged this is a particularly challenging time, he’s navigated through difficulties before. Hanig grew up in the family business that his father founded in 1944, and joined full time in 1971. Over the years, the company has opened several Hanig’s Footwear and other family shoe stores throughout the Chicago area, including the first Johnston & Murphy shop. But the current portfolio numbers four Hanig’s Footwear locations and one Hanig’s Slipper Box.

“If you think about shoes and Chicago, you think Peter Hanig,” said Naot President Steve Lax, who has been working with the retailer for 12 years. “He has a history of bringing in unique brands. He was one of the first to carry men’s shoes with leather soles and carried many European brands before anyone else did.”

Today, Hanig’s Footwear is one of the few Chicago independents still standing, offering many top brands with a comfort focus, including Merrell, Thierry Rabotin, Taryn Rose, Gentle Souls and Ecco.

During his 38 years in the business, Hanig has seen Chicago retail undergo big changes — from the big-box retail boom of the late 1970s and 1980s, to the influx of department stores such as Bloomingdale’s and Saks Fifth Avenue in the 1990s.

“Usually, a well-run family business can weather the storm, though we’ve certainly been hit,” Hanig said. “I probably didn’t plan for the economic downturn as well as I could have, and we’ve taken a lot of markdowns.”

And on top of the economic challenges, Hanig also has been adjusting to an unplanned store relocation.

Last year, the 30-year-old Hanig’s store on the corner of Michigan Avenue and Erie Street was pushed out by a developer.

“It was a very emotional situation for us and our employees,” Hanig said. “My manager had been there for 28 years, and that store was my baby.” For nearly three months, Hanig scrambled to find a new location and hold on to staff.

But the situation turned out to be a blessing in disguise.

“In the end, it was actually a great move for us,” he said. Though the new location lacks frontage on Michigan Avenue, its ground-floor placement in the John Hancock Center is a marquee retail spot.

Not only does the store sit next to a popular North Face shop, but a Best Buy flagship is opening in the complex in two months. In addition, the famed Signature Room restaurant is in the building, and the John Hancock Observatory, which has been in operation for 40 years, attracts close to 600,000 visitors per year, Hanig said.

“On top of our loyal customers, we get a lot of tourists. And we picked up a new customer base of people who live in the neighborhood who like to patronize local businesses,” Hanig said. “There has been substantially more traffic in this location than we ever thought.”

Hanig estimated that nearly half the overall business is done through the new unit, which stocks about 80 percent women’s and 20 percent men’s merchandise. The core customer is about 42 years old with a high disposable income, and the average price for a pair of shoes is about $240.

The merchandise mix in the other stores varies depend ing on the location and neighborhood demographics, but generally they average a lower price point of about $140 per pair, Hanig said.

“We gear the mix in our stores to the neighborhoods we’re in. The Slipper Box, which is our oldest store, has the youngest customer base, so it’s a little more casual,” he said.

Across the five locations, spring merchandise is currently at full price, and Hanig said he is optimistic about the season ahead.

“I’m hopeful that the markdowns are over,” he said. “We’re trying really hard to stick to the retail price. We will be creating some promotions and incentives — I’m not blind to the realities today — but at the same time, I can’t give away the store.” Hanig said the store associates would continue with proactive marketing initiatives, via e-mail, direct mail and phone calls to customers.

Customer service has always been a priority for the retailer, and many employees have spent more than 15 years with the store. One longtime sales associate, who is 92 years old, is approaching his 48th year with the company.

“Our top people understand that this is not a shoe business, it’s a relationship business,” said Hanig.

Looking ahead, the storeowner is optimistic about the growing Internet business, which Hanig’s son, Daniel, has been operating since he came on board in 2007.

“Daniel is a wonderful young man, a chip off the old block, and he brings a new perspective to the business,” said Andrew Fedor, national sales manager at Ecco.

Also on the radar is store growth in Chicago — managing stores outside the city isn’t part of the long-term plan. “We’ve definitely talked about expansion, but I’m erring on the side of caution,” Hanig said. “In college I learned to question my assumptions all the time, and that has stayed with me. So I’m asking myself what the opportunities are and under what conditions they could be successful.”

Though the battle is certainly uphill for now, Hanig said there is always opportunity. He cited the frenzy surrounding the election of President Obama, which has drawn more attention to the Chicago retail scene. (The president himself has shopped at the store.)

“I’m either stupid or an optimist,” Hanig joked, “but I’m convinced that even in this kind of adversity, there are opportunities to have new ideas and create or recreate your business. If you have flexibility and a willingness to change, then opportunities happen.”