Sperry Sails Ahead With Growth 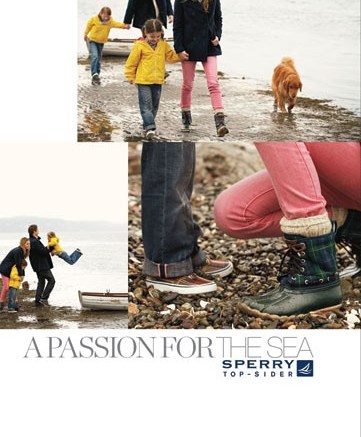 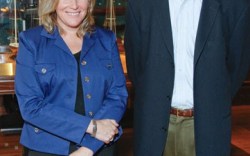 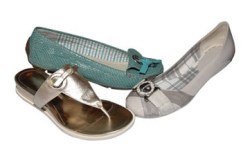 NEW YORK — Sperry Top-Sider’s famous boat shoe is celebrating its 75th anniversary in 2010, but executives at the brand are hoping a strategic growth plan will drive sales far beyond next year.

“The Sperry brand represents an aspiration for the lifestyle of ‘in, on and around the water,’” said Matthew Rubel, chairman, CEO and president of Collective Brands Inc., parent company of Stride Rite Corp., which oversees Sperry. “It’s both activity-based and life-based.”

To support its lifestyle positioning, Sperry launched a marketing campaign this spring called “A Passion for the Sea,” which addresses a wider array of consumers, said Karen Pitts, VP of marketing for the brand. “Sperry has always been a lifestyle brand, but we’ve never really marketed it that way.”

Ads depict a family enjoying a life of privilege in seaside locales such as Newport, R.I.; Puget Sound, Wash.; and, for spring ’10, the Florida Keys. Placement ranges from hard-core sporting magazines such as Salt Water Sportsman to lifestyle publications including Vogue and Travel + Leisure.

“This new campaign allows us to go after some of the new initiatives, like the women’s business,” Sperry President Craig Reingold told Footwear News during an interview at the historic New York Yacht Club.

In fact, women’s footwear, which makes up nearly 40 percent of the company’s sales, is forecast to double in size in three to five years and eventually overtake its men’s counterpart. In early 2008, the company brought on its first dedicated women’s designer, Michelle Poole, and began to push non-boat shoes for Sperry’s female fans as part of its Enduring Style segment. For spring ’10, Poole’s first full season, the women’s collection includes T-strap sandals, patent-leather skimmers and snakeskin heels — all a far cry from the brand’s original boat shoe.

The men’s collection, too, is growing under the Enduring Style umbrella. The brand’s dress casual footwear has been well received, and this fall, Sperry will launch a shiny dress shoe under its upscale Gold Cup label.

Still, every style in the Sperry collection has the brand’s key identifiers: siped outsoles, 360-degree lacing and nautical grommets and hardware. “The shoes have to have our brand DNA,” said Reingold.

Mark Waldman, owner of Laurie’s Shoe Center in St. Louis, has added Sperry’s more fashion-forward styles into his spring offering and will venture out even further for fall. “We got aggressive and bought a few things that [Sperry] hasn’t been known for,” he said. “They’re not going to dominate the market in some of these new categories, but at least they’re taking the opportunity to try things other than classics.”

Sperry’s Authentic Performance collection offers another growth vehicle for the company. As the official footwear sponsor of the U.S. sailing team, Sperry has a captive audience of market testers, which has led to performance features such as ASV Solution, a proprietary technology with anti-shock and vibration properties. This fall, Sperry will release a performance shoe, Ventus, that combines ideas from the company’s sailing team and its designers.

While the performance sailing market is certainly limited — the recent bankruptcy of marine specialty retailer Boater’s World demonstrates shrinkage in that industry — Reingold believes Sperry’s performance shoes can serve other athletic customers as well. “The product is designed and developed for the core end-user, but it’s really a wellness shoe.”

More important, he noted, Sperry’s commitment to the true boating consumer enhances the brand’s authenticity and serves as a technological laboratory for the rest of Sperry’s offering. “That technology can spread into our brown shoe product,” he said.

The last piece of the puzzle is Sperry’s American Original collection, which has enamoured the fashion community of late. Not only are heritage footwear brands the fashion flavor of the year — see Red Wing or Florsheim by Duckie Brown as examples — but Sperry also has increased its style cred thanks to high-profile collaborations with partners including J.Crew, Jeffrey and Band of Outsiders. Those — and Sperry’s own — contemporary takes on the brand’s heritage silhouettes have landed it in several influential international retailers, including Colette in Paris and United Arrows in Tokyo.

With the contemporary customer in mind, Sperry will celebrate its anniversary with a limited-edition collection based on archived styles. Each pair retail for $75 and will be packaged in a blue box with Sperry’s original cloud logo. The executives hinted at additional designer collaborations for Sperry’s anniversary, but were mum on details.

Sperry’s strategy seems to be paying off financially, according to executives at Collective. Sperry has reported double-digit growth for several quarters, although its record was marred by the Boater’s World bankruptcy in the first quarter. Still, Gregg Ribatt, president and CEO of Stride Rite, insisted that “the business continues to perform very well at retail. Given what’s going on in the economy, we’re not growing at the same rate as we were [last year], but we continue to see growth in the brand.”

Reingold sees upside even beyond footwear. “We have a great history,” he said, “but this is not a brand that is looking backward, it’s all about moving forward.”