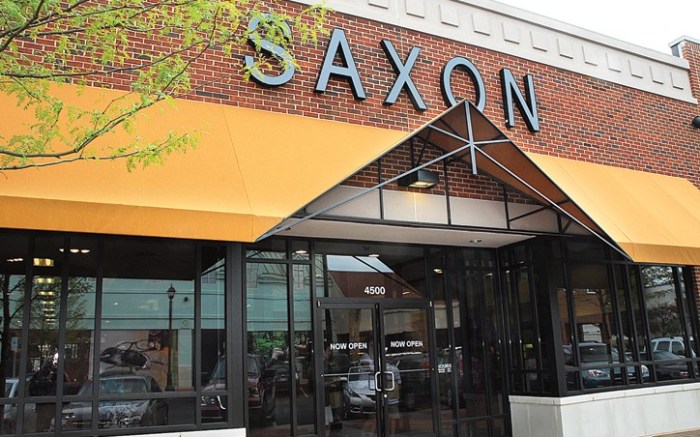 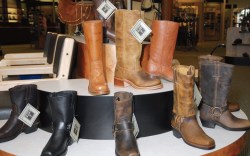 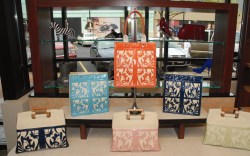 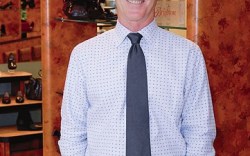 NEW YORK — “Growing up” in the footwear industry is no exaggeration for Gary Weiner, president of Richmond,Va.-based Saxon Shoes.

Fifty-six years after its opening, the business is still under the family’s watchful eye. Weiner’s three children, Evan, Amanda and Cody, are all involved in store operations, from technology to shoe sales to philanthropic planning, and his wife, Beth, works in vendor relations for both of the company’s stores.

Recently, the entire family has been focused on opening Saxon’s second location, a 19,000-sq.-ft. unit that bowed in Fredericksburg, Va., in late July.

“Saxon is a great example of an independent that is doing well,” said Scott Sessa, president of Minnetonka Moccasin. “Gary is a great merchant and understands his customer. I have no doubt that the company will succeed [in Fredericksburg].”

For his part, Weiner stressed that his expectations for the business are realistic in these challenging times.

“[We weren’t] planning to blow the doors off, but we said ‘yes’ to this expansion because we thought the Fredericksburg community was in need of a business like Saxon, and the volume of people was attractive,” he said. “It’s a tough time to be expanding, but it’s also a tremendous time to position [your store] if you can do it. With lean inventory levels, we hope to see our sales increasing nicely over the year.”

Saxon carries more than 200 brands for the entire family, across the casual, dress and outdoor categories. Among the labels offered are Adidas, Nike, MBT, Ugg, Rocket Dog and Frye.

“Saxon Shoes fully represents all our business groups, including men’s, women’s and kids’ product,” said Chris McKoy, a sales representative from Deckers Outdoor Corp., who praised the retailer’s customer service model. “As a second-generation owner, Gary Weiner knows that the customer must be more than satisfied with the shopping experience.”

Weiner said his motto is simple: “We ask all employees to be on time, do the best you can and make people happy.”

The retailer’s Richmond location, which also includes the corporate office and a showroom space for vendors, employs about 90 people, while the Fredericksburg space staffs about 40, said Weiner.

Currently, Saxon’s footwear sales account for 80 percent of the business, while accessories such as handbags and jewelry make up the remaining 20 percent.

While Weiner noted that the women’s business is typically the strongest each season, the kids’ category got a boost in August from back-to-school shoppers.

Dansko and Clarks’ Wallabee style were a hit during early fall, he said, as were styles from Vanelli, Merrell and J-41.

Still, Weiner is bracing for a challenging time ahead, as both his retail locations target a changed consumer.

“This past year has given everybody a reason to reassess how much they have and what they need,” he said. “We’ve tried to adjust business as things are happening. It’s crazy out there, but we’re doing the best we can.”

The vendor-retailer relationship has also changed in the tough climate, said Weiner.

“No question, vendors are looking for strong retail partners — and they will do anything within their economic ability to forge that relationship, whether it’s through manpower, product, trunk shows or advertising dollars,” Weiner said. “The only problem is, they’re really pushing hard at a time when many people are at their weakest point.”

Weiner said that although he has trimmed his inventory levels, he’s still willing to bring in new brands. Last month, his buyers hit the Atlanta Shoe Market to scout out new brands for spring and test new styles — though he declined to name specifics.

“We have to make sure the customers can find what they’re looking for,” Saxon said. “They want something cool, something new, or maybe something that they need to replace, but they need to find it in one place. They don’t want to have to shop around. They’re more time sensitive then ever before.”

Tracy Smith, president of global sales at Cole Haan, said that philosophy has helped Saxon succeed for decades. “They continue to thrive due to the attention they offer their customers. They truly fit shoes to their customers, an art often lost in today’s retail environment.”

Weiner noted that Saxon’s philanthropic initiatives have also helped to create buzz within the community and drive shoppers to the stores. The retailer recently donated 300 pairs of shoes to Bright Beginnings, an organization based in Richmond that helps prepare underprivileged children for the school season, and it fitted hundreds of at-risk kids in the Fredericksburg area for new fall shoes.

Looking ahead, Weiner plans to use social networking to expand the company’s reach (he will launch a Twitter page this year), and is toying with the idea of getting back into e-commerce.

Weiner founded Shoedini.com in 1999, which later became 6pm.com and was purchased by Zappos in 2007. “In terms of e-commerce, I’ve been there, done that, but I wouldn’t rule it out,” he said. “I’m always open to discussions.”

Another brick-and-mortar store is also a possibility, Weiner said, but for right now, his two locations take top priority. “I’d be silly to say there will be no more expansion,” he said. “But if we venture into a third store at some point, it will be because the other two are doing really well.”