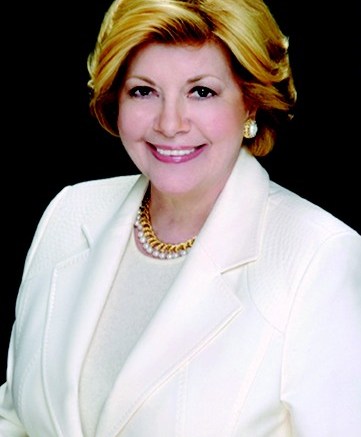 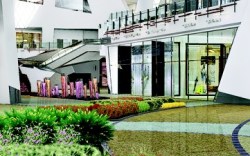 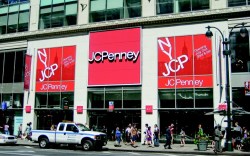 The recession has hit the real estate market hard. Among the cities most impacted are New York and Las Vegas. So Footwear News asked Faith Hope Consolo, chairman of the retail leasing, marketing and sales division of Prudential Douglas Elliman Real Estate, to weigh in on the situation in Sin City and the Big Apple.

1. When will we see the completion of the many Las Vegas real estate projects that have been put on hold?
Given the state of the local economy, residential real estate will take some time to bounce back [in Las Vegas]. An analysis of moving requests conducted by Relocation.com shows that Las Vegas retained its top spot for people looking to make a long-distance move in cities with more than 1 million residents. That bodes well for retail projects such as CityCenter, which, despite delays, is attracting upscale retail tenants. As the U.S. and world economies improve, Vegas will grow again as a tourist and convention destination, boosting that market, too.

2. What neighborhoods in New York have remained strong for retail? Which areas are struggling?
East 57th Street remains dominant, with rents increasing 50 percent, to $900 per square foot, according to the Real Estate Board of New York. The Meatpacking District is still seeing rent gains. Midtown average asking rents increased 5 percent [this year]. Fifth Avenue in the Flatiron District, Broadway in Soho and Broadway between 42nd and 47th streets have all risen in asking rents. On the downside, Broadway on the Upper West Side has seen a 24 percent decline in asking rents, and Herald Square has had a 23 percent decline.

3. What shoe companies are scouting locations in Vegas and New York?
Cole Haan is opening at 141 Fifth Ave. Keito Shoes is going to 137 Fifth Ave. in the former Otto Tootsi Plohound shop. Isaac Mizrahi’s signature line, Isaac Mizrahi New York, will be Mizrahi’s first freestanding store and will feature his accessories, shoes and sportswear at East 67th Street between Madison and Fifth. Devi Kroell is moving forward with a vengeance, and the hot-pink barricade is up at 717 Madison Ave. for a fall opening. Meanwhile, CityCenter in Las Vegas recently announced several luxury tenants.

The retail moves show progress for CityCenter, which, in the wake of the recession, has had problems with construction and funding. Most recently, buyers of condos in the development have gone after developer MGM Mirage to demand price reductions on properties that have likely lost value since they were purchased two to three years ago.

Leaving Las Vegas
Anchor Blue stores, the accessories and apparel retailer for teenagers, announced in late June that the company would close 46 underperforming stores, including a location in Town Square Las Vegas. The Ontario, Calif.-based company brought on Gordon Brothers Group, a global advisory and restructuring company, to run the liquidation process. In a statement, CEO Thomas Sands was pushing customers to take advantage of the massive sales before the doors close later this year. Not too far away, at the Fashion Show Mall, Ruehl — the Abercrombie & Fitch brand that never quite took off — also announced plans to shutter its store in the shopping center by the end of this year, part of a larger decision to close the chain entirely. Last year, the 29-store Ruehl reported a pre-tax operating loss of $58 million and cited the economy for most of its financial woes.

Summer Stock
On July 4 weekend, Toms Shoes opened a pop-up store in the hip Hamptons area, at Solé East Resort in Montauk, N.Y., marking the brand’s first shop on the East Coast. A variety of styles from the spring ’09 collections are available throughout the summer, during which time the brand will host parties at the store for tourists and vacationers. “The pop-up store is a great opportunity for Toms,” founder Blake Mycoskie told FN. “We can get to know our customers more intimately and build a stronger connection to the brand, as well as introduce Toms to those who are unfamiliar with us and our [charity program].” The pop-up shop will close in September.

Penney’s Ante
On July 31, JCPenney’s long-anticipated location in New York’s Manhattan Mall in Herald Square will open its doors. The three-story, 108,000-sq.-ft. space will include all JCPenney’s national, private-lavel and exclusive brands, such as Cindy Crawford Style and the men’s exclusive brand Joe by Joseph Abboud, and will feature a Sephora shop-in-shop. Additionally, the company said 500 new jobs were created with the store, bringing the total JCPenney workforce in New York’s boroughs to more than 1,600.