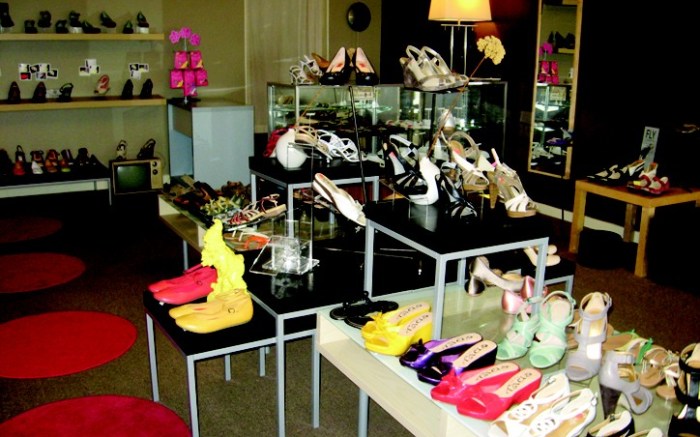 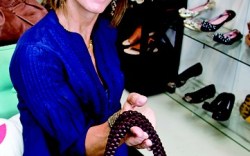 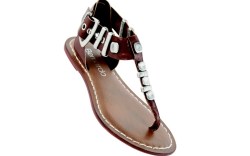 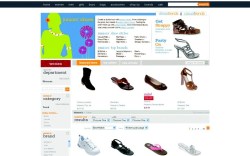 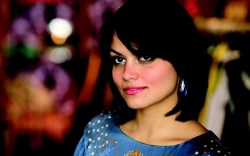 Store count: 1 (800 sq. ft.)
Open since: 2005
Buying plan: “We try to have 25 percent be lower end, 50 percent middle of the road (with prices around $90 to $100), and then 25 percent higher-end (around $200).”
Strategy shift: “Focusing more on lower-end product, but otherwise, we’re remaining the same.”
View on the economy: “We’re actually up 15 percent from last year. We see a lot of people who are not willing to pay what they did last year, and they’re now looking for deals and bargains. We have people coming in daily asking when we’ll be having sales.”
Lesson learned from spring ’09: “Rely on your gut instinct. If I don’t feel that love or attachment to a shoe, generally it just doesn’t do as well.”
Current bestsellers: Everybody, J-41, Fly London
Best price point: “We have a few styles that are $35 that are flying out of here, but then again, so is an Everybody shoe at $189.”
Fall ’09 forecast: “We’re hoping it’s going to be great. We don’t know, though, because everything fluctuates on a daily basis, it seems.”
Hottest new brand: Everybody
Next big thing: “Maybe it will be the gladiator style. Something that will stand the test of time.”
On the way out: “Ugg and Crocs.”

Store count: 1 (average 1,750 sq. ft.)
Open since: 2006
Buying plan: “I like to bring in brands that I have not seen in department stores or other boutiques.”
Hunting for: “I’m bringing in a lot of very reasonably priced shoes. Nobody wants the fun shoes now; they want the basics.”
Strategy shift: “Bringing in more timeless styles that can work for many outfits.”
View on the economy: “We’ve reached the bottom and we’re going to be seeing a turnaround. But people are going to go forward conservatively.”
Lesson learned from spring ’09: “I’m going to be more conservative with placing my original orders, knowing that I can still get very cute immediates.”
Current bestsellers: “Bernardo sandals. Also, anything by Jeffrey Campbell flies out.”
Best price point: $150 or less
Hottest new brand: Lucky shoes
Next big thing: “Tibi is the next big thing in fashion.”
On the way out: “Purple. And wedges — they’re just not moving like they used to.”

Open since: 2001
Buying plan: “Making sure we always have the hottest items in stock and plenty of newness.”
Hunting for: “Studs and hardware detail, Western and vintage looks, and sandals with embellishments.”
Strategy shift: “We’ve been increasing fashion tips and trends.”
View on the economy: “Conspicuous consumption is out; conscious consumption is in.”
Lesson learned from spring ’09: “The product offering needs to be fresh, trend-right and a good value.”
Current bestsellers: “Flip-flops, flat sandals and cork wedges.”
Best price point: “$30 to $40 for flip-flops, and $50 to $70 for top fashion sandals and dress shoes.”
Fall ’09 forecast: “Customers will be looking for open-toe booties, boots with studs and hardware, and for our more adventurous customers, over-the-knee boots.”
Hottest new brands: “Lucky is launching a new footwear line later this year, and it’s a fresh addition to the marketplace.”
Next big thing: “Over-the-knee boots.”

Store count: 1 (1,800 sq. ft.)
Open since: 2008
Buying plan: “To have a few of my statement footwear pieces and then do more affordable footwear.”
Hunting for: “I want to bring in more futuristic looks. I love how Balmain and Sergio Rossi are doing it. I would love to see it on the lower end more.”
Strategy shift: “My first couple of seasons here I did 50 percent higher-end fashion, but I’ve brought that percentage down. I do L.A.M.B., Bo’em and Kathryn Amberleigh.”
View on the economy: “It’s really tough. Shoes and clothing are harder to sell right now. Even people who love fashion are reaching further into their closets.”
Lesson learned from spring ’09: “That I should bring in the open toes and the sandals a little later in the [spring] season.”
Current bestsellers: “I do really well with Report Signature shoes because they’re really fashion-forward, but affordable.”
Best price point: “$300 and below for heels, and for flats, under $150.”
Fall ’09 forecast: “It’s still going to be a tough season. People want the original pieces, but they have to be conservative with price points and quantity. If they’re going to spend the money [on something], it has to be different.”
Hottest new brand: “Badgley Mischka. They have great price points and beautiful shoes.”
Next big thing: “The whole futuristic look is going to be really trend-forward and cool. And one reason I like L.A.M.B. shoes is because they’re vintage-inspired, but twisted to look more modern.”
On the way out: “Anything that’s overly chunky in the sole. I don’t think they’re flattering at all, especially on small girls.”