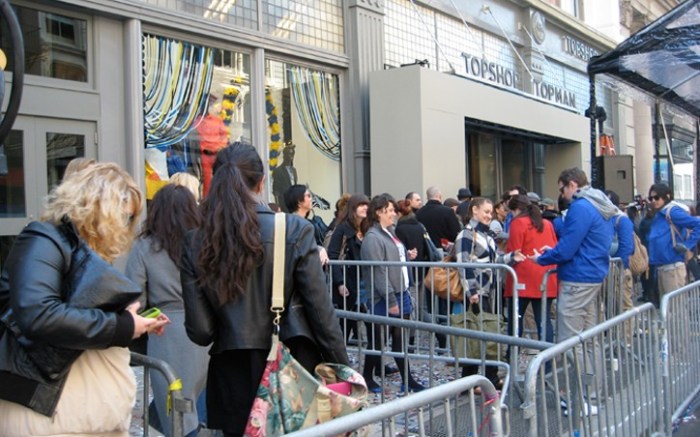 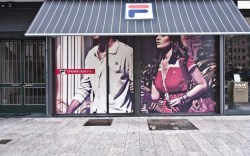 Topshop’s Welcome
Now that British retailer Topshop has been open for nearly a month in New York, local footwear retailers are weighing in. And the verdict? Welcome to the neighborhood.

“I take my hat off to Topshop,” said David Zaken, who operates two David Z. stores on Broadway in Soho, close to where Topshop opened on April 2. “I give them an A-plus, plus, plus.” Zaken praised the retailer’s design and ability to create excitement even in a tough retail environment. “It’s bringing such a great vibe, the right atmosphere and the right people to Soho.”

Nick Santora of Classic Kicks on Elizabeth Street agreed that the store’s arrival to Broadway is a positive. “It’s always good when there is cool stuff downtown,” said Santora.

“The opening of Topshop is a great opportunity to drive more of the young fashion crowd to that area,” echoed a Nine West spokesperson. “It will only be beneficial for the traffic of the Nine West Soho store and brand. Their shoe selection is also limited, so I don’t think it will affect our sales.”

Forecast Footwear, just a few doors down from Topshop, also cheered the retailer. “The opening of Topshop is extremely exciting for our store,” buyer Dan Kenigsberg told Footwear News. “People in the city are definitely reacting to the buzz and coming downtown to Soho, which is great for the area.” Kenigsberg, who stocks brands such as Frye and Miz Mooz, isn’t concerned about losing customers to the new retailer. “Topshop is a trendy, fashion-conscious store, and that complements our shops very well.”