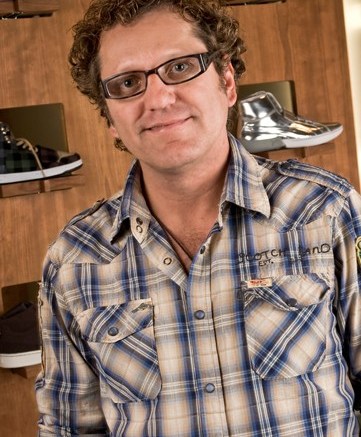 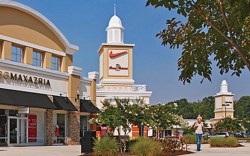 “The Gaslamp Quarter is a very historic area,” said Fadlon (at left). “Fifth Avenue is particularly nice. There are a lot of restaurants, bars and retail [shops]. It’s really the centerpiece of downtown San Diego.” Fadlon’s new neighbors include Puma and Adidas stores — both brands he carries. “They’re our friendly neighbors,” he joked. Other brands at the 3,500-sq.-ft. shop include Reebok, Creative Recreation, Diesel and PF Flyers. The back of the store will eventually feature a “library,” which will showcase 12 brands and tout limited-edition styles and one-of-a-kind items.

“The library piece of the store will open in the second phase [of development] and will have brands such as Diesel, Nike, Adidas and LA Gear,” Fadlon said.

He went on to explain that the new store has the DNA of Sportie LA, but with a different vibe specific to the San Diego market, which, Fadlon admitted, he’s still figuring out.

“In terms of the customers here, it’s going to be a learning experience, but it’s still going to be a broad consumer base like we have in Los Angeles,” he said. “We’re anticipating a fair amount of college students, [fashion] influencers and business people.”

The Prime Outlets – Queenstown, in the greater Washington, D.C., area, celebrated a new 6,000-sq.-ft. Gucci outlet on July 4, and Karen Fluharty, SVP of marketing for Prime Retail, said she expects the shop to be a destination for thousands of shoppers.

“Outlets have historically performed well during tough economic times. With each mention of recession, consumers grow more conscious of their dollar, demanding options that will carry their money further without sacrificing buying from the brands they love and trust,” she said.

A wide mix of shoppers visit the outlets each year, including locals from Annapolis, Md., residents of the Baltimore and Washington areas, and tourists. Other luxe outlets in the shopping center include Neiman Marcus Last Call, Coach, Michael Kors and BCBG Max Azria.

In Brief: Hawaiian luxury men’s shoe shop Leather Soul will debut a store in Beverly Hills, Calif., this December or January. … Adidas Originals bowed its first branded store in Saudi Arabia on June 29, in the Nojoud Center in Jeddah. … Gap Inc. said it would remodel 50 Old Navy stores this year and plans to open at least 40 new stores in 20 different countries.