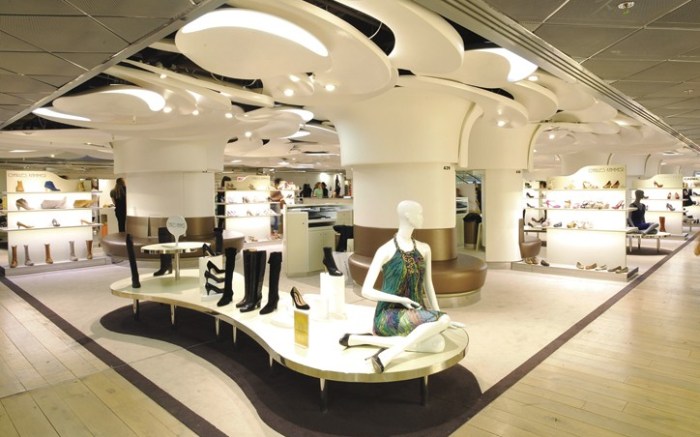 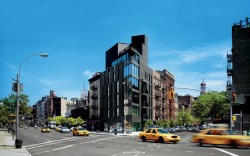 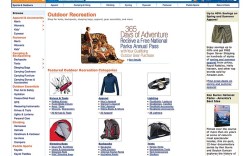 The 34,500-sq.-ft. space is almost double the size of the previous shoe department and is also one-third larger than the shoe departments at Harrods and Saks. It’s no coincidence this shoe-addict mecca has opened here. According to Galeries Lafayette, French women are Europe’s largest consumers of shoes, buying on average six pairs a year. They also are footwear collectors, with 17 percent admitting to owning more than 20 pairs of shoes.

“Shoes have become the No. 1 desire, ahead of sunglasses and bags,” said Galeries Lafayette’s managing director, Paul Delaoutre, pointing out that 75 percent of French women are not concerned about the price tag on a pair of must-haves.

Catering also to the requirements of the numerous tourists, notably from China and Russia, footwear sizes range from 34 to 43 (U.S. 3 to 12), while prices start at around 99 euros, or $138 , and retail as high as 1,300 euros, or $1,816, for designer brands. The store will stock sandals and winter boots year-round, said the retailer, for French shoppers preparing for vacations as well as for tourists visiting during various seasons.

Once the entire floor is merchandised for the fall season beginning at the end of August, it will carry 150 brands, 75 of which will be exclusive to Galeries Lafayette.

“This is what makes the difference for a department store,” said Michel Roulleau, deputy managing director at Galeries Lafayette.

With the official inauguration in September, additional services such as pedicure treatments and an artisan cobbler will become available, as well as a personal shopping service. — Elena Berton

Daffy’s Pops Up
To kick off its new brand campaign, Daffy’s is opening a pop-up store in Manhattan on July 23 that will feature footwear, apparel and home products for men, women and children.

The store will be located on the ground floor of a luxury apartment building at 1 Seventh Ave., S., and ties in with a contest the retailer is holding in which consumers compete to win a $7,000-per-month apartment in the building for the “Daffy’s discount” of only $700 per month.

“What we were grappling with was how to clearly communicate Daffy’s as an impressive place to shop for apparel, accessories and home goods. Our idea was to compare it to something undeniably and outrageously expensive: rent [in New York],” said Will Bracker, director of marketing for Daffy’s. “What better way to communicate deep discounts than offering a luxury apartment for a low price and using it as a strategy to drive people to our stores and Website.”

The contest is also part of a bigger push for Daffy’s, which is positioning itself as a source for on-trend, fashion-forward merchandise from sought-after brands at low prices, said Bracker.

“It’s also a marketing opportunity to communicate to the consumer, in a controlled environment, what this brand is all about,” he said. “We’re assembling a sample of the goods at Daffy’s.”

More pop-up stores could roll out in other major U.S. cities, said Bracker, though Daffy’s has yet to formulate a plan.

“In the evolution of the brand and its value, we want to use our dollars wisely to drive traffic to the stores and improve sales,” Bracker said. “We’d like to get more on the radar screen of customers and help them see what we’re all about.”

The store will be open through Aug. 14.

“Evidence is emerging that outdoor enthusiasts and casual adventurers alike are turning to outdoor recreation activities more than ever,” said Ben Hartman, director of the new site. “We want to provide a convenient destination for customers to find and discover a great selection of all things related to the outdoors.”

“We look at search data on the site to determine which brands customers are most interested in, and ensure we offer a great selection from those brands,” Hartman said. “Our goal has always been to help our customers find and discover anything they want to buy online.” — Jennifer Ernst Beaudry

Afaze Eyes Web Biz
Afaze is getting ready for the next phase in retail. The Totowa, N.J.-based retailer, which targets shoppers in their teens and early 20s, is launching an e-commerce business in September, said president Doris Zinke.
“The timing was right for us to bring our presence online,” she said. The Web store will feature accessories, including scarves, hats, dresses, headbands and bags, as well as footwear, which is a growing category for the retailer.

“We launched footwear about three years ago with flip-flops, and it did so well we added flats, sandals and boots the following year,” said Zinke. Since then, Afaze has continued to add various styles from brands such as Classified. Prices range from $16 to $45.

“We’re projecting that footwear will be almost 20 percent of the business this year,” said Zinke. “Our price points are very affordable, and that’s why [the category] is doing so well for us.”

The company has nine brick-and-mortar stores across Manhattan, Brooklyn and Queens, and another store could bow later this year, said Zinke.

“We’ll probably look to open another location in Manhattan,” she said, adding that she is excited for JCPenney to move into the Manhattan Mall, where Afaze has a store.