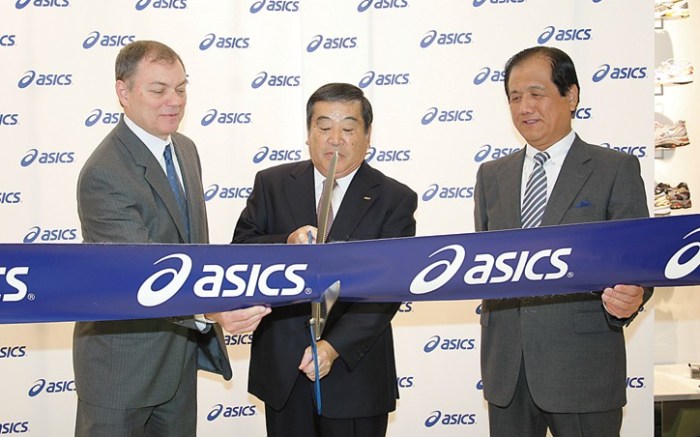 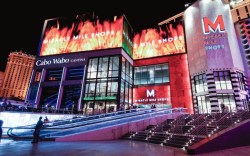 The 1,100-sq.-ft. shop stocks men’s and women’s running footwear, apparel and accessories, as well as official apparel for the ING New York City Marathon. The store also houses a Foot ID 3D Scan machine, which uses both lasers and cameras to measure and analyze feet.

He added that in spite of the current economy, he was bullish about the debut. “This is a chance for us to show that our business is strong,” he said, speaking through a translator.

U.S. President and CFO Rich Bourne said this location will act as a testing ground and that there are no immediate plans for another unit. Looking down the line, though, Wada noted that other U.S. cities of interest would include Chicago and Los Angeles.

Asics’ business has been growing steadily in the U.S., said Bourne, with stateside sales making up about 22 percent of the company’s total business. “We had double-digit growth last year, and we’re determined to keep growing this year,” he said. Bourne also cited the firm’s marketing campaigns around big events like the Olympics and the New York marathon as drivers in helping to elevate its U.S. presence.

Vans, the skate-and-surf lifestyle brand, opened its Vault Shop pop-up last Friday at the Conveyor in Fred Segal in Santa Monica, Calif. The shop has taken over the entire Conveyor space and will house all limited-edition Vault by Vans products and Vans by Conveyor exclusives under one roof, as well as brand favorites and classics.

Also hitting shelves are special sneaker designs by artist Taka Hayashi. The Vault shop has created a gallery-like layout, with Hayashi’s own artwork and inspirations for his shoe designs displayed until the end of October. The following months will introduce a new visual space and a completely new round of merchandise for consumers.

“What we’re looking for is an opportunity to showcase the brand,” said marketing and PR rep Chris Overholser. “The best way for us to do that is in an environment where we can show our best product, and we can effectively tell the stories behind that product.”

While Las Vegas continues to have bad luck, the Miracle Mile Shops at Planet Hollywood Resort & Casino are actually experiencing an uptick in traffic — thanks, in part, to its mid-priced product mix.

Mall traffic has risen 2 percent this year compared with the same time last year, said Russ Joyner, EVP and GM. And the mall, which houses mostly moderately priced retailers, has an occupancy rate in the mid-90 percent range, which is favorable even in a good economy.

“We have very little turnover here,” said Joyner. “People that are here want to stay.”

Shoes, which are about 20 percent of the mall’s overall mix, have been a particularly strong area for the mall, he continued.

“Footwear for us continues to be a stable category and is performing quite well. David Z does great here, and DC Shoes had a good opening a few months ago.”