Shoes on Sale: The Event 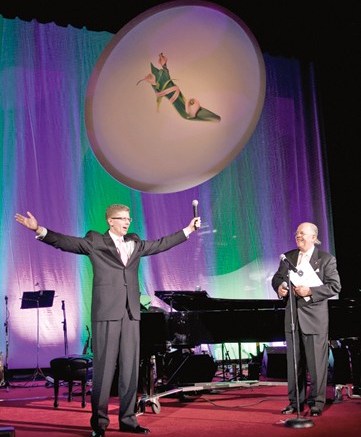 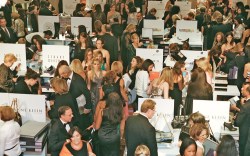 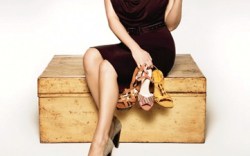 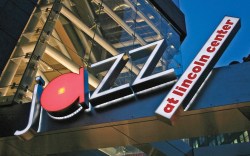 Though the past year may have been hard on business, the organizers of QVC Presents “FFANY Shoes on Sale” are hoping the footwear industry will come out strong on Tuesday to support breast cancer research and education.

The 16-year-old benefit will look a little different this time around, making it just one of many charities to find new ways to continue giving this year. The sit-down dinner and awards ceremony have been dropped temporarily in favor of a more casual cocktail party, held at the Frederick P. Rose Hall, home of Jazz at Lincoln Center in New York.

“We knew it was a tough year for everybody, and we wanted to give them a break,” said Joe Moore, president and CEO of FFANY. “But we also didn’t want to stop our efforts in raising money for breast cancer.”

As a result, Moore added, the cost of tickets has been lowered, as well as the prices of some of the shoes in the salon. In the past, the salon had been reserved for the high-end footwear not available on QVC, but this year, organizers have added about 30 percent more styles by more moderately priced brands.

“A shoe for $450 doesn’t really reach everybody’s pocketbooks,” Moore said. “Also, Jessica Simpson is our spokesperson, so we’ve decided to put her line of footwear in the salon.”

Simpson, whose paternal and maternal grandmothers both had breast cancer, will also make an appearance at the fundraiser. (For more on Simpson, see page 23.) Entertainment will be provided by Whitley & the Hard Times Band, paying tribute to the music of Ray Charles.

QVC’s three-hour broadcast will air with no changes from previous years. Host Lisa Robertson will appear live at the Rose Hall, while Jane Treacy will co-host from the retailer’s studio in West Chester, Pa.

The network also has expanded its online presence this year with a collection of Web-only exclusives. It will also continue to promote the Shoes of the Day, where a different shoe is featured online each weekday in October.

“Last year, we had more than 400,000 viewing sessions [online],” said Karen Fonner, VP of strategic content for QVC. “The whole multichannel approach to this event will just get bigger and better every year.”

With such additions to the program, “Shoes on Sale” organizers have set the same fundraising goal as last year: about $3 million. (Altogether, the event has raised more than $30 million for leading cancer hospitals and research centers since its founding in 1993.)

New brands up for sale this year include Michael Kors, Fergie, L.A.M.B. and Betsey Johnson. And Nine West Footwear Corp. and Brown Shoe Co. again will be the leading benefactors.

“More than 100,000 pairs of shoes from more than 90 brands is our goal,” said Fonner. “We feel really confident that, with the selection we have, [the customer] will be there again this year.”

Next year, the organization plans to bring back the awards portion in a more formal setting. Already on the lineup is the FFANY Humanitarian Award, renamed the FFANY Jodi Fisher Humanitarian Award for the co-founder of “Shoes on Sale,” who died in March after a long battle with leukemia.

The only other time the event has been so affected by world events was after the Sept. 11, 2001, terrorist attacks. At the time, the gala was scheduled to take place on Pier 64 in Manhattan, but was canceled due to the mood of the city and the venue’s close proximity to the World Trade Center site. (The QVC broadcast went on as planned and most of the money had already been raised, which ensured another successful year for the fundraiser.)

“Other than that, we’ve never had an economy that influenced what we could do,” Moore said of the past 16 years. “But we made the decision to make it lower key this year. It’s a serious effort. And the FFANY members are proud to have this as part of their world.”