Seen and Heard in Milan 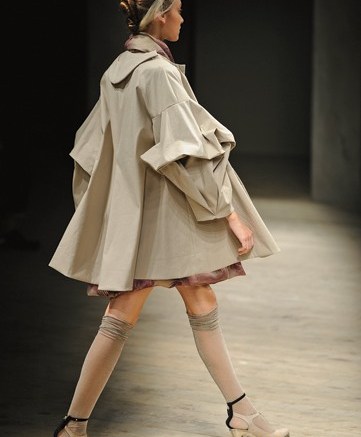 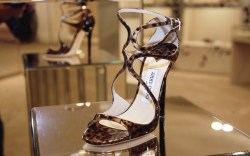 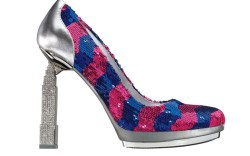 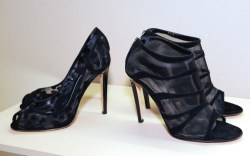 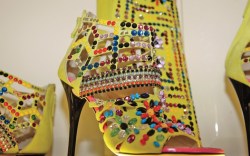 Opening 24/7
Jimmy Choo unveiled its extensive range of modern classics, aptly named 24/7, during the Milan collections in its Via Manzoni showroom. The collection, which hits stores in January, is centered on past top performers that just keep on selling, including perfect platforms, pointy toe and round-toe flats and heels, wedges and evening shoes. Among the highlights of the collection is the shoe Blake Lively wore with a Balmain ensemble to the Emmy Awards afterparty, and the much-publicized round-toe pump Michelle Obama donned for the presidential inauguration. All the popular Jimmy Choo shapes will be refreshed each season in new colors and materials.

Cooperative Deal
Le Silla, known for over-the-top embellishments and towering heels, created its first 30-piece runway collection — Le Silla for Albino — for the fashion label’s catwalk debut in Milan. “The designer, Albino D’Amato, visited our Milan store and fell in love with our constructions and asked us to make shoes that reminded him of the skyscrapers in New York,” Le Silla Art Director Monica Ciabattini said at the company’s showroom presentation on the day of the Albino show. The catwalk shoes featured gold and silver stepped wedges and will retail from $700 in clothing stores that carry the Albino line.

Empire Building
Geox launched a limited-edition collection of sky-high pumps at its Via Montenapoleone showroom for Milan Fashion Week. The shoes have a glittering Empire State Building carved into their 5-inch heels. “We are an Italian brand, but we wanted to have a global perspective, and New York is a symbol of having a global presence, especially after Fashion’s Night Out,” said Sara Gobbo, communications manager for the brand. “This design element is a fun deviation from our usual path, but it shows the brand’s capabilities, and … everyone has loved it.” The shoes come in a closed- or open-toe pump with a variety of uppers, including animal-print patterns and sequins. The Geox shop on Via Montenapoleone also featured a window display of the New York skyline, with three of the limited-edition styles. The collection, inspired by the 1980s nightlife and high-rises, will be available in select Geox stores worldwide.

Sizing Up
Giuseppe Zanotti is not one to play it safe. The upbeat designer greeted guests at his Via Montenapoleone showroom last week to show off his record-setting collection of 900 SKUs. “It’s a crisis collection, so I made it double,” said the designer. “It’s the biggest [collection] I’ve ever made. What I’m showing now [on the shelves] is very focused, but there are more in all the cabinets.” With so many looks to choose from, the designer was loathe to identify his top picks, suavely asserting, “They’re all my favorites.” Also showing an extensive, multithemed collection was designer Gianvito Rossi, who happily pointed out his “Black Panther Shoe” and others in the “huntress and hunted” category as some of his favorites. He also discussed organza mesh as an important fabrication for spring, as it allows designers to create boots that “keep the look, but lighten it up” enough for warmer weather.