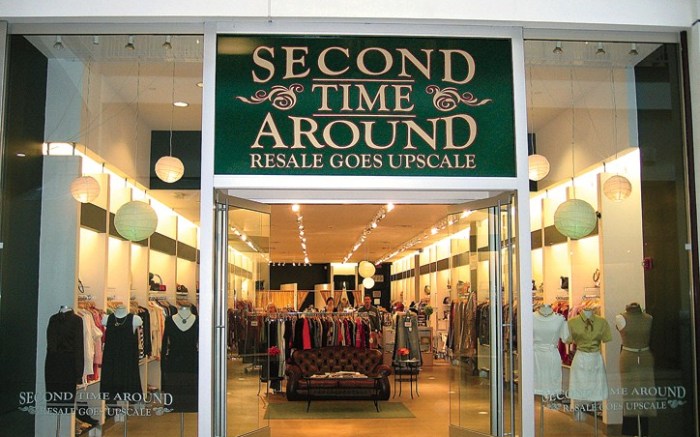 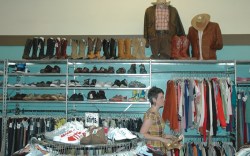 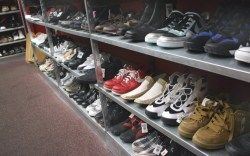 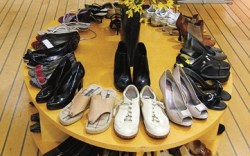 Ellen Arvold isn’t just the owner of an upscale consignment boutique, she’s a customer, too. She recently snapped up a pair of Taryn Rose patent leather boots for $300 from her own stock. “They still had their original $825 price tag,” said Arvold, who owns Second Run in Anchorage, Alaska.

From Miu Miu Mary Jane looks for $95 to Nicholas Kirkwood snake-trimmed pumps for $323, the world of consignment is teeming with treasures coming straight from the die-hard shoppers who, until recently, had fueled the retail boom.

With the recession, those shoppers are surrendering their once-coveted purchases to consignment stores. “A lot more people are selling,” said Ben Hemminger, a partner in Fashionphile, a Beverly Hills, Calif., store that resells designer handbags. “They want cash in their pockets.”

And they want to save cash, too. “This is a great time to be a shopper,” said Jeff Casler, president of Second Time Around, a Northeastern chain of 18 stores that recently signed Alex McCord of “The Real Housewives of New York City” as a spokeswoman and will open its first Manhattan store this month.

Casler said shoes are an increasingly popular item for the chain. While there once may have been a stigma attached to wearing shoes that had been on someone else’s feet, it’s no longer a factor, he explained.

One reason is that a huge amount of footwear coming in now has never been worn. Many women are following money experts’ advice and shopping in their own closets, but they’re not finding anything they want. “Half the shoes that come in are in their original boxes,” said Sarah Jones, Los Angeles and Orange County area manager for Buffalo Exchange, a nationwide chain with 36 outlets. “A lot of women don’t want to keep something they bought a few months ago. They bought it on sale, and it just hasn’t worked.”

“My customer service person at Neiman Marcus just texted me and said, ‘We’re having our big sale,’” said Vicki Rizzo, owner of More Than You Can Imagine, in Houston’s tony River Oaks area. “It’s such a huge sale, someone might get carried away and buy six pairs. They hurt, so she takes them to me.” Rizzo’s current picks include Tory Burch T-strap sandals and Chanel pumps with built-in ankle socks.

“People give up their shoes very quickly if they’re a little uncomfortable,” noted Myrna Skoller, who this year will add 1,700 square feet to her Designer Resale group of shops in New York.

“I have consignors who wear shoes once or twice and then get rid of them,” said Jill Sadowsky, founder of Jillsconsignment.com, based in Jacksonville, Fla. “Last season’s shoe? They don’t want it.”

And for many secondhand store owners, that works just fine. “It’s this season’s hottest thing if you sell last season’s hottest thing,” said Hemminger, who gathers about 125 bags each week and sells the same number, from brands such as Louis Vuitton, Hermès, Chanel and Balenciaga. Most upscale shops take goods only from the past two years, with the consignor’s share between 40 percent and 70 percent of the final selling price. Some also buy directly from vendors.

But very minor wear can be fixed, according to Rizzo. She even found a shoe repairman in Houston who has perfected the art of filling in the distinctive red finish on the soles of Christian Louboutins.

And when assessing Uggs, managers have to poke the shearling lining and give it a good sniff. “It might have an odor,” pointed out Kerstin Block, president of Buffalo Exchange.

Size is another challenge. Each store usually has only one pair of each shoe. But that disadvantage is part of the charm of resale, Skoller said. “Everything is one of a kind. You’re not looking for anything specific, but you can’t resist something you see,” she said.

Casler added that customers will buy as much as one size bigger or smaller, adding insoles or getting the shoes stretched to fit. “You see a pair of Christian Louboutins for $125, you’ll do that.”

But just as the recession is digging into department store sales, it is affecting consignment as well. Many stores reported higher sales volumes, but at a lower price per item. Prices range from a quarter to two-thirds of the original, with occasional sales slicing 20 percent to 50 percent off that. When department stores radically cut prices, consumers look for lower tags at consignment stores, too.

Hemminger said he resists the pressure by sticking with his top brands, which rarely go on sale. “If you want a discount on Hermès, you have to go pre-owned. The second-tier luxury brands, such as Chloé or Prada, sell to Bluefly or Off Fifth, and that drops the resale value.”