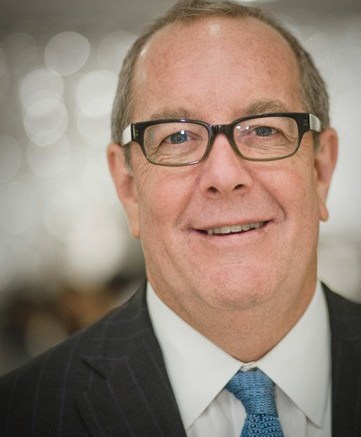 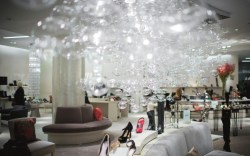 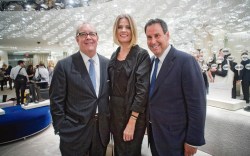 NEW YORK — For Ron Frasch, what a difference a year makes.

After a challenging 12 months, the president and chief merchandising officer of Saks Fifth Avenue is forging ahead with a fresh footwear strategy to make the retailer more competitive in the challenged luxury segment.

Among the key initiatives: tweaking the product assortment to include more contemporary brands, ramping up exclusives, introducing private label and expanding elements of the 10022-SHOE salon concept across the chain.

Already, the retailer’s new efforts are paying off. Frasch said that although he remained cautious, early fall results have been promising.

“We are clearly seeing overall sell-throughs across price points, from our good zones to our best zones,” Frasch said in an exclusive interview with Footwear News. “It’s nice to see the footwear business showing some signs of life — and at full price.”

But Saks also is still dealing with the impact of its decision last fall to discount aggressively across the store — a strategy that some insiders said altered the luxury landscape. However, more than anything, Frasch is ready to move ahead.

“That was last fall,” Frasch firmly stated, adding that the company has no intention of repeating the deep discounts this year.

Indeed, when FN visited the retailer’s Fifth Avenue flagship last week, only a small selection of gladiator looks from Tory Burch were marked down — at 30 percent off — in the fifth-floor contemporary department, where the rest of the mix was full price. Meanwhile, in the eighth-floor 10022-SHOE salon, no product was discounted.

In the past several months, Saks has moved quickly to rebalance the merchandise mix according to its good-better-best grid, with the heavier portion falling into the good and better categories.

“Prices definitely got out of control,” Frasch said of the pre-recession world. “Now you have a pricing structure where there are shoes that are $795 or more, and shoes that are $195. Where are those designer shoes that are between $395 and $595?”

Frasch said that even the most high-end designers can experiment with fun, out-of-the-box, value-oriented offerings.

“Sometimes, we become obsessed with a price zone that we want to compete in,” Frasch said. “But there’s nothing wrong with having a wonderful item that’s at a value price that could be almost like a ‘thank you’ — something for that designer customer to wear for a casual part of her life and then throw out at the end of the season. Designers have done it with jellies, but I think we can do something more sophisticated than that.”

Another way Saks has worked to differentiate itself has been to ramp up exclusive merchandise — and vendors have been receptive to the concept.

“We go to the brands and look at their offering and say, ‘Historically, you’ve offered four SKUs, but we want you to offer us eight SKUs so we can buy six,’” he explained. “We built our business on having dominant SKU breadth by brand.”

In addition to beefing up exclusives, the Saks team also continues to hunt for emerging talent — but Frasch said it’s more difficult than it used to be for designers to break in.

“There is an enormous amount of talent, but the talent so often wants to compete where the talent already is. Where is the white space? We urge young designers [to use] their skill set to design into that [more moderate] zone. Particularly in this tough economy, they need to [offer] something that the stores don’t already have.”

One newer designer that has managed to set herself apart from the luxury pack is Camilla Skovgaard. “She is such an enormous talent,” Frasch said. “I get goosebumps just looking at her designs. But for every one like Camilla, there are a whole lot who can’t make it.”

As Saks works to refine its product mix, the retailer is also expanding its 10022-SHOE salon concept, which launched at the New York flagship in 2007.

“It’s amazing. We really haven’t had to [tweak the original idea] at all,” said Frasch. “We’re really beginning to get a good reputation as a shoe store.”

In the midst of the down economy, further shoe salon rollouts have been put on hold. Still, Saks has implemented several elements of the 10022-SHOE concept in the footwear departments that have not yet been revamped.

“One [element] is strong presentations of brands with a strong SKU breadth, hopefully on large tables. Every store now has what they call a ‘trend table’ at the front of the department,” Frasch explained. “Another is what I call socialized seating. Even if a store doesn’t have great furniture, you can still organize it in a way where someone might be trying on a pair of shoes and another person looks at her and goes, ‘Those shoes are fantastic.’ It creates a fun shopping environment, and you will sell more shoes.

Saks is hoping the 10022-SHOE name will translate in a new private-label initiative. A few boot styles will appear on the floor as a test this fall, and Frasch said he sees the mix evolving into flat sandals in the spring.

The executive added that the private-label program could be an effective way to fill in gaps in vendors’ lines.

“For example, for [spring ’10], we haven’t seen real shoes. There are sandals, ballerinas, thongs, jellies, summer booties, gladiators, but we don’t have enough shoes,” Frasch said. “I’ve been in the market quite a bit with the shoe team and I would like us to be at the point where we could say, ‘Here are the voids,’ and be able to react to them.”

While Saks is looking to capitalize on new opportunities such as private label, the retailer is remaining cautious when it comes to sales expectations.

In its second-quarter conference call, CEO Steve Sadove forecast a mid- to high-single-digit comp-store decline for the back half of the year, which would be an improvement over last fall’s numbers. He noted, however, that fall ’08 was an unusually weak season.

Frasch is staying conservative as well, but he applauded the progress that has been made so far.

“I am very proud of what the team at Saks has done,” he said, noting that they have dealt with a rapidly changing marketplace. “We went from being a high-growth [company] two years ago to facing a recession. … We have great merchandise, a great selling culture and terrific merchants.”