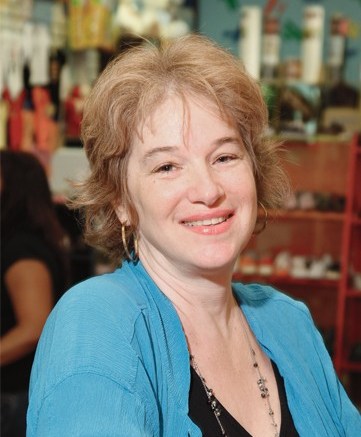 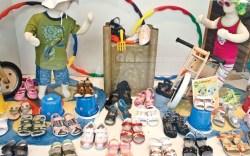 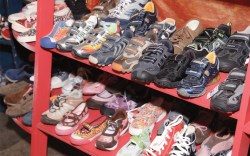 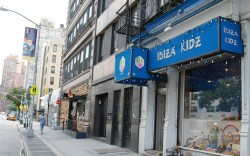 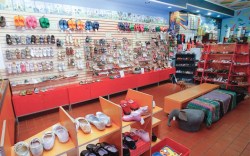 Fifteen years ago, Carole Husiak left the film industry to join her husband, John, in the retail business — or so she thought. Their venture, Ibiza Kidz, a colorful, eclectic shop in New York’s East Village, has proved to be a magnet for movie directors looking for a unique retail backdrop for shooting their stars.

“It’s fun, and financially, they make it worth closing down,” said Husiak of directors such as Woody Allen and P.J. Hogan, who have taken over the store for shoots. “And the buzz certainly doesn’t hurt.”

But the famous faces aren’t always there to work; some are regular Ibiza customers, joining a loyal following of neighborhood moms and tourists from around the world.

Husiak said she believes the store’s small-town feel is its biggest draw for new and existing customers. “It’s easy to get lost in New York,” she said.

In the opening scene of “Confessions of a Shopaholic,” the latest film shot at Ibiza Kidz, a 7-year-old Rebecca Bloomwood is dismayed to find herself wearing sturdy brown Mary Jane shoes, when other girls are trying on sparkly ballet flats and trendy sneakers. In reality, it’s hard to imagine any child would be disappointed with the styles at Ibiza Kidz. The store carries high-end European and Japanese lines, as well as quality basics, rainboots and water shoes. Brands including Primigi, Umi, Geox, Keds, Stride Rite and Ugg are grouped by size, from newborns to tweens. Ibiza Kidz also stocks a wide selection of toys, gifts and clothing. “Being diverse is an advantage, because if certain things aren’t moving well, there are other categories to fall back on,” Husiak said. “More so now than ever, it’s an important approach.”

Despite Manhattan’s reputation as a city filled with transient professionals, more and more families are calling the Big Apple home and looking for a sense of community. Husiak, who has three children of her own, is eager to provide that. A sizeable community board, featuring babysitters, photographers and other services, is prominently placed at the front of the store. And the average tenure for salespeople is between six and eight years. Ibiza Kidz also has avoided an e-commerce site because Husiak believes it would send the wrong message. Buying shoes for children, she explained, should be a personal experience. “There’s no way you can buy a shoe without fitting the shoe and making sure the kid is happy,” she said. “We have a small-town feel in a very big city. There’s nothing better than walking in somewhere and having someone know your style, taste and child’s name.”

Husiak moved Ibiza Kidz from University Place to its present location on Fourth Avenue five years ago, enticed by the high ceilings and sprawling, 2,000-sq.-ft. space. But creating the store’s warm and homey feel took some doing. Window displays designed by Husiak change several times a year and give passersby a taste of what’s inside. A colorful jumble of books, toys and gifts greets visitors as they enter, while shoes line a wall and shelving units in the rear. A geometric pattern painted in bright colors covers the ceiling and completes the kid-friendly look.

Husiak relies on a number of community-based efforts to raise Ibiza Kidz’ profile. The shop regularly donates merchandise certificates to local schools, advertises in community newspapers and opens its doors to school field trips. The boutique also rewards its most loyal customers through its Frequent Footers Club. After purchasing seven pairs of shoes, customers receive a $50 credit toward anything in the store. Still, Husiak is a firm believer in word-of-mouth marketing. “Basically, what I’m banking on is that every customer who comes in has a positive experience,” she said. “I don’t believe in spending thousands of dollars on an ad in the New York Times or parenting magazines.”

Though business is up slightly over a year ago, Husiak is well aware of the number of independent shops closing their doors and is adjusting accordingly. Her buying strategy has been “radically” influenced by consumers’ newfound frugality. Styles appropriate for a range of occasions are now must-buys, and inexpensive brands are finding their way into the store, some for the first time. One such brand is Salt-Water Sandals. Husiak said she was overwhelmed with requests for the waterproof leather sandals. With retail prices starting at $30, she was initially reluctant to bring in the brand. But, she said, “Everyone’s pocket books have been impacted [by the recession]. I’m working very hard to keep that in mind.”

Husiak has earned a reputation as a discerning buyer, with a keen eye for fashion. Bill LaRossa, CEO of Primigi USA, said Ibiza Kidz is one of the brand’s premier accounts, consistently stocking the edgier and more fashionable styles. For that reason, Primigi often highlights the shop in its own advertising. “They don’t buy like everybody else,” LaRossa said. “They really buy to suit their customer and their niche.”

Nelson Mason, a territory manager for Geox, also applauded the shop’s selection and presentation. But he said he has been most impressed by the level of customer service. “What stands out most for me is how comfortable customers are in the store,” he said. “[Ibiza’s] customers are buying quality, as well as service.”

Customer base: While it has a strong local following, Ibiza Kidz also attracts plenty of tourists. And celebrities, including Brooke Shields, Uma Thurman and Susan Sarandon, have been known to stop in.

Competition: The ranks are thinning, with a number of kids’ shops in the area going out of business. But the growth of online retail presents the biggest threat, according to Husiak.