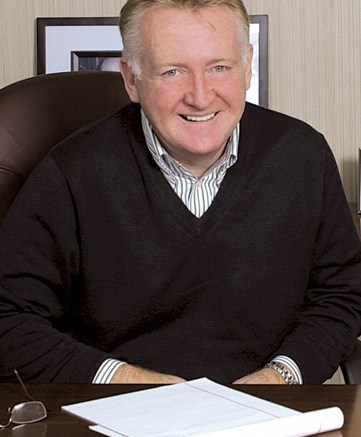 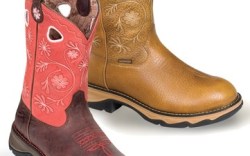 LOS ANGELES — Rocky Brands Inc. is heading into 2010 with an aggressive growth strategy that includes a relaunch of the Durango brand, a line extension under the Georgia Boot banner and an international push. Much of the company’s efforts hinge on translating its work and Western boot lines into lifestyle brands with a wider assortment of casual footwear. “As we expand with our Giant by Georgia and our Western Durango, Flirt and Crush [brands], and other products, we want to be more of a lifestyle brand,” said Mike Brooks, chairman and CEO. “It’s easy to say and hard to do.”

During the first quarter of 2010, the company will launch Giant by Georgia Boot, a line of casual footwear that is designed to expand the brand’s reach outside the work category. “It’s work-inspired, casual footwear, very American, with new materials, which makes the product perfect for accessorizing the apparel fashion trends of today,” Rocky President David Sharp said. “Where we think we have opportunity is in a more urban setting, with a more youthful, Hispanic customer.”

Sharp said he hoped the new product would open up distribution across urban locales. The new lifestyle product from Giant will also carry a lower price point, from $59 to $79, compared with Georgia’s typical $89-to-$139 range.

While Sharp said few retailers had seen the line, he had secured a test agreement in a “mid-tier, big-box retailer.” Following the successful line extensions of the Flirt and Crush collections under Durango, the company is relaunching the brand for spring with a new technical twist on traditional Western boots.

“We’ve definitely built a better mouse trap in terms of comfort,” Sharp said. “The boots are very  authentic looking Western; however, they have a very modern, athletic kind of technology.”

Sharp said with price points of $99 to $149, he planned to increase the brand’s distribution in Western specialty shops, as well as with department stores.

International expansion also plays a key role in the company’s long-term growth plans. Currently, sales outside North America make up less than 10 percent of Rocky’s total, but Sharp said his 10-year goal is to grow that to 50 percent.

“What we’ve noticed about our peer group, in companies like Wolverine and Timberland, is that as much as 50 percent of their revenues are in other markets outside North America,” he said. “A lot of the markets we play in are very limited here in the U.S. — Western, work and outdoor.

They’re not growing markets.” Sharp said the company was targeting Europe, and discussions are under way to bring the new product to the continent.

The company’s advertising and marketing programs are also getting an overhaul, as spending has shifted from traditional outlets and narrow sponsorships to include deals with a broader reach, such as a Country Music Association sponsorship.

It also will emphasize in-store POS materials. “Once consumers get in the door, we’ll have a lot of our marketing directed toward the in-store experience, which makes sense because we have found that 40 percent of the purchasing decisions are made after they walk in the door,” said Liz Horn, VP of marketing.

Brooks said the company’s ad and marketing budget now exceeds $1 million, including new spending, as well as the reallocation of funds.