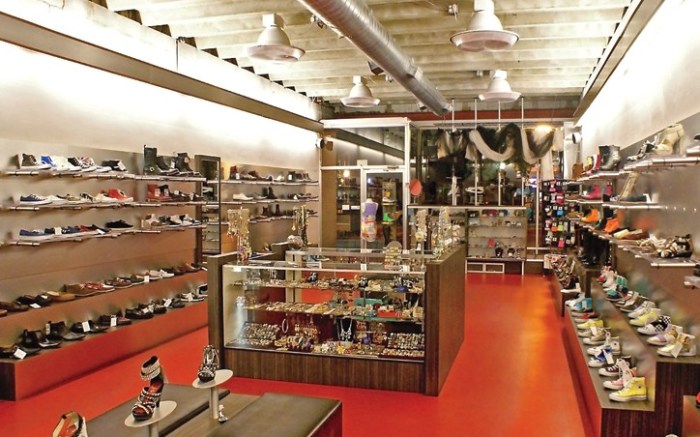 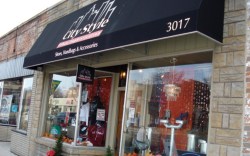 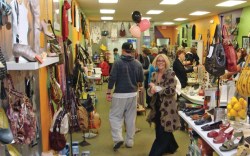 Without the once-robust auto industry to keep it going, Detroit’s economy has been sliding. Unemployment has skyrocketed, home foreclosures have hit a record high and many national chains are backing out of the depressed city. Still, independent retailers in the area are finding increased support from locals. Here, three teen-oriented independents talk about ways to boost traffic and how “shop local” initiatives are helping to keep their businesses afloat.

In business since 1982, apparel and accessories boutique Incognito, which began carrying footwear in 1992, has witnessed many ups and downs in the Detroit area. But the past year-and-a-half was the worst that store manager

Angie Yaldoo has ever seen, she said. However, some people are still shopping to lift their spirits. “People understand that we’re going through tough times right now, but they don’t want to stop doing the things they used to do. And they still want to be part of the community,” said Yaldoo.

As major retailers — from Barnes & Noble to Starbucks — continue to shutter locations nearby, Yaldoo said consumers are migrating to neighborhoods populated with independent shops. “Right now, with the way things are going, people want to support their local businesses,” she said.

Still, fall sales have been soft. “It’s been a little quiet, which is expected with everything going on,” she said. “We’re just staying positive and doing what we can. Usually a couple of weeks before Christmas is when [customer traffic] really picks up.”

In addition, the store launched e-commerce this fall and is hoping that sales pick up as the holidays near.

“It’s really important to keep up with competitors,” said Yaldoo. “We’re hoping that [the Website] is going to increase sales. We get a lot of people who come in the store from out of town. … So now our customers can shop with us no matter where they are, and hopefully, we’ll get new customers and get our name out there.”

As owners of the two-and-half-year-old City Style in Berkley, husband-and-wife team Tim and Carrie Vestrand see the impact of the city’s economic crisis all around them. “It affects everybody,” said Tim Vestrand. “There are quite a few stores that have gone out of business in the area, but we’ve been able to hang in there.”

Vestrand credits his wife’s eye for unique merchandise as a key factor in the store’s success and also praised Berkley residents’ efforts to support local retailers. “We have a great local business, and our customers tell us they would rather come here than go to a big-box store,” he said.

Participation in local events also has given the retailer a much-needed boost. Earlier this summer, the store, which stocks footwear, apparel and accessories for men and women, had one of its best sales days during a local art fair. City Style also set up shop at a Kid Rock concert over the summer.

The store’s shoe parties are another big draw, said Carrie Vestrand. City Style offers special incentives at those events, such as 10 percent off merchandise and a year-long discount for hostesses of parties that bring in $600 or more in sales. “The shoe parties are a great way to promote business without paying high advertising costs. If we get a girl who brings 10 or 15 friends, they all leave as new customers.”

Consumers are still shopping, said Tim Vestrand, though they are paying for items in cash or putting must-have purchases on layaway. “For fall, I made sure I had a price point for everyone, and I haven’t had to discount yet,” he said. “We’ve got $50 shoes and $200 boots, but that’s about as high as we go.”

Diane Elnicky, who owns one of four Sole Sisters stores in Michigan, feels more like a tour guide than a retailer these days. “We opened three years ago, but [some customers have] never come down this way,” she said. “So I’ve been passing out guide books to Rochester and telling people where they need to go.”

Elnicky said traffic has picked up this fall, even as the economy has remained wobbly. “In our case, it’s great because so many people are coming downtown to shop now that malls are suffering and closing stores,” she said. “And we’re offering unique things that customers couldn’t find in a mall anyway.”

Vendors also have been lending a helping hand. Brands including Seychelles, Nicole and Tsubo don’t sell to other independent stores in the immediate area, so Sole Sisters can have the exclusive. Elnicky also credited the local Downtown Development Authority for its commitment to hosting events that draw shoppers to the area, such as a Girls Night Out shopping event and a Halloween trick-or-treating program.

Looking ahead, Elnicky said that while business certainly is not what it was last year, she is determined to survive. “We’re feeling the pinch, and I’ve had to buy accordingly,” she said. “I’ve really had to cut back and go with what works. I can’t experiment too much right now, but we’ll be strong.”

The retailer is even thinking of bowing an e-commerce store next year. “The clientele has been getting stronger and stronger, with Facebook and the Website,” she said. “We get a lot of feedback from customers requesting an online store. We have tourist customers from as far away as Japan and England who ask us about that. That could do a lot for us.”