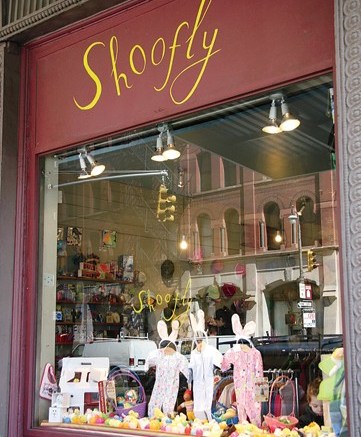 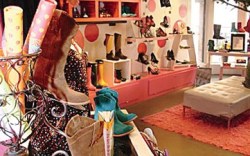 NEW YORK — Footwear retailers are desperate for a spring break.

Store owners across the country said last week they were hopeful that the start of the new season would help thaw the deep freeze on consumer spending. But after a brutal fall/winter, few retailers were making any bets.

“You can’t predict the sales, and it’s not easy to keep inventory in line,” said Dan Farrington, GMM of men’s for Mitchells stores, the Greenwich, Conn.-based luxury retailer. “Our customers are some of the people who have been on the news lately. We’re ground zero for the Madoff scandal and the overall Wall Street collapse. We’re probably feeling it a little more than others.”

Still, for customers coming in, “we’re trying to be positive and excited about spring product,” Farrington said. “If there is opportunity, it will be in more casual and denim-friendly shoes,” he said, citing Tod’s, Cole Haan and John Varvatos styles.

David Jassem, owner of four Los Angeles-area David’s Shoes boutiques, said he is focused on making sure the styles he’s carrying are exactly what shoppers are looking for. “If there’s any reason for a customer not to buy a shoe today, she won’t buy it,” Jassem said. “The shoe has got to be spot on.”

While retailers agreed there is no single must-have item for spring, many of last year’s trends are expected to carry over.

In the high-end women’s market, hard-to-find, luxury items are faring well, said Todd Hanshaw, DMM of fashion for all the Wynn Las Vegas boutiques. “We see that people want special items,” he said. “They are not buying just anything and are looking for things that are new and different.” High-end brands such as Christian Louboutin, Behnaz Kanani, Nicholas Kirkwood and Chrissie Morris are selling briskly.

At Neiman Marcus, “it’s all about the statement shoe and the aggressive high heels led by Christian Louboutin and YSL,” said SVP and fashion director Ken Downing. On the other end of the spectrum, the ballet flat is a very important category, with such brands as Tory Burch and Chanel as hot sellers.

No matter which brands they’re stocking, retailers across the board said they are operating with much less product than a year ago to encourage full-price selling.

Leigh Peters, owner of children’s store Poco Pattino in Tampa, Fla., said she has scaled back her inventory by about a third. “I’m cutting back on all the brands,” said Peters, who estimated that sales are down about 15 percent from this time last year. “You just don’t know [what’s going to happen], and I’d rather buy a little bit down and have to chase it later.”

Lori Harris, owner of Mary Jane’s in Park City, Utah, and St. Louis, agreed. “If you’re running super lean, you’re going to be fine,” Harris said. “I work with a lot of people online who can get me new merchandise in two or three days.”

That tactic, Harris said, allows her to cut back on what she buys early on and replenish her store as she sells out of particular styles. “When customers are seeing new stuff all the time, they understand why it’s full price,” said Harris.

Likewise, Roz Viemeister, owner of Shoofly in New York, said she won’t give in to deep discounting. “It irks me when I see all these stores giving away merchandise,” said Viemeister, who has been in the shoe business 21 years. “How are we going to reeducate people to pay full price?”

Instead, Viemeister, who shrunk her spring ordering between 10 percent and 15 percent, said she’ll continue to hold sales twice a year and depend on strong customer service to pull in traffic. “I’m being careful in what I buy, and I’m watching my pennies,” she said.

Tony Zelaya, owner of women’s footwear store Zelaya’s Shoes in Bethesda, Md., meanwhile, has dropped the marketing firm he was working with in favor of promoting his business via the online social networking Website Facebook.

“You have to analyze your buying technique and start doing things differently,” he said. “[Facebook] is a great way to communicate with your customers, and in a tough economy, you have to make your customers your friends.” Now, Zelaya has more than 2,100 contacts on his Facebook profile and offers those individuals a 10 percent discount on all purchases as an incentive to visit the store and keep coming back.

While some retailers said innovative promotions would be crucial, others said favorable weather is the key to a strong season.

Mark Waldman, owner of Laurie’s Shoe Center in St. Louis, said spring is off to a good start at his 58-year-old family footwear shop, thanks in part to warmer temperatures. “It really kicked off in January and exploded over the [March 7] weekend,” Waldman said.

The store owner, who hasn’t cut inventory levels, said he is hoping sales will be up slightly compared with last year. “We bought very similar to a year ago with the idea of picking up an additional customer base,” he said. “We sell men’s, women’s and kids’, and we’re going full force on all three [categories]. Customers are yearning to get footwear that is exciting.”

While weather has helped lift some retailers, business at other stores has suffered due to erratic weather patterns. “I was banking on March to come in somewhere close to flat, but we had to close for a couple days when we got 11 inches of snow,” said Gary Weiner, owner of Saxon Shoes in Richmond, Va. “That really put a damper on [the month].”

Jassem said he is looking beyond spring — and further ahead to the impact of the proposed national stimulus package. “If we can just make it through the next couple of months, things will start to turn around,” he predicted. “Money will be put back into the economy, banks will start loosening up and consumers will start regaining confidence. And that’s the key.”