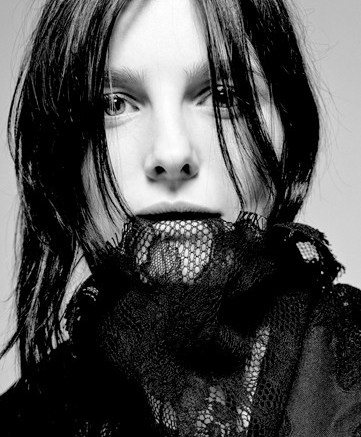 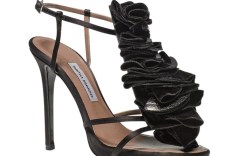 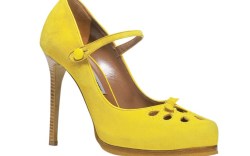 LONDON — As she heads into her second season, Tabitha Simmons is making waves in the luxe market.

The British designer’s debut line for fall ’09 was snapped up by a number of big retailers, including Harrods, Net-a-Porter, Colette, Corso Como, Neiman Marcus and Bergdorf Goodman.

“Tabitha’s shoes are contemporary and quirky, but are really easy to wear — and that is her formula for success,” said Holli Rogers, Net-a-Porter’s buying director. “She adds intricate details, such as hidden platforms, that are on trend but also practical. Our customers’ response to her debut collection has been impressive.”

The designer said her line is an evolution of her styling aesthetic (she has worked on various ad campaigns and runway shows for many designers including Alexander McQueen), and describes her take on footwear as “slightly more conservative” than recent runway trends. She said she hopes to provide what is lacking in a wardrobe — a simple suede Mary Jane style or a wedge, but nothing too “sparkly, glitzy or overly adorned.”

The 22-piece fall collection includes a canary-yellow, suede Mary Jane heel, thigh-high boots and booties, as well as sculptural wedges in an eye-catching mix of salmon, slate and prune suede.

“We have received great reactions from our customers in Beverly Hills, Calif., for Tabitha Simmons,” said Julee Butler, VP and DMM of ladies’ shoes for Neiman Marcus. “Our customer … loves the materials and the precision to detail on the shoes.”

“Colette is very happy to [carry] Tabitha Simmons shoes this season,” said a spokesperson for the Paris store. “This line, with its pure aesthetic, will, for sure, touch our consumers.”

Bergdorf Goodman has been “incredibly supportive from the beginning,” said Simmons, who plans to team up with the retailer during New York Fashion Week for a yet-to-be-revealed initiative. As part of the project, Simmons has enlisted the help of artist Anthony James and her photographer husband, Craig McDean.

Simmons said it is critical to build strong partnerships with her retail clients.

“I feel strongly in meeting with the staff and getting them excited about the shoes, and, in some cases, participating in staff incentive programs,” she said.

The designer has appointed a team to consult on various aspects of the business and continues to enjoy the help and advice of colleagues at Vogue, where she is a contributing editor. “The whole Vogue team has been incredibly supportive. They’re a tough audience, but that’s what I love about them,” she said.

Simmons will show her 29-style spring collection (which includes a new flat with a built-in platform) by appointment at her Chelsea-area home during New York Fashion Week, and at Le Meurice in Paris in October.