Retailers Get Social for Holiday 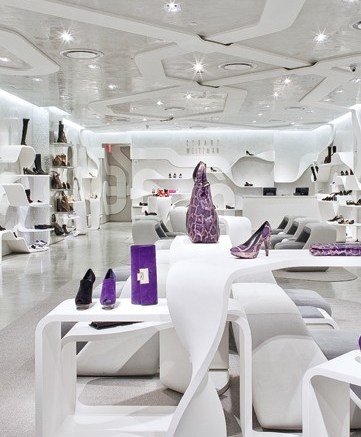 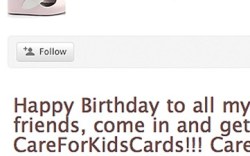 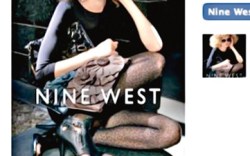 View Gallery 3 Images
With Black Friday and the holiday season fast approaching, retailers across the board are banking on social networking forums such as Facebook and Twitter to spark excitement for seasonal shopping.

“Retailers know that times are tough, so they have created promotions and incentives to help Americans save money this holiday season,” said Scott Silverman, executive director of Shop.org, a division of the National Retail Federation.

“Social networking will play a bigger role for brands this holiday than in years past,” said Stacy Lastrina, EVP of marketing for Jones Apparel Group. “Consumers are spending more time … online than ever before. Brands that can offer targeted incentives … through social media this holiday should see an increase in sales.”

Executives at Stuart Weitzman are seeking to use such sites as a way to drive traffic into the brand’s 34 shops across the country, said Wayne Kulkin, the company’s president of wholesale. Plans, he said, include using Facebook and Twitter as a means for the designer to make personal connections with his customers — from offering tips on how to pick a New Year’s shoe to creating interactive contests.

Department stores, too, have been taking a daily approach to reaching consumers online. Last week, Bloomingdale’s gave away several $25 gift cards on Twitter to shoppers who could answer trivia questions about the store, while Barneys New York was touting holiday merchandise to its 7,030 followers with this tweet: “When winter hits us in full blast, be prepared with this lovely Barneys exclusive from Moncler.” The Macy’s team used its Twitter feed to promote the debut of their holiday window display, which will open on Nov. 19, and Kmart tweeted about holiday layaway options.

The use of social networking, according to Shop.org’s holiday survey, is also expected to increase among established online retailers. Forty-seven percent said they are planning to more frequently use social media as the peak shopping season approaches. And though Black Friday is still weeks away, nearly a third of the 70 e-tailers polled said they plan to rev up holiday marketing starting this week.

Endless.com, for example, has increased its usage of the sites over the last three months, said company spokesperson Tracy Ogden, and it plans to use both avenues to update customers about new brand launches, key trends for the season and upcoming promotions.

Zappos.com, meanwhile, is looking to drive consumer traffic through its blog and Facebook updates, which already include daily videos showcasing the company’s laidback office environment, rather than promoting special products or sales. “People can expect to see a lot of how we celebrate the holidays and embrace our culture,” said Brett Houchin, Zappos’ blog and video supervisor. “It’s a nice, joyous time, and I hope we reflect that well on Facebook.”

Such postings, he added, have increased Zappos’ fan list from 3,000 followers to more than 23,000 in the last year, upping the opportunity for the site to connect with more potential customers as the holidays approach.

Independent retailers, on the other hand, are focusing on social networking sites to drive holiday events and promotions, including one-day sales and in-store events.

At Hot Rod in Los Angeles, owners Bernard Denney and Cameron Postforoosh are planning a “Cold Turkey” promotion the day after Thanksgiving to drive traffic, but the event — along with all specials and discounts at the shop — are only communicated through their exclusive Facebook and Twitter feeds and the store’s YouTube channel.

Tony Zelaya, owner of Zelaya Shoes in Bethesda, Md., has also been ramping up his online presence in recent months and will lean on his Twitter and Facebook pages to drive traffic during the holidays. “I’ll be continually saying ‘happy holidays’ and doing little promotions,” he said of his posts, which already include daily birthday greetings to consumers linked to his page.

Tom Mendes, owner of the Plaza Too shops in metropolitan New York, said he plans to depend heavily on the sites to promote in-store holiday parties this season. “It offers me the ability to do something different,” he said, noting that he expects a difficult holiday season but is hanging on to marketing dollars by using online mediums instead. “Women’s shoes, champagne and cupcakes. It won’t be hard [to get people to come in].”

Likewise, Jennifer Keen, owner of Seventy-Two Shoe Boutique, intends to rely heavily on the sites to drive holiday traffic at her six-month-old shop in Charlotte, N.C. Online promotions, she said, will begin on Black Friday and carry on through the new year.

“I’ll tweet some crazy doorbuster for the Friday after Thanksgiving,” she said. “I already have holiday shoes that I want to start promoting on Facebook.”