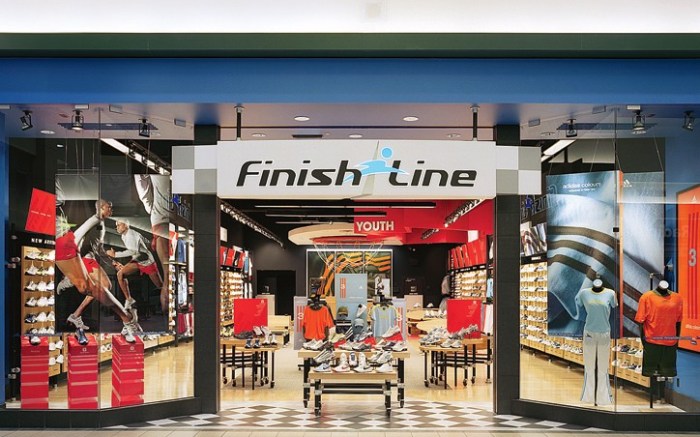 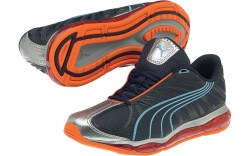 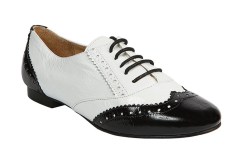 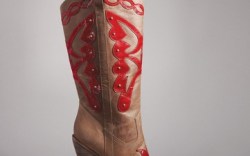 With early reads less than reassuring, most storeowners are prepared for flat comparisons or slight declines during the critical selling period.

“The reality is that the average price point could be less than last year,” said Scott Collins, GMM of DTLR. “When you couple that with people buying fewer pairs of shoes, it’s a recipe for disaster.”

Still, most believe that footwear will be a relative bright spot during the upcoming season, outpacing sales of other b-t-s items, such as apparel and electronics.

“Footwear is going to be a stride ahead of many other industries during back-to-school,” said Marshal Cohen, chief industry analyst at the NPD Group. “People either look at shoes as a necessity, or a passion that they’re not willing to give up. But people are going to be buying two pairs instead of four, and they’re going to be buying closer to need.”

NPD expects small negative declines of 2 percent to 3 percent for the majority of footwear retailers, while a select few might see 1 percent to 2 percent growth. “It will be challenging to see any gains, considering there will be fewer pairs [of shoes] purchased across the board,” Cohen said.

The International Council of Shopping Centers projects that footwear sales will decline by 1 percent during the months of July through September, versus a 2 percent uptick in last year’s b-t-s season. September will be the best month of the three, based on an easier sales comparison to last year, said ICSC’s chief economist, Michael Niemira, but he added that shoe demand will be choppy throughout the period.

Tough comparisons against last July and August will likely take a toll, as will the absence of stimulus checks, which padded consumers’ pockets in mid-2008. “Back-to-school spending last year was not spectacular, but most shopping occurred before the economy took a nosedive in September and October,” said Ellen Davis, VP at the National Retail Federation. Although the NRF will not release its official b-t-s survey results until later this week, Davis predicts that spending this season will be “flat or perhaps down somewhat from 2008.”

Davis also expects the survey results to demonstrate a consumer move to buying need-based footwear. “I expect parents to focus on more practical buys,” she said.

In preparation for that, Alan Paulenoff, EVP of the Nina Kids division, has adjusted his assortment to include more versatile styles. “People can’t just buy a pair for every outfit anymore,” he said. “Shoes need to be multipurpose. Our school shoes have a little twist to them to make them dressier, so she can wear them to church or a party, too.”

Others note that this b-t-s season will include more buy-now, wear-now purchases, particularly in the juniors’ market. “We still see customers remaining in sandals for back-to-school,” said Fred Kraft, DMM of shoes at The Bon-Ton Stores Inc., pointing to Rocket Dog and Skechers as key juniors’ brands. “We will move her from flat sandals to flat casuals and wedges as the cooler weather sets in.”

Rob Schmertz, brand director of Steve Madden, agreed. “We’re looking less at the calendar month today than we ever have before,” he said. As such, Steve Madden will eschew heavy winter styles for much of the b-t-s season, instead favoring fresh sandals in fall fabrics and open-toe shoes. “Girls wear peep-toe pumps as long as they can.”

But, Schmertz continued, the juniors’ customers will reliably buy into a new trend for b-t-s, no matter what the economy throws at them. “We love oxfords as a new way to get the girl into a flat other than the ballerina,” he said, adding that new versions of flat leather and suede boots will also give her a reason to buy.

The Camuto Group, parent of brands including Jessica Simpson, BCBGirls and Vince Camuto, is betting on an Americana trend for b-t-s, including round-toe Western boots, riding boots and flat boots, said Gene Berkowitz, president of sales. “Newness in fashion makes her want to shop,” he explained. But, Berkowitz cautioned, teen shopping patterns have demonstrated that “what’s right has been very right, and what’s wrong hasn’t even spiked when it’s marked down. When the customer isn’t sure about a trend, she won’t spend the money, either at regular price or on sale.”

Getting shoppers into the store could be another challenge during the season, as most retailers acknowledge that mall traffic continues to decline. “You can’t just sit back and hope people come to your store,” said DTLR’s Collins. “We feel there are some significant opportunities out there in marketing because a lot of people aren’t putting the spend into it this year. If you’re one of the few spending, you can get more for your dollar.”

The online marketing arena is a popular pick this fall, as many mainstream retailers have tuned in to the opportunities in social networking. Brown Shoe Co.’s Famous Footwear division last weekend launched a multichannel b-t-s campaign called “Make Today Famous,” which will run on television and radio, as well as online using blogging, viral video clips, Facebook, YouTube and Twitter.

Kmart and Sears will also be appealing to b-t-s consumers via social networking. “The retailer has more arrows in the quiver now,” said Nick Grayston, SVP and president of footwear at both retailers. “Traditional forms of marketing still exist, but there are so many other, more cost-effective modes [of marketing] to reach those consumers.”

Targeted promotions, continued Grayston, should also help move inventory. Kmart is emphasizing “everyday low pricing” in its advertising throughout b-t-s, and Grayston hopes it will move inventory before it needs to be promoted. “Highlighting that [a shoe] is at an everyday low price gives consumers confidence that they’re not going to see it cheaper the subsequent week,” he said.

With stock much lighter at most retailers, the widespread promotions experienced by the footwear industry during last year’s b-t-s season are unlikely to occur. However, questions remain around whether the consumer is prepared to pay full price after many months of markdowns. And while the first quarter of 2009 appeared to usher in a more regular selling environment, most footwear retailers were forced to take major price cuts in May and June, which could make it difficult to ask shoppers to go without price promotions for b-t-s.

“If retailers stay disciplined and sell their best products at full price, you’ll see that product continue to hold its value and sell beyond the back-to-school season and into the fall,” said Sam Sato, EVP and chief merchandising officer at The Finish Line.

But even Finish Line will have to play the promotions game if other retailers pull the trigger on sales early, Sato explained. “We’re going to have to take considerations around being price competitive.”

For their part, analysts said the dearth of inventory should help retrain consumers toward full-price spending, said Jeffrey Van Sinderen, a senior analyst with B. Riley & Co. “They’ll learn that if they go out and see it at full price, but don’t buy it, it might not be there when they come back to get it on sale,” he explained. “The fact that inventories are leaner might finally start to tick things in that direction.”

And, noted Piper Jaffray & Co. senior analyst Jeffrey Klinefelter, most retailers would rather take the chance of being too light on inventory, even if it affects their top line. “Inventory levels are clearly low,” he said, “but retailers are willing to accept the risk [of not having enough inventory], given a vastly improved profit outlook.”

NPD Group’s Cohen said he believes some retailers may have gone overboard while tightening inventory. “Many of the department stores have minimized their assortments, but in their attempts to limit inventory, they’ve made their stores less exciting for the customer,” he said.

However, Cohen added, online retailers with a larger footwear depth and assortment stand to benefit from anemic brick-and-mortar inventory levels.

ShoeMall.com, which launched a childrens’ category last spring, expects to double its kids’ sales during b-t-s.

“Brick-and-mortar stores are struggling,” said ShoeMall buyer Rachel Funk. “Many have closed due to the economy, and others are really limited in their kids’ selections. We’ve reforecasted our buys to make sure we’ve covered all our bases to have every style and size. We’re going to be in a great inventory position.”

Although the b-t-s season has barely begun, many analysts are already eyeing the holiday period for possible gains, thanks to easing comparisons. “We’re not looking for an outstanding back-to-school season, but we do think it will be a much better holiday than last year,” said Piper Jaffray’s Klinefelter.

It won’t take much to achieve better results than last year’s back half, added Van Sinderen. “It was like the consumer shut off in September last year. Even if we come up just a little bit, it will be better than the frozen consumer at the end of [2008].”