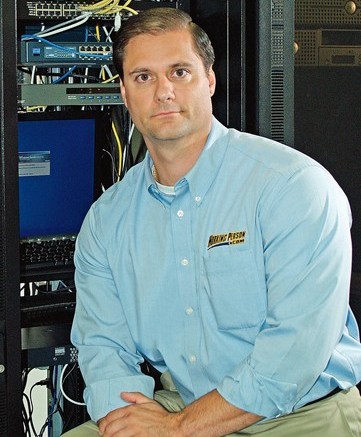 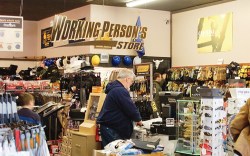 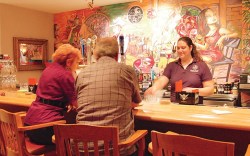 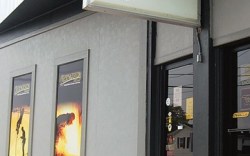 Home Grown
When Dennis Deniger retired early from his executive job, sitting back and relaxing were not on his agenda. Instead, in 1995 he bought a shoe repair business located in South Bend, Ind., then doing $60,000 in business a year. It didn’t take long before the entrepreneur introduced work footwear, followed two years later by the addition of related apparel.

Since then, the operation has evolved into a three-pronged business: Working Person’s Store, a brick-and-mortar unit in nearby Lakeville, Ind.; a shoe mobile that can travel to its customers’ workplaces; and an Internet business, which launched in 2004. According to Deniger’s son Eric Deniger (at left), CEO of holding company Working Person’s Enterprises, the privately held company expects to post revenues of roughly $10 million in 2009 for the combined business units, up almost 20 percent from 2008. And the younger Deniger anticipates roughly the same amount of growth next year.

Although Working Person’s Store may have small-town roots, its reach goes way beyond its small Midwestern town. Today, 20 percent of business is done at the store location, 60 percent online, and the remaining through its shoe mobile, catalog and outside sales teams. Looking ahead, Deniger expects its Website, Workingperson.com, to be the operation’s greatest growth opportunity. “We haven’t even begun. It’s about convenience, great prices, selection and zero liability,” he said of the company’s price guarantee, free shipping on orders of $50 or more, and free returns for product exchanges.

The Right Mix
The selection at Working Person’s Store is pretty straightforward. Focused on head-to-toe work gear, the store devotes half its merchandise to footwear. The top five brands are Wolverine, Timberland Pro, Carolina, Rocky and Danner, with about 350 styles in stock. While $130 had been a sweet spot for the store, Eric Deniger said the economy has driven it down to $99 to $109.

Service Issues
Deniger prefers to do business the old sit-and-fit way. “If it takes two hours, we do it,” he said about the one-on-one time sales associates spend with customers. “Because the store has built its reputation around the fitting experience, [our clientele] could not walk into a big-box store and leave satisfied.” Open seven days a week, the store has two to three salespeople on the floor during the day and four in the evenings.

Promotional Strategies
The store relies on billboard advertising and TV spots on ESPN and the NBC morning news. Its owners also reached out to consumers through a co-sponsorship last May with country radio station B100, which hosted its own birthday bash. Held in the 4-H fairgrounds in South Bend, the event attracted 30,000 people, Deniger said. Working Person’s Store was featured on banners on the main stage, in addition to having its shoe mobile on-site.

By Design
The 10,000-sq.-ft. store has a no-frills approach to decor, with product shown on wall displays and freestanding racks. For shoppers with an appetite, an eatery called The Buffalo Rose, a sports bar and pizzeria (below), was added in May. “[My father] talked for 15 years about joining a restaurant with the store,” said Deniger. “People drive to see us, and then head back [home].”

Facing Challenges
The northern Indiana region is home to the RV industry, which has recently experienced a sales slump due to the economy, resulting in layoffs and plant closings. According to Deniger, there also has been a dip in general manufacturing jobs as well as those in the service sector. However, he noted, customers are committed to value and quality and are not ready to trade down when it comes to their work wear. Instead, they’re more likely to wait longer to replace their footwear or opt to fix their boots at the store’s shoe repair shop.

Feedback
Working Person’s understands how to connect with customers, said John Estes, national sales manager for Wolverine, which has partnered with the retailer for online promotions. “This interaction has been invaluable in learning about our customers and reaching them in an authentic and emotional way,” he said.

Jason Brooks, VP of sales for Georgia Boot and Rocky Work, said the store’s Web business has also been key for Rocky Brands Inc. “They started out like every other store, then got into the Web business,” he said. “And very quickly, they became one of our largest customers in the Midwest. They try new product and represent our brands well.”

The Lakeville Scene
Neighborhood vibe: The small town of 400 is located on U.S. Highway 31 South, a four-lane road that cuts directly through the town. Its close proximity to the University of Notre Dame and area hospitals, as well as local professional businesses, including law firms, draws customers from outside the blue-collar trades.

Customer base: Tradesman, high school students and weekend warriors within a 50-mile radius make up the clientele. “Lawyers get all duded up and go chop wood [on the weekends],” said Deniger. “We love those guys.” Students, on the other hand, like the fashion aspect of work wear, while many living in nearby rural areas do farm work and require performance work footwear. Added to this, Deniger said, is the ongoing construction projects from neighboring Notre Dame. “There are contractors all over,” he said.

Competition: Wal-Mart and Famous Footwear are located about six miles north in South Bend, while Dick’s Sporting Goods is in nearby Mishawaka, Ind. Deniger, however, noted that Working Person’s “service, selection and price give us an edge.”