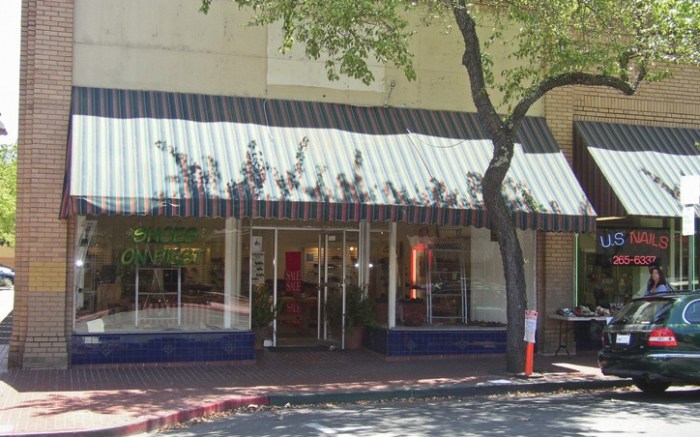 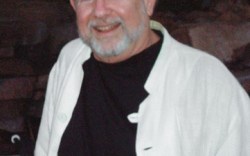 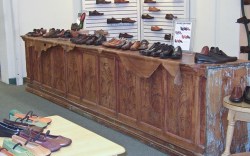 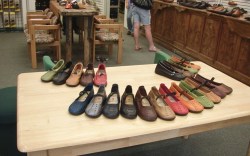 After more than five decades in the shoe business, from working as buyer at Macy’s to sales manager at Ecco, Phil Aved went into business for himself. A decade ago, he opened Shoes on First, a fashion-comfort store in his own backyard of Napa, Calif. Aved said he made the move into the world of independent retail, in part, to teach his daughter Brooke the footwear ropes. He also used the store to test his own line of Zeeta comfort footwear. While his daughter has since moved on within the industry, Aved continues to run the 2,300-sq.-ft. store, which carries a full lineup of Euro-comfort brands. Although he shuttered Zeeta in 2006, due to high operating costs, he’s managed to keep Shoes on First running despite the economic downturn. With another 10 years on the store’s lease, the 70-year-old retailer said he is ready to weather the current retail storm and is even considering going back into manufacturing. “I see so many holes in what’s presented at retail,” he said. “I’ve got a bug to do something.”

The Right Mix
Shoes on First focuses on European brands priced from $100 to $500, and includes Dansko, Finn Comfort, Vital, Think, 1803, Mephisto, Rieker, Arcopedico and Gabor, as well as U.S.-based Michael Toschi. Aved said he dropped hot seller MBT when online retailers began selling the brand at lower prices. “If there’s a $100 disparity between what I ask and what they see on the Internet, I can’t be part of it,” Aved said. To dress up the selling floor, Aved stocks, “something kicky and cute and different,” such as a Mary Jane style from Arcopedico in 12 colors. Color is a key factor for the store owner. “When people go out and spend their money, do they buy a replacement black shoe? No,” said Aved.

Service Issues
The retailer prefers to do business the old sit-and-fit way. “The policy is in stone,” he said. “Every customer is seated, gets both feet measured and sees every shoe in the store in their size till they yell ‘Whoa!’” He recalled one Saturday when a woman came in and explained that her husband had experienced a stroke and now suffered from sensitive feet. “He needed soft shoes,” said Aved, who was able to meet his needs with multiple brands, including Mephisto and 1803. In fact, the sale totaled $7,200. “The department stores couldn’t help them,” Aved said. “I was willing to spend the time with him. People on the fitting floor with limited experience would shy away from [customers] like that.”

By Design
The store, previously a Hallmark location last remodeled in the early 1950s, gave Aved plenty of opportunity to demonstrate his do-it-yourself decorating skills. “I wanted to put in things that are fun to look at,” he said. The interior is dotted with his finds, from a 14-foot carved wooden bar from Sonora, Mexico, to Navajo rugs that Aved’s grandfather acquired in 1912. The eclectic look fits in with downtown Napa, tying the store’s interior to the landmarks around it such as the Goodman Library, a 1901 building that is home to Napa’s historical society.

Promotional Strategies
Aved requires his two-person staff to contact 20 customers a day by phone or mail, personally tracking the results. He counts 30,000 names on his contact list. To encourage foot traffic, the store hosts events such as wine tastings and foot analyses, and has teamed with local apparel retailers to promote the new season’s fashions. However, Aved said, the best way to build up his clientele is to focus on the price-value equation. He shies away from China-made footwear priced similar to European goods. “[Generally, customers] feel there is more value with European-made goods.” But Aved also is exploring other sourcing opportunities. He has contacted fellow fashion-comfort independents about buying private-label shoes as a group. “Mexico and Brazil have some wonderful quality,” he said, noting favorable exchange rates in those countries.

Facing Challenges
Downtown Napa is an old-fashioned area with a number of small businesses. Due to a downturn in the local economy over the past several years, hotel occupancy has been on the decline, rebounding just over the past several months. Additional fallout has included the closing of Copia, a nearby wine, food and arts center, which brought tourists and locals to the downtown area. To make matters worse, several key conventions in the area have been canceled. The result, said Aved, was a 50 percent drop in business over the past two years, from $1 million to $500,000 in sales. He added that because many building projects were under way downtown, access to his store was limited. Although construction is now complete, new buildings remain empty. In order to stay on course, Aved has been forced to lay off part-time staff, keeping two longtime, full-time employees. Now, he also works the floor himself.

Feedback
Aved has a tough but imaginative approach to buying, said brand representatives who have worked with him for years. “I really appreciate his emotional response to shoes,” said Patty Ficke, a rep for Finn Comfort. “You show him a mundane men’s shoe, but it has a yellow stripe on the outsole — that’s cool to him.” Aved will survive the current downturn, said David Baccus, the rep for 1803. “Phil has been through this many times. He still has the ability to keep things fresh. Even with the cutbacks, he gets new things coming in to keep the customer excited.”

The Napa scene:
Neighborhood vibe: Napa is America’s premier wine-growing area and offers upscale restaurants, wineries and inns, plus a historical downtown.
Customer base: International and American tourists, but also locals, including chefs and students at the Culinary Institute of America.
Competition: There are no nearby comfort stores, but the outlet center a mile from downtown holds several shoe stores, such as Cole Haan and Nine West. Aved said, “They sell shoes for the price I get for an insole.”