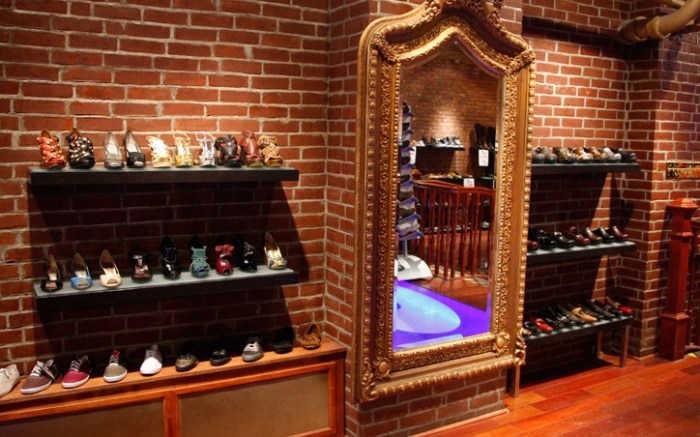 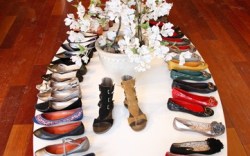 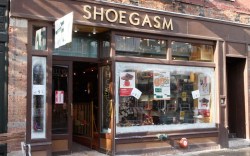 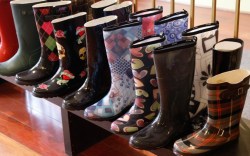 When Farshad Noorani and Eddie Cuevas opened their women’s shoe store on New York’s 23rd Street in 1999, they settled on the name Ubu.

But as the store garnered a following, the partners noticed customers referring to it not by its formal name but by its slogan, “Shoegasm,” prompting them to switch the store’s name to the more provocative moniker. “It just stuck,” Cuevas said.

As business thrived, the two rolled out additional Shoegasm doors in New York’s Meatpacking District and Tribeca neighborhoods in 2004 and 2006, respectively. They intentionally picked spots where the stores’ moderate prices would stand out amid their luxe neighbors. “We chose the locations because they weren’t mainstream, they weren’t where everyone else [in our price range] was,” said Cuevas.

Shoegasm customers are in search of on-trend product at moderate prices, according to Cuevas. Jeffrey Campbell, Gil Torres and Chelsea Crew are among the retailer’s bestselling brands, but Cuevas insisted that the focus is not brand names but how the shoes look. In fact, he said, the store prefers to steer clear of mainstream lines stocked by its competitors to give Shoegasm a point of difference. Prices run from $49 to $300, but the $89 price point is the store’s “bread and butter,” Cuevas said, noting that it is affordable, but still above the competitive low prices offered by discounters such as DSW.

A small assortment of men’s shoes, from brands including Clarks and PF Flyers, is stocked at all three stores. The category, Cuevas said, accounts for roughly 15 percent of sales.

Looking ahead, Shoegasm is considering adding accessories such as handbags and jewelry to add variety without increasing footwear inventory. The retailer also is seeking to bow a Shoegasm-branded women’s line. “Carrying your own brand of footwear is always a plus as far as the markup,” Cuevas said. “It’s a way of growing the business and taking advantage of your reputation and name.”

When it comes to customer service, Shoegasm’s strategy is simple: All employees, which number about five per store, are asked to be approachable and up-to-speed on fashion trends and top merchandise so they can make relevant suggestions on what to buy. Cuevas also personally works the sales floor as much as possible. “I like to see what customers are buying and get feedback from them,” he said. “It’s key that every buyer be on the floor.”

For now, Shoegasm relies exclusively on word of mouth for promotion, but Cuevas said the retailer plans to increase its direct marketing efforts, including e-mails and text messages. And while many independents are offering steep promotions to drive traffic, Shoegasm is taking a different tack. The retailer is rewarding repeat customers with discount incentives to bolster store loyalty. “It won’t be 50 percent-off for whomever comes in the door,” Cuevas explained. “We want that girl who is faithful to Shoegasm.”

The store also uses Twitter to keep customers updated on product news and trends and to promote in-store events. “It has really helped generate buzz,” said Cuevas. “You have to be different nowadays.”

Shoegasm’s owners had a specific design concept for the store: They didn’t want it to look or feel like a shoe store. Instead, they opted for soft lighting and exposed brick walls, antique furniture and a bar at the register to evoke the feeling of being in a loft apartment.

Shoes are grouped by category, with new items positioned prominently at the forefront of displays. “Customers want to see new merchandise all the time,” Cuevas said. “We try to keep that flow going, to bring in new styles and liquidate whatever doesn’t go fast.”

In the difficult economic climate, Cuevas said, Shoegasm’s biggest challenge is not slow store traffic — shoppers are still coming into the store — it’s an overall reluctance to spend. “Customers want to buy; they just can’t buy as much. So we’re going to cut down our inventory, but try to keep it fresh and exciting,” he said. Adjusting the buying strategy is a first for Cuevas, who traditionally carries a large product mix with lots of choices. In scaling back, the key, he stressed, will be to continue to deliver a compelling assortment distinguished by pops of color. “We have to give the customer a reason to buy. They already have enough black and brown shoes in their closets. That’s no reason to bring them into the store.”

The recession also has forced Shoegasm to put the brakes on store expansion, as well as plans to add higher-priced brands. But when the economy improves, Cuevas believes there will be renewed opportunity for growth. “Before [the recession], it was a bubble,” he said. “Everything was inflated, with too many retail shops, and rents were outrageous,” he said. “This will hopefully bring everything back to normal.”

Designer Jeffrey Campbell said a key factor in Shoegasm’s success is Cuevas’ hands-on approach. “Eddie spends so much time working with customers. He knows what is [selling], why and to whom,” said Campbell. “He’s also very open to the opinions of his employees and vendors.”

Jay Randhawa, brand director for Naughty Monkey, praised Cuevas’ eye as a buyer and his knack for spotting key trends. “Eddie is an exceptionally astute buyer. He knows the trends and identifies the winners season after season,” he said.

Customer base: Teens to fortysomethings in search of on-trend product at affordable prices.

Competition: Shoegasm’s main competitors include other moderately priced shoe boutiques in the downtown area, among them Saga and Miz Mooz.