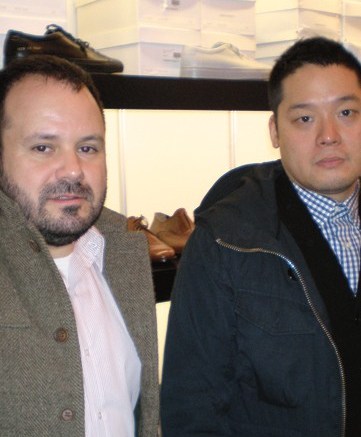 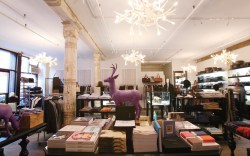 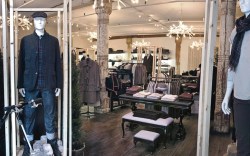 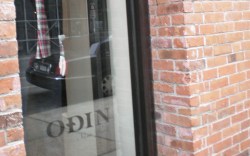 In just five years, men’s wear store Odin New York has become a leading independent retailer in Manhattan. Co-owners Eddy Chai and Paul Birardi launched the store on East 11th Street in 2004 with the aim to offer pieces by emerging designers as well as established brands.

“When we first opened, there was an absence in the market for men,” Chai said. “I didn’t think some of the more reputable brands with higher price points were really in the East Village.”

In 2006, Birardi, who previously worked as a buyer for Macy’s, and Chai, a former advertising art director, opened a second location further downtown on Lafayette Street. At 2,000 square feet, the newer Odin became the flagship (the original store is about 650 square feet). With the opening of the new store, Birardi and Chai dramatially increased their footwear offering, which now accounts for about 15 percent of the assortment.

A year later, in the space next to the original Odin, the duo opened Den, a constantly changing store dedicated to a different designer or brand. And just last September, they ventured into women’s wear with Pas de Deux on the other side.

THE RIGHT MIX
If Odin carries a brand’s apparel, it probably also carries the footwear. As more of the designers featured at Odin have expanded into footwear, the store has increased its shoe offering .

“We’re definitely growing,” said Birardi. “When we started, it was all sneaker-based. We slowly moved into dressier shoes, and we are just trying to ramp that up now.”

Among the footwear brands carried are Common Projects (also the best-seller), Repetto, Grenson, Rag & Bone, YMC and Y’s by Yohji Yamamoto. For spring ’09, the pair brought in Our Legacy from Sweden and collaborated with Grenson for special-edition dress shoes. This fall, they will add Florsheim by Duckie Brown. Price points range from $80 to $370 for sneakers and from $275 to $700 for dress shoes and boots.

Chai and Birardi also carry apparel by such brands as Engineered Garments, as well as a selection of jewelry, fragrance and grooming products for men — always using their own taste as a barometer.

“We don’t want any duplication,” Birardi said. “If [a brand] is covering something for us, we’re not going to look to someone else to do the exact same thing.”

SERVICE ISSUES
Among the four stores, about 25 full- and part-time employees are on staff. “Our philosophy is that we want the employees to notice the customers, help them with anything they need and give them suggestions, [understanding that] a good majority of our customers know what they’re looking for,” said Birardi. “It’s about keeping that equal balance of not being intrusive, but being of assistance.”

PROMOTIONAL STRATEGIES
“We don’t do too much promotion,” said Chai. Instead, Odin relies on word of mouth and a certain buzz factor to get the message out. In fact, when the first store opened, it garnered much attention for its lack of signage on the exterior.

These days, every reopening of Den is a special event. “We really do gut the store and make it the aesthetic of the designer that’s coming in,” said Birardi. “The store has a completely different feel [each time].” Chai’s brother, ready-to-wear designer Richard Chai, set up shop there at the end of February.

An Odin e-commerce site launched last November, which has helped to increase awareness of the store. The owners also maintain a mailing list, but they say they only use it about three times a season.

BY DESIGN
Chai and Birardi decorated each store themselves. They embraced the raw space at the Lafayette location, a former Chinese noodle factory, and incorporated existing wooden columns into the design of the store. Jason Miller, a Brooklyn, N.Y.-based artist, provided the porcelain chandeliers. Some of the other pieces are eBay finds.

FACING CHALLENGES
Until last year, Birardi held a full-time job on top of his responsibilities at Odin. “We’re still a mom-and-pop organization,” Chai said. “I’m still sweeping up the floors.”

Although business has significantly grown over the years, both owners say there are always difficulties. The economy, however, hasn’t posed a huge challenge — at least so far. “We held on this season,” said Birardi. “We were OK with our inventory, so we weren’t sitting on a ton. We were able to maintain our regular markdown [schedule].”

Part of the goal for the future will be nurturing Odin’s reputation as a top trend-spotting men’s boutique. “We are kind of taking a step back to make sure we keep evolving in the right direction,” said Birardi. “For us, the next focus will be private-label ventures.”

FEEDBACK
Tull Price, who collaborates on Rag & Bone’s footwear collection, said selling the brand’s shoes at Odin was a natural move after working with the store for a few years on the clothing end of things. “Odin has been one of Rag & Bone’s most important New York accounts since they first started carrying the [clothing] line in fall ’06,” said Price. “Their great eye translates across their store aesthetic and collection of brands.”

Joe Hutchings, global marketing director for Grenson, said the recent partnership with Odin was a good match. “We were thrilled to be working with Odin on a collaboration that used our experience in the art of English shoemaking and their modern styling and strong brand image,” he said.

THE LAFAYETTE STREET SCENE
Neighborhood vibe: Odin’s flagship store is located at the intersection of Soho, Nolita and Chinatown. The area has fostered a growing downtown retail scene over the last few years.

Customer base: When Odin first opened, it catered mainly to male professionals in creative fields, but as the store has grown it has attracted college students and even women.

Competition: Other high-end, multi-brand retailers with men’s footwear offerings in the area include Bloomingdale’s Soho and Opening Ceremony.