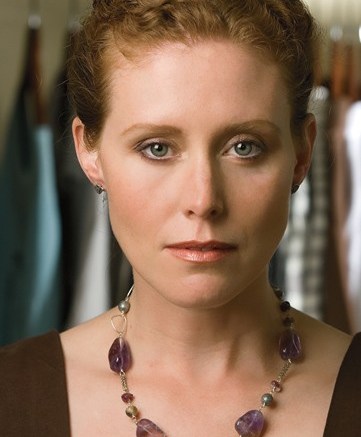 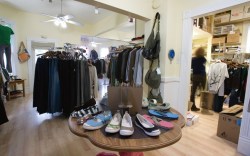 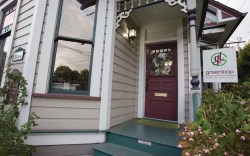 Aysia Wright was a lawyer and environmental activist in the spring of 2004, when she decided that fashion retail would be her next challenge. “I wanted to get out of practicing law, and I felt that fashion is so pervasive it can serve as a catalyst, and it was a really good platform for an environmental message,” she said. In September of that year, Wright founded her 900-sq.-ft. Portland, Ore., eco-boutique, Greenloop, and launched a Website soon after. Both carry a mix of clothing and footwear. In the beginning, it wasn’t easy to grow her niche — with green retail not as recognizable or widespread as it is today, and with fewer brands to choose from. But working in a field she’s so passionate about has its upside. “It was a huge challenge,” Wright said, “but it’s fun. And within the design community, [green brands] are a nice group of people to work for and advocate for.”

THE RIGHT MIX
To be considered for Greenloop, Wright said, brands have to fill out a detailed questionnaire about where they manufacture, what textiles they use, where they source and more. Decisions are made on a case-by-case basis — but no matter how good the green pedigree is, she said, the shoes have to be durable and trend-right. If not, Wright explained, “[the shoes] are inherently unsustainable because no one will wear them and they won’t last.” Greenloop stocks shoes from Beyond Skin, Melissa Shoes, Toms, Simple, Terra Plana, Autonomie Project and Charmoné. Prices range from $30 to $350, and shoes, available for men and women, account for 15 percent to 20 percent of the store’s business, which registers slightly less than $1 million a year. Variety, Wright said, is key: “There’s a little something for everyone.”

SERVICE ISSUES
The main mission online and off is communicating eco-credentials and features to shoppers, and Wright employs a staff of five to manage both. For the e-commerce site, operated out of the store, Wright’s employees work to provide online shoppers with the same information they could get in-store. They use brand pages to explain each supplier’s mission, and a staff blog talks up environmental causes and green issues in the world. “It’s easier to convey the info online, quite frankly,” Wright said. “You can open a conversation and allow [customers] to explore for themselves. And you reach a much broader population on the Web than you can in a physical store.”

BY DESIGN
When it came to designing Greenloop’s space, housed inside a converted Victorian-era house, Wright did the work herself. She said she put a premium on making the store sustainable, which resulted in an eclectic, casual look. “All our displays come from repurposed, recycled fixtures,” she said. “It’s nothing terribly fancy — we tried to buy nothing new.” Painting and other finishing was done with green-certified, low-toxicity materials, and the store buys its energy through a program offered by Portland General Electric that sources power through wind and other means. That do-it-yourself mentality also drove the design of Thegreenloop.com, which was handled by Wright’s business partner, Jake Schirm.

PROMOTIONAL STRATEGIES
Reaching out to her customers directly is at the heart of Wright’s strategy — and with so much of her business coming through the Website, that means expanding her social networking, she said. “The customer is going to have to be open to communication from us,” she said. “Twitter, RSS feeds, MySpace, Facebook — and we try to get involved with the shopping sites, as well.” Another facet of her customer outreach is her changing sale policy. For a while, she said, Greenloop had been taking markdowns as needed to clear inventory. But this season, Wright said, she’s switching to a private-sale model. “I don’t always want to have a product on sale,” she said. Taking a proactive stance in a recession, Wright said she wants to move away from discounting. “Goods should be paid for full-price, and we should probably have to work a little harder to get a deal,” she said.

FACING CHALLENGES
While Wright said it has gotten easier to find new lines that meet her criteria, it can still be difficult to stock more affordable green fashion. “I want to make the product more accessible to a broader range of incomes,” she said. In the past, Wright said, some of the more sustainable options were “typically more expensive than customers could afford to spend, no matter how much they wanted to support responsible companies.” While she’s seen some progress, Wright said she’s still looking. “There are a few somewhat interesting basic lines, but finding small, responsible companies to fill in the void — that’s the challenge.”

FEEDBACK
Jodi Koskella, VP of Charmoné, said Wright’s and her team’s thoroughness in vetting brands has made the Greenloop Website a destination — and a valuable account to be stocked in. At the beginning of their association, Koskella said, “they asked a lot of questions. They weren’t going to take anybody just because you said you were green.” Koskella said making it past Wright’s screening process accords a lot of respect: “There’s a credibility that comes with being with Greenloop.”

The Website also gets a lot of attention from green-seeking shoppers and the press, which Sasha Mayer, the U.S. rep of the British-based Beyond Skin line, has called “essential” to the label’s growth in the U.S. “The site is key: We direct everyone there,” Mayer said, adding that it’s been a major boost to business. “The press and [customers] are familiar with Greenloop. It’s become the Zappos of sustainable brands.”

THE PORTLAND SCENE
Neighborhood vibe: The Sellwood area in Portland’s southeast is known for its small-town feel and many antique shops.

Customer base: Greenloop is surrounded by young families and attracts local shoppers in their early 20s to early 50s looking for casual basics. Thegreenloop.com draws shoppers from across the U.S., often hunting for more fashion-forward sustainable styles.

Competition: Wright said she considers her fellow eco-retailers confederates: “The market is big enough that there’s no reason we can’t coexist and support each other.” Her biggest competitors, she said, are other Internet sites that sell her brands.