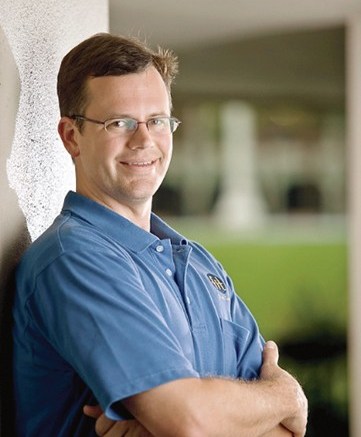 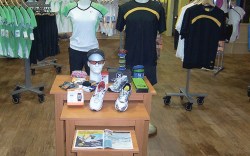 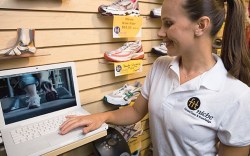 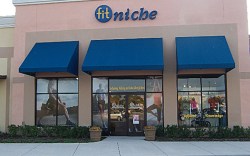 For Rich Wills, owner of Lakeland, Fla., specialty running and fitness shop Fit Niche, the 2,000-sq.-ft. store is the fulfillment of a longtime dream. “I’ve always had an entrepreneurial bent, and I was chafing in a corporate environment,” said Wills, a former project manager for the Publix supermarket chain. A runner and triathlete, Wills said opening a running store in his east-of-Tampa hometown was an easy choice.

Since its founding four years ago, Fit Niche has managed double-digit growth, but operating as an independent shop in a tough economy has posed its challenges. To keep business moving, Wills focuses on two aspects: First is a metrics-driven approach to all the store’s decisions, from buying to advertising to employee compensation. The second is a tight focus on the customer’s needs. “It’s our goal to help the customer find product, but also to share information,” Wills said. “I want us to be seen as a resource for information.”

Making merchandising decisions for Fit Niche’s active runners and walkers comes down to the numbers, Wills said. The store targets active lifestyle shoppers by mixing some of the most powerful names in running and walking — New Balance, Nike, Brooks, Asics, Mizuno, Saucony — with more casual offerings from Ryder, Chaco and Ecco. And because footwear makes up 65 percent of the business (skewed toward women, who account for 60 percent of sales), making sure each SKU deserves the space is key. “We look at our business from the perspective of [each shoe] earning its place on the wall,” Wills said.

Bringing in new brands and styles to keep the inventory fresh is also a major focus. Somnio running shoes, a customizable, high-end technical running product, has been in the store for a few weeks, Wills said, and the store has been seeing good add-on sales from Vibram’s Five Fingers shoes.

An e-mail-only newsletter updates customers on promotions and activities, but Wills said Fit Niche will be taking on a new advertising medium in the next month or so: cable TV. Though he called the initiative a “big expenditure,” Wills predicted it would reach a lot of potential customers. And while the retailer said the store already has a Facebook page, it plans to start a Twitter account in 2010.

Fit Niche’s current store, located in an outdoor plaza mall, opened in April 2008, replacing the much smaller first location. Wills designed the space with the input of consultant Parker Karnen. His goal was for it to look open and airy, but full. The shoe wall gets prime billing in the space, located to the left of the main entrance, with women’s apparel on the right. Men’s apparel is grouped in an alcove in the back.

Wills said that keeping his 11 mostly part-time staffers motivated, engaged and knowledgeable is key to his twin goals of maintaining profitability while providing great customer service. (Wills, a manager and a shoe buyer, works full time at Fit Niche.) Staff members are trained to fit customers using the Brannock device, a treadmill for gait analysis and an Aetrex pressure pad to get a sense of foot structure.

To keep staffers apprised of the latest products, training info or internal issues, Wills said he sends out a weekly e-mail to keep current topics top of mind. And he puts his money where his mouth is: In the last six months, the store has switched its employee compensation model to pay bonuses to employees based on their average transaction size and the number of dollars per return. “It just made sense,” he said. “We’re trying to drive these two metrics, so why not pay people for successful performance against [those metrics]?”

Despite the struggling economy, Fit Niche has been able to maintain double-digit sales growth, mostly due to accessories and footwear sales. Apparel, however, has been a soft spot: “It’s down, but it seems to be coming back somewhat,” Wills said. “But [growth in footwear] has outpaced the decline.” The store’s medical referral business — which accounts for a significant chunk of its sales, has also seen a decline, he said. To combat the drop off, Fit Niche has one employee dedicated to doing outreach with a particular focus on doctor’s offices, health fairs and other venues.

“Fit Niche creates a unique in-store environment, with great customer service and gait analysis to make sure runners are in the correct shoes,” said Fred Doyle, VP of field sales for Lexington, Mass.-based Saucony. Doyle also hailed the store’s outreach to customers. “They are very active in the running community, putting on events and assisting others.”

Phil Loftis, Florida elite sales rep for Boston-based New Balance, agreed. “Rich and his staff have a really good knowledge of the technical side of footwear,” he said. “[And] they’re really on top of it as far as servicing customers.”

Neighborhood vibe: Fit Niche sits in an outdoor mall on the west side of town and shares space with mostly national chain apparel stores and some restaurants.

Customer base: The majority of Fit Niche’s customers are active men and women in the 35 to 55 range, although the store does some family business as well.

Competition: Chain athletic stores including The Finish Line, Foot Locker and The Sports Authority are located on the other side of town. The distance, Wills said, means Fit Niche doesn’t have to slavishly follow the other stores’ pricing. “People shop them, we know that,” he said, “but we do our own thing.”