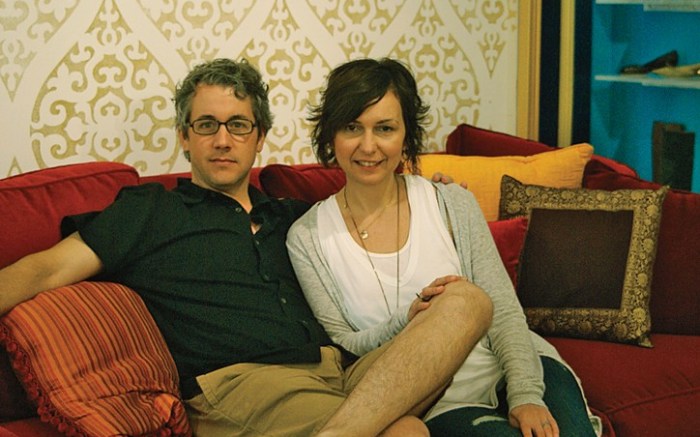 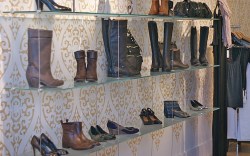 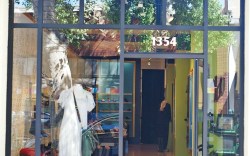 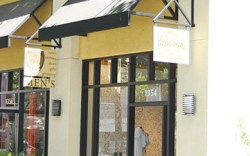 For years, shoe lover Tamara Vladic dreamed of opening a footwear boutique, but “found 50 reasons not to do it.” Having absolutely no retail experience, the then-software marketing manager felt daunted. “It seemed so complicated and scary,” she said.

Then one day her husband, Jonathan Bartlett, obtained a business license and seller’s permit and surprised her with a phone call. The die was cast. The enterprising couple opened Deliciouz in Walnut Creek, Calif., in 2004, and last March, relocated to a slightly smaller, 900-sq.-ft. space two blocks down the street. Vladic said the new spot is more ideal for showcasing their trendy wares and for capturing foot traffic. Next up, the couple is looking to grow their business by launching an e-commerce site.

Vladic gravitates toward “new and different” European and American designers, but she doesn’t forget her suburban locale. “It can be tricky, even though people know us more as a ‘city’ store, rather than something safe,” she said.

Top sellers include Chie Mihara, Argila, Calleen Cordero, Pedro Garcia, Alberto Fermani and Belle by Sigerson Morrison. Vladic also cultivates up-and-coming labels such as Martha Davis. “Sometimes you need something for that shock-value to put in the window, so people say, ‘Whoa! I’ve got to go in there,’” she said.

For spring ’10, Deliciouz will feature modified renditions of the gladiator and wooden wedges with back zippers in muted hues with pops of color. And Vladic said she plans to revisit last year’s strategy of offering affordable options in the $100-to-$200 range from Corso Como, Pour La Victoire, Pretty Ballerinas and Re-mix Vintage.

It’s also more personal: Vladic is vigilant about e-mailing customers when favorite lines arrive and also sending out postcards. Deliciouz collaborates with other local boutiques on cross-promotions and frequently hosts champagne or dessert parties, offering discounts or a mani-pedi at a local salon with $500-plus purchases. Vladic’s staff continually phones would-be guests — sometimes as many as a thousand — to remind them about upcoming store events.

Bringing in new customers is the biggest challenge for Vladic and Bartlett. “There are definitely people who’ve become followers and there are some old ones from the beginning who’ve disappeared,” said Vladic, pointing to common defection factors such as moving.

Shoppers at the original Deliciouz likened the colorful shop to a candy store. “This time around, it looks like we grew up,” said Vladic.

Working with a budget of less than $2,000, she and her “jack-of-all-trades” husband enhanced the long, narrow, modern digs at 1345 Main St. with splashes of green and navy paint, red velvet couches, huge wall mirrors and a wall stenciled with a Moroccan onion-dome pattern. “The whole idea was [to create the feeling of] sitting in a girlfriend’s house in the living room, trying on shoes.”

Vladic diligently reminds her sales associates that the “mailing list is the bread and butter of the business.” And she has learned, after brief absences for the births of her two children, that sales improve when she is helming the shop. “It’s not because you have bad people — it’s just that it’s you who drives it.”

Still, while business is up compared with last year, her payroll has shrunk drastically. “It’s what needs to be done at the moment. But I’ve always been a hands-on type of person,” Vladic said.

Designers find Deliciouz’s aesthetic to be very in tune with their own. “Tamara is the perfect curator because she sees shoes as gorgeous objects with utility rather than as a typical accessory,” said Martha Davis, an industrial-designer-turned-shoe-designer. “For Tamara, good design is about being beautiful and useable, not trendy or outrageous.”

Sandra Canselier, who owns the Coclico line and boutique in New York, as well as the Coclico showroom (which represents Chie Mihara, Argila and others), said she works with Deliciouz to “support [the showroom’s] emerging and independent European designers.”

Coclico, she added, is eco-friendly, which “appeals to forward-thinking business owners like Tamara and, in turn, her unique California customer base.”

Neighborhood vibe: Deliciouz is on a boutique-heavy street perpendicular to Broadway Plaza in suburban Walnut Creek, 30 minutes from San Francisco.

Customer base: Thirtysomethings with careers and kids, over-40 women who commute to city jobs, and retired ladies. “Our customers are moms and professionals, for sure, but the grandmas are right there, too,” Vladic said.

Competition: Vladic views Foot Candy across the street as more of a complement than a competitor. “Their shoes are pretty and elegant and ours have a downtown edge. No one else comes close to us,” she said. The 2010 opening of Neiman Marcus in Broadway Plaza may, however, impact business. “We’ll see what kind of mix Neiman throws into the whole thing, but I think it will be good for us.”