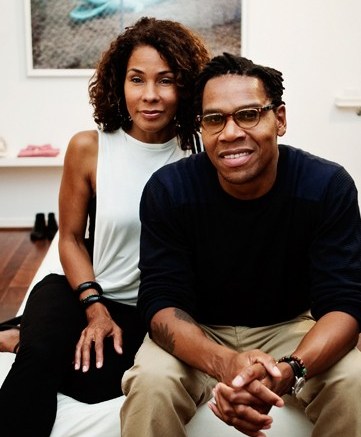 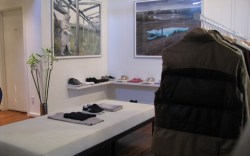 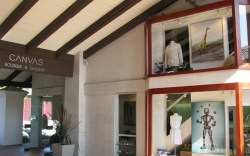 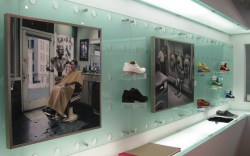 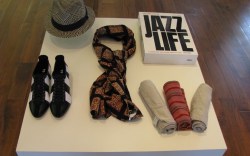 Things are heating up for resort ’09 and spring ’10, with women’s shoes taking inspiration from Mexican huaraches. Though the woven sandals have been part of Mexico’s culture for centuries, brands are now translating the look into stylish stilettos and flats. aAfter 15 years as a TV director and producer, Arlington Forbes joined wife Jac Johnson Forbes, also a TV veteran, in 2006 to open Canvas, a combination art gallery, clothing and shoe boutique in Malibu, Calif. He’d resisted opening a store for many years — his mother owned several clothing shops in his native Toronto — until a directing gig on artists convinced him to combine his love of art and love of shoes.

The spot the couple chose was sentimental as well as sensible: the outdoor Malibu Country Mart, where they used to stop for coffee on motorcycle rides up Pacific Coast Highway. It draws a mix of famous and wealthy locals and tourists. “This is going to be like the Hamptons,” Forbes said. “I was looking for an area that’s going to grow.”


THE RIGHT MIX
The couple planned Canvas as an elegant sneaker shop. But they quickly realized they weren’t mining the buying power of their upscale clientele. “I was trying to sell a Honda to a Porsche buyer,” Forbes said. “My customer is standing there in Christian Dior sneakers they paid $700 for, looking at a pair of ours, saying, ‘I like them, but they’re so cheap.’” So Forbes devised a new merchandising strategy and added a mix of higher-end brands including Y-3, Visvim, The Generic Man, Common Projects, Seavees, Nike and Converse. Prices range from $85 to $1,000.

With a sophisticated clientele, Forbes strives to remain a step ahead, hunting limited editions such as Sperry Top-Sider’s collaboration with Band of Outsiders. “What people see in Canvas is that taste of the world,” he explained.

This fall, the store will add dressier leather-soled men’s shoes. Forbes said men are graduating into “elevated casual. You can wear a wingtip with no laces, no socks and a rumpled blazer.”

SERVICE ISSUES
For a high-end store, the atmosphere at Canvas is comfortable. In one corner, a candle dubbed “J” is burning, based on a scent Jac wears. “We’re a mom-and-pop, and our goal is to create a store that is fun — not stuffy.”

One customer recently brought a friend in, who bought four pairs of shorts and asked for a discount. I said, ‘You don’t get a discount because you bought four. But your friend took the time to bring you. You get a discount for that,’” said Forbes.

That’s the kind of concession the retailer prefers. Although Canvas runs occasional sales, Forbes rarely puts a sale sign in the window. “I don’t like to be forced to do it just because everyone else [in the area] is.”

BY DESIGN
The two-story space in which Canvas is housed is unrecognizable from the day the couple leased it. At the time, it was split into two stores, with a lingerie shop on the ground floor and a custom leather studio upstairs.

Jeremy Baker of Otto Design (now at Be Creative) did the overhaul, which Forbes said was “above budget,” but worth it. “Our goal was to bring the East Coast to the West Coast, and downtown to the beach,” said Forbes. The store is now 1,100 square feet on two airy levels. The ceiling of the second floor is 14 feet high, creating a loft-like space with exposed beams and brushed-metal fans. Art is displayed throughout the store.

PROMOTIONAL STRATEGIES
Forbes likes to communicate, both online and offline. When a new art exhibition opens, the store hosts a party with DJs. “This is my bar, my barber shop,” he said.

When he begins to buy spring ’10, Forbes plans to post updates on Twitter to give customers a sneak peek. “As a retailer, we get the benefit of seeing everything so far in advance,” Forbes said. “The customer is always the last to know.”

FACING CHALLENGES
By last fall, even the wealthy enclave of Malibu felt the recession. Canvas was forced to lay off its full-time salesperson, and Arlington and Jac were the sole staffers for several months. “It helped our relationship with customers,” he said. “They could see this is not a hobby for us. It’s our livelihood.” Recently, they hired two part-time employees.

Forbes also adjusted his product mix. The first level, which once displayed expensive footwear, has a $150 price ceiling for men’s. Customers can find Nike’s suede Blazer for $125 and Converse leather low-tops for $85.

On the second floor, Forbes touts the standouts. A $1,000 Visvim boot will arrive for fall, made of Tuscan leather and French military canvas.

FEEDBACK
For budding brands that thrive on buzz, Canvas is an important account. “They move a lot of shoes for us,” said Brandon Day, co-founder of The Generic Man. When the brand tested women’s shoes for spring ’09, Canvas sold them out. For fall, the label will make an exclusive colorway for Canvas — navy blue suede — in its laceless oxfords.

Competition: Forbes said he believes Canvas is in a class of its own and isn’t concerned with what other retailers are doing. “A lot of storeowners like to shop other stores. I don’t,” he said. “We try to be as true to our mission as possible.”