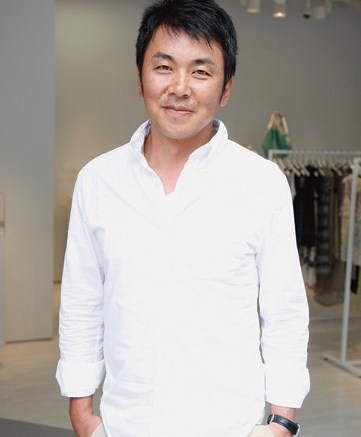 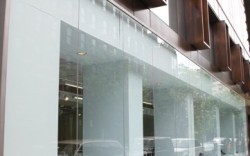 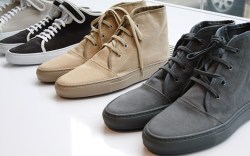 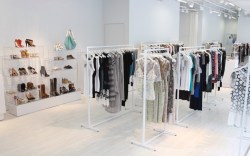 Tatsugo Yoda, a former sushi chef from Japan, was always a fan of vintage clothing. So it was only natural that in 1995 he opened Aloha Rag in Waikiki, Hawaii, as a vintage shop (hence the name “rag”). He soon discovered Martin Margiela and wanted to be involved in designer fashion. “He knows the basics, but [gives them] different details like the stitching,” Yoda said of Margiela. “He’s creative.”

So Aloha Rag began focusing on harder-to-find, high-end fashion and exclusive product for men and women. Last year, Yoda expanded the business by opening a 2,000-sq.-ft. shop on Greenwich Street in New York’s up-and-coming Hudson Square area. “We started our Website business about seven years ago, and most of the clients had East Coast addresses,” said Yoda. “So [I thought] we had a chance with a store here.”

Now Aloha Rag is carving out a place in Manhattan and boasting a celebrity clientele that includes fashion designers such as Calvin Klein, Cynthia Rowley and Thakoon Panichgul. Next up, Yoda hopes to launch a namesake clothing line for spring ’10 while continuing to enhance his footwear offering.

Over the last year, the footwear mix at Aloha Rag has steadily increased and now accounts for about 20 percent of the assortment. “I’m always looking for footwear,” Yoda said. “Every season I look for something different, but always quality, wearability and sometimes exclusivity.”

Men’s brands include Martin Margiela, Common Projects, Lanvin, Golden Goose, YMC and Neil Barrett, while the women’s shoes are mostly confined to dressier styles by Giuseppe Zanotti, Martin Margiela, Thomas Wylde and Balmain. In April, the store debuted its first footwear collaboration with Jil Sander in an exclusive sneaker for men. Price points range from $190 to $715 for men’s and $300 to $1,300 for women’s.

For fall, Aloha Rag will introduce Mary-Kate and Ashley Olsen’s Elizabeth & James collection on its Website and in Hawaii.

One part-time and four full-time employees work in the New York store, with three manning the floor at any given time. Because the store carries several obscure brands, employees also are responsible for educating customers, which is a top priority. “A lot of people don’t know [these brands],” said Ren Chang, manager of the New York store. “You want to explain to them who the designer is and why we’re carrying it. Sometimes they don’t care about it if they don’t know about it, but if you tell them something interesting, they will start to get it.”

Aloha Rag relies on nontraditional forms of advertising. “We’re always thinking of events we can hold in the store,” said Chang. In the past, it has hosted parties to celebrate the launch of exclusives, such as the Jil Sander sneakers.

And store staff, including Chang, regularly blog on the Website and send Twitter updates, but they keep e-mail blasts to a minimum. “We do have a store list for announcing events and sales,” said Chang. “But we don’t really do too much bothering.”

The all-white, minimalist design of the store was modeled after an art gallery. Clothes are presented on racks in the center of the floor with shoes on the perimeter — in the window and on a wall display. “It’s like displaying the clothing as art,” Chang said. “The main focus is the clothes, so [Yoda] didn’t want to decorate anything distracting your eye from the clothes.”

When Aloha Rag made the jump to the mainland, the store’s owner didn’t realize just how different the customers would be in the new location. “Our sizing has been a little bit small,” Yoda said. “[For Lanvin sneakers], we only had up to size 10. Next season we changed the buy to include more large sizes.”

In fact, the demand for sneakers in New York was much higher than anticipated. “It’s very surprising,” said Yoda. “I’m looking for more urban sneakers for next season. Even the window displays are bringing in women asking for the men’s shoes. If we had it, maybe there’d be more business for women’s sneakers, too.”

As the store starts its second year in New York, staff said the economy hasn’t been the disaster many expected. Chang said traffic did drop awhile back, but the year overall has been even. “Everything is challenging because everything is new,” she said. “It’s almost like we don’t have a store in Hawaii because it’s completely different. It’s like starting a whole new business.”

Peter Poopat, co-creator of the sneaker brand Common Projects, said Aloha Rag has been the go-to store and Website for avant-garde fashion. “They’ve always had a great selection of designers and distinct items that were often hard to find. It’s mainly due to their unique buying choices, which gives them a fresh take on things,” Poopat said. “They never stay safe and still come across as accessible. They’ve really found a perfect balance. ”

Others tout the high-end nature of the shop. “Aloha Rag is a multibrand store that is extremely luxurious, but at the same time very creative,” said a Lanvin spokesperson. “It’s a great environment that really fits Lanvin.”

Customer base: Aloha Rag doesn’t have a target clientele. “We have a wide range of people, from 14-year-old boys with rich dads to architects and celebrities,” Chang said.

Competition: The store is located next to a nightclub and across from a doggy day-care center, but the closest boutiques are in Soho.