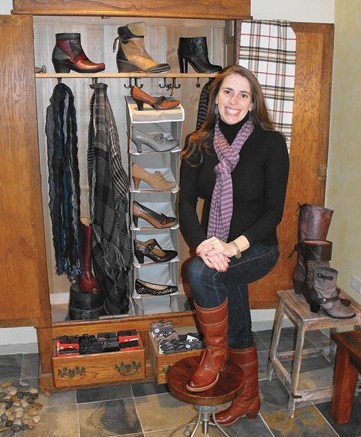 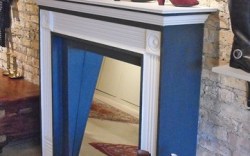 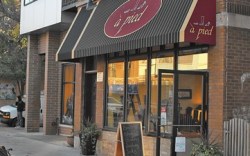 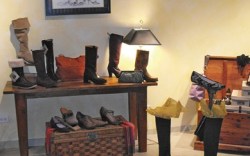 Trudy Robinson Foley didn’t set out to be in the shoe business. But after opening maternity boutique Kickin’ in Chicago’s Roscoe Village in 2006, the former magazine ad director and publisher noticed a void in the neighborhood’s nearly one-mile shopping district. So rather than open another maternity shop elsewhere, Foley bowed À Pied in time for Mother’s Day 2008.

A love for all things European inspired the store’s name (“on foot” in French), but Foley’s mission, she said, is to blend fashion and comfort without making too many sacrifices on either front. “I want to be a fashionable girl, but I’m still looking for shoes that won’t blow out my knee,” she said. “People want to be able to walk around the city and not have to think about whether their shoes will allow that.”

Now, less than two years in, Foley is concentrating on drawing more attention to the shop and bolstering its clientele through customer service and rare promotions that drive traffic instead of discounts.

Foley has stocked À Pied with Frye, Modern Vintage, La Canadienne, Corso Como, All Black and Jeffrey Campbell, among others. “Every single shoe in

the store has a reason for being there,” she said, noting that her prices start at about $69 for sandals and peak around $350 for boots.

“We might go for added cushioning, or we’ll look for a shoe that is typically 4 inches in a 2-inch heel instead.”

With Chicago’s dramatic shifts in weather, Foley also keeps the shop — 90 percent of which is footwear and 10 percent jewelry and small accessories — stocked with weather-appropriate styles. “Nobody wants to buy heavy boots until the weather changes, so I’ve pushed the seasons back and don’t buy everything up front,” she said of her shopping strategy.

Foley’s mother and grandmother were sticklers for fit, a trait she also picked up. “I make our employees try on all the shoes,” she said of her staff, which includes a full-time manager and four part-time salespeople. “They can talk with customers about what the shoes can be paired with stylewise and also talk about how it will fit the foot.”

While the strategy has been key to capturing repeat customers, Foley said she also banks on cross promotions. “We’ll give them a discount [at the maternity shop] to complete the look,” she said.

Rather than signing on to Twitter and Facebook, Foley has relied on e-mail blasts, local media and in-store events to generate buzz. For charity events and shoe parties, she generally offers cocktails and a 20 percent discount for shoppers who bring guests. “It gets new faces into the store, and that’s an added benefit,” she said.

Foley has been able to escape major sales and markdowns, she said, because she’s still a new player and strives to make one-day promotions special. “I try to keep my sales a mystery and keep them fun,” she said. “I don’t want people to wait around for a sale.”

The 800-sq.-ft. shop, designed and built by Foley’s contractor husband, is a reflection of the community. Exposed brick walls and a mirror-lined fireplace are accented by recycled wood from a Southern Illinois barn, antiques acquired from neighborhood shops and Persian rugs from a nearby gallery. “We were trying to keep it all local,” she said. “I wanted it to look like you had walked into this great find on the West Bank of Paris. It has that warm feeling of smaller European boutiques.”

Though À Pied saw its best month in October and business has been consistently up, Foley said she knows careful financial management is key. “Even if you’re making a profit, you have to make enough to pay yourself and keep going,” she said, noting that so far she has hit her goals.

Still, combating the recession has meant convincing shoppers to splurge. “People are curtailing their wants,” she said. “Winter boots are a necessity, but 80 percent of what we sell are not true needs. Sometimes it’s hard to get them to part with their money.”

Glenn Neugebauer, La Canadienne’s national sales manager, has been working with Foley since her shop opened and said her mix pairs perfectly with the brand’s mission. “The taste of her store is unlike what you see in a suburban setting. It’s really urban,” he said. “She [attracts] a higher-level clientele, and the lines she carries really represent that.”

Marty Rose, distributor for All Black, praised the store’s displays as one of Foley’s bigger strengths. “She treats our shoes like little works of art,” he said. “She puts them up on pedestals with spotlights. It’s a really beautiful way to treat the shoes.”

Jeffrey Campbell, owner of his namesake brand, has also seen his line excel at the shop. “[Foley is] very hands on, even when she was nine months pregnant,” he said. “She is a veteran retailer [in this neighborhood] and has a finger on the pulse.”

Customer base: Affluent and educated female shoppers in their 30s.

Competition: À Pied is Roscoe Village’s only shoe store, with a mile of highway separating it from the closest competitor. Storeowners are more like friends, Foley said, and they often refer customers to other area shops.