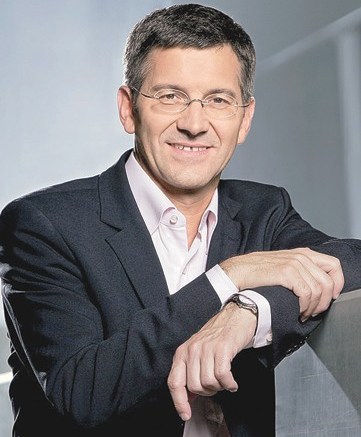 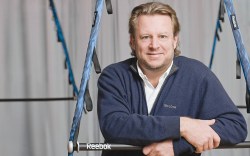 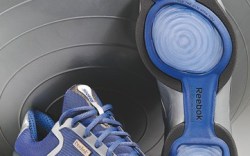 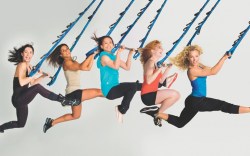 At least that’s the new positioning of the brand this spring, three-and-a-half years after Adidas AG acquired the Canton, Mass.-based company for $3.5 billion and a year after Adidas veteran Uli Becker took over as head of the troubled brand.

With a fresh marketing push, higher price points and new product launches, Reebok executives are working to stabilize the brand’s sales — and regain a leadership position in the athletic sector.

“Reebok hasn’t been part of the relevant mix,” said Becker, who replaced Paul Harrington as Reebok president and CEO last March. “Our numbers are still not where we want them to be, but we’re light years away from where we’ve come from. In 2009, we will be competitive, though it could be 2013 before numbers are where we want them, based on what happens in the economy. In 10 years, I hope we will be able to agree that the success story in the athletic industry will be Reebok.”

Since the 2005 buy, Reebok’s sales have declined every year. In 2008, while parent company Adidas saw sales expand 10 percent to $11.5 billion, Reebok posted an 8 percent sales decline to $3.16 billion. But Adidas CEO and chairman Herbert Hainer expects the tables to begin to turn in 2009, with Reebok sales stabilizing, as the economy likely causes Adidas sales to decline this year.

“When we did the budget in September, we had a clear growth scenario for 2009, but with the economy, we now are projecting stable numbers in 2009 for Reebok,” said Hainer, who in 2005 called buying Reebok “a once-in-a-lifetime opportunity.”

“People say, ‘Why has it taken three years?’ When we entered into this deal three years ago, we realized the brand had less cache with the consumer than we had thought. If this had been a great company three years ago, we wouldn’t have been able to buy it. What Reebok had historically done well was jump on trends, but the drawback of that was there was no clear distinctive picture for the consumer. This is what we’ve had to overcome. It’s taken longer than we’d have liked, but it’s done now.”

Among the key steps Adidas has taken:

•Redefined Reebok’s positioning to “fun and fit.” The overall marketing campaign for the brand is “Your Move,” reflecting that each person decides what she wants to do to stay fit. “The whole success of Reebok in the Eighties was encouraging women to have fun in fitness,” said Becker. “Fun is not covered by any other brand out there and is missing today in fitness. Fun should be Reebok’s territory over the years. It’s always easier to be successful in your territory than follow somebody else’s.”

“For classics, Reebok owns the most iconic women’s sports model with the Freestyle, plus we have the Pump for men, which celebrates its 20th anniversary later this year. But we have to clean up the category, bringing up the price points. Staple iconic products don’t have to sell on price, because there is always demand. Sport should always be bigger than classics, and classics is shrinking because we are getting out of the volume business.”

•Cleaned up inventory. For example, one of Reebok’s largest retail customers had 52 weeks of Reebok product, noted Hainer. “The market clean-up of price points that weren’t good enough for the brand caused a reduction in our numbers,” said Becker, “but we lost bad business, not good.”

•Increased the price level, starting the new opening price point at $39.99 and offering far more product at the $80 retail price point or above. “In the past, a large part of the business was shoes for $29.99, which neither gains image nor margin,” said Hainer. “This was just chasing volume — we’re not going to do that anymore.” Becker agreed. “Reebok was the last resort on the branded side before private label,” Becker said. “That’s not a healthy place for a brand to be present. Over the last two years, we have replaced cheap product with more expensive product.”

•Introduced innovative product, such as the spring launch of the Easy Tone, which through instability pods on the shoes’ soles triggers 28 percent more muscle activation. Offering technology-based product that can bring in higher price points is something Reebok intends to do increasingly going forward. In addition to Easy Tone, this year the company is launching other technology-based shoes, including Smooth Fit Select Ride, which also retails for upwards of $80.

From selling no shoes above $80 previously, Becker predicted Reebok will sell 4.4 million pairs within the next two years. “We haven’t been able to sell a $110 shoe in the last 10 years, but this is relevant product,” said Becker, adding he expects to sell at least 400,000 pairs of Easy Tone shoes this year.

•Communicated the fresh positioning with new initiatives such as the high-profile partnership with Cirque du Soleil, creating the Jukari Fit to Fly workout (which is launching in top gyms of 12 cities worldwide this year) and two apparel and footwear collections — On the Move and the Reebok-Cirque du Soleil collection (which launch in Nordstrom and Dick’s Sporting Goods, respectively, at the end of the month). Although Jukari and Easy Tone are two main product components of the new Reebok, they have separate objectives, said Hainer. Jukari creates a “halo effect” for the brand, getting Reebok “back in the mind of the female consumer,” while Easy Tone “will sell tons of product,” he said. Two weeks ago, Jukari launched in Miami with more than 50 members of the media, and executives expect a flood of coverage for the concept this year.

•Brought international licenses back in-house. Reebok used to directly control only the U.S. and U.K., but it has taken 95 percent of its licenses in-house, Hainer said, adding that the historic quality of the licensees created discrepancies in the brand’s reputation abroad. Reebok does more than half of its sales outside the U.S., and Hainer said he thinks international sales will continue to grow. “This brand has huge potential internationally,” Hainer said. “We have a good position in five to 10 countries, such as Poland, India and Russia. In other countries, Reebok has a lot of room to grow.”