Razor Sharp… Heating Up… You’re So Vane… Get Athletic… 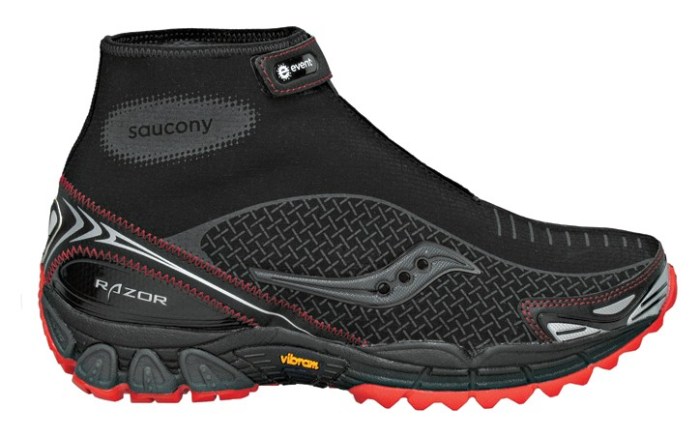 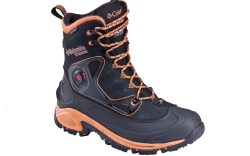 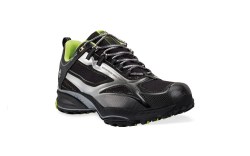 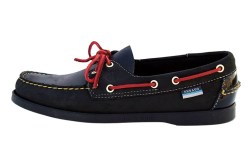 Razor Sharp
The new ProGrid Razor trail runner style aims to keep things warm and dry on the trail. Lexington, Mass.-based Saucony, a division of Topeka, Kan.-based Collective Brands Inc., has incorporated its proprietary ProGrid cushioning into the shoe (at left) and added an integrated gaiter to keep out rocks, moisture and dirt. The three-quarter mid-cut style zippers up to enclose the foot, and the absence of overlays on the upper prevents chafing. A Vibram outsole and eVent waterproofing keep the shoe stable and dry. Set to retail for $135, the shoe will deliver Aug. 1 to running shops and outdoor accounts.

Heating Up
Columbia has a new solution for cold feet. The Portland, Ore.-based company is debuting two styles for fall ’09 that use an integrated heating element in the toebox to keep both men and women warm when the temperatures dip. A recyclable (and rechargeable, thanks to an internal adaptor) lithium polymer battery lets wearers set the temperature to 122, 131 or 143 degrees Fahrenheit — and the battery can last as long as eight hours on the low setting (or four hours on high) per charge. In addition, the boots have 200 grams of insulation to trap heat. The Bugga Therma style for men (at left) and the women’s Snow Hottie will both retail for $250 at a select group of retailers nationwide.

You’re So Vane
Sebago, a division of Rockford, Mich.-based Wolverine World Wide, is partnering with New York-based clothing and jewelry brand Vane on a limited-edition co-branded release of Sebago’s classic Spinnaker boat shoe. Four unisex styles incorporate patent leather, contrast stitching and bold colors (above) to update the shoe, which will retail for $110 at accounts including Training Camp, Alife, Shoe Market and Format in New York, Solemates in Chicago, The Closet in Los Angeles, Nubian in Japan and Nomad in Toronto. The Vane collaboration will deliver in April.

Get Athletic
Stratham, N.H.-based Timberland is taking aim at the young and adventurous with the fall ’09 revival of Timberland Mountain Athletics. The men’s and women’s line of performance shoes includes two styles: the All Mountain Inferno and the Route Racer. The All Mountain Inferno light hiker comes in both a low- (below) and a mid-cut version (at $125 and $135, respectively), and it features a fully wrapped heel cup. The Route Racer trail runner, which will retail for $115, has a perimeter plate for protection against bruising and a deeper lug pattern on the outsole for stability and easier mud shedding. All styles have Ortolite, Gore-Tex waterproofing and use Green Rubber in the outsoles. The TMA line will be available globally this August and September at both outdoor independents and chains, with some potential for distribution to big-box and boutique accounts.