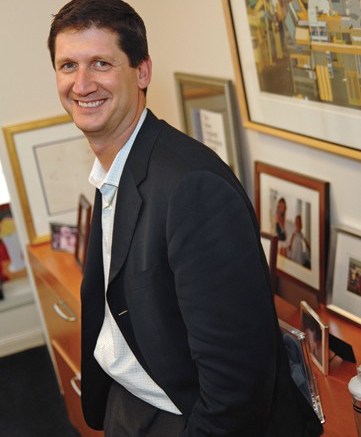 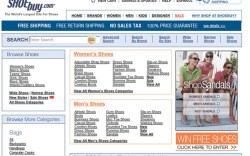 Despite the recession, the e-tailer’s sales and earnings are still on the rise. And Scott Savitz, CEO of Shoebuy, based here, said the site has had eight straight years of “aggressive, double-digit” revenue increases. Even last year, a remarkably tough time for the rest of the retail market, “we grew bottom line faster than top line,” he told Footwear News.

“We think what’s happening at Shoebuy right now is that purse strings are tighter. People are spending less, but they’re reserving their money for brands and retailers they know and trust,” Savitz said. “[When] you continue to innovate and keep doing things that are raising the bar on the consumer experience, they will reward you.”

With a healthy balance sheet containing no debt and a philosophy that has always emphasized frugality, Savitz expects to continue expanding his firm’s online presence through new Websites and an ever-growing list of brand partners. Shoebuy, which will celebrate 10 years online next January and was purchased by IAC/InterActiveCorp in early 2006, gets more than 5.5 million visitors a month. With a product inventory totaling $3.5 billion, the firm has more than 850 brands on its sites (including Bagsbuy.com) and offers 700,000 items.

FN checked in with Savitz, who admitted there is no specific “secret sauce” to his firm’s success, but said that a sharp focus on customer service is central to the etailer’s growth.

FN: How has your business been impacted by the recession?

SS: For us, we’ve been very fortunate. Business continues to do very well. We’ve never believed in being overleveraged. We have no debt. We always focused an awful lot on the existing customer, which has proven to be more integral right now than ever. Interesting for us, this [economy] doesn’t feel like uncharted territory because we became profitable in 2001, during the dot-com implosion. When many other retailers were shutting their doors, we were actually building our business on the Web.

FN: So you’re not worried about the economy?

SS: We’ve never moved like anybody else anyway. We’ve always tried to allow ourselves to be in a healthy position so that we can create value right now. Value to our consumer would be to put a very terrific selection of that type of [higher-end] product in front of them, because they’re not finding it in a lot of places right now.

FN: Are there certain trends you’re seeing in shoe buying as a result of the economy?

SS: We’re not seeing those macroeconomic data points that other [companies] are seeing. We do attribute very strong buying of core items to the environment. People are buying [brands] they know and trust, such as Allen-Edmonds, Johnston & Murphy, Naturalizer and Aerosoles. The other interesting thing we’re seeing is a lot of success with performance and outdoor and health and fitness. Consumers maybe don’t have control over their job stability or 401(k) or housing prices, so they’re taking control of other things, and you are seeing very strong buying in brands like Merrell, Teva, Birkenstock, Timberland, Keen — fun, active product. Colorful items are doing well, even yellow. We’re still seeing gladiator sandals doing well, and jewelry and ornamented shoes, even celebrity-inspired styles from Jessica Simpson, Fergie and Carlos by Carlos Santana.

FN: Are vendors pulling back in the amount of product they’re offering you?

SS: No, they’re giving us more.

FN: Have you see any other changes from partners?

SS: We’ve had a brand that had been in business for 99 years, D. Meyers & Sons, that shut down, and that was sad because I think it was due to the environment today. We have seen some brands that have felt it was in their best interest to be acquired rather than stay independent, but they still exist as a brand.

FN: You were a banker managing $6 billion in investments before founding Shoebuy in 1999 and launching the site in 2000. Does your financial background give you a leg up in managing a business in this economy?

SS: Being metrics-oriented is important. A lot of us want to believe we know a lot, and really there are a lot of things you can be very wrong about. But by using metrics, you can run with the things you’re doing right and very quickly stop the things you’re doing wrong. That’s probably why people are saying we’ve made so many right moves. We’ve made a lot of wrong moves, but we’re always testing. We’re always listening to our consumers.

FN: Why is customer feedback so important?

SS: Consumers, more than ever, are expecting a lot more for their dollar, and they want to be heard. If you’re not responding and evolving in a way that makes them feel they’re being listened to, they will find somebody else who is [listening]. The fact that we are so tough on ourselves — we want to make sure every customer is happy — is probably why you see us continue to grow. We do hundreds of thousands of end-of-transaction surveys, site feedbacks, and we look at every single one of them to recognize if there’s a trend and if anything needs immediate action.

FN: Why does Shoebuy put extra focus on existing customers and making sure they come back to the site?

SS: Even with very aggressive new-customer acquisition and marketing being the lowest as a percent of net revenue since 2002, we’re seeing record sales. Our repeat buying as a percentage of revenues has gone from 17.5 percent of revenues eight years ago to more than 60 percent today. So obviously, [concentrating on repeat business is] very integral in driving our business and the success we’re having today. A lot of times it seems like the focus for other [e-commerce Websites] will be on new-customer acquisition, while they forget the ones who are already there. Thanks to an amazing new viral phenomenon of our customers telling friends and family, we’re seeing more than 5 million visitors a month.

FN: Is it easier to be part of a larger company such as IAC in an economy like this?

SS: I’m not sure what it would be like [if we weren’t owned by IAC], and we’re not willing to find that out. Fortunately, we’ve been able to remain amazingly entrepreneurial and innovative, focused on the things that are important to the business. If that ever changed, I wouldn’t be here.

FN: Has IAC’s CEO, Barry Diller, given you any advice during the down economy?

SS: We’re very autonomous. We don’t talk every day. He’s an interesting boss to have, but we talk every so often. If I needed to talk to Barry Diller, I could pick up the phone and call Barry Diller without a problem.

FN: Have you had any layoffs?

SS: No, we’re hiring right now. We have 160 employees today [versus 85 two years ago]. We’re bringing in people in all different areas that make sense based on trying to do new things and to create a better experience for the consumer. Since we’re adding more brands, [we’re hiring in] merchandising, integration, technology and customer service.

FN: What kind of technological site upgrades have you made?

SS: We continue to invest an awful lot of money in making it as easy as possible to search through what is obviously a tremendous selection at Shoebuy — things like an advanced search that allows you to narrow through size, width, color, heel height, price, country of origin, you name it. [The site also includes] hundreds of thousands of product reviews by customers, for customers. We continue to invest a lot in the shopping cart, for example, things like trying to give additional ways for the consumer to pay, [such as] Bill Me Later, PayPal, or Western Union and CheckFree.

FN: Any other new initiatives in the pipeline?

SS: At a time when other people are pulling back, we’ve added more than 125 brands year to date in 2009, including FitFlops, Diesel, Charles by Charles David, Puma, Jack Rogers, Donald J Pliner and Reef. We have started rolling out eyewear and watches, activewear and outerwear. We also are now leveraging our technology and have started launching Websites for the brands we work with, including Deerfoams, Easy Street and Superga.

FN: Are you planning any other new standalone sites for your company?

SS: We just launched another site, which is called ProductExpress.com [for shoes, bags and accessories]. For any item you purchase from the site, you get free, express, two-day shipping if you sign up on the site. We actually do free overnight shipping. It’s one of those things we’re doing very little marketing for.

FN: What added challenges have other sites like Zappos.com posed for Shoebuy?

SS: The reality is that shoe sales on the Internet are still not a huge percentage of overall shoe sales. The sales that might be lost to another site are small compared with the amount of opportunity that exists when you are innovative. The key is that our competition has a similar focus as Shoebuy: the customer. In most cases, you are going to get one shot with the customer, and if they have a poor experience buying footwear online, they will believe it just doesn’t work for them. If they have a good experience, we believe it leads to more footwear purchases and bodes well for all of e-commerce and the entire industry. We are absolutely sure that competition is never a bad thing as long as it is the customer that ultimately wins.

FN: How much do you consider brick-and-mortar stores to be your competition?

SS: There are millions of shoppers, who, based on their busy schedules or where they live, prefer to shop online to get this total experience [from online shoe companies]. There are also those who prefer to use the Internet as a shopping resource, but then buy the items in a store. It would be a terrible thing for footwear — and for the entire industry — if they were not able to shop in a way that creates the best experience, and we think brick-and-mortar stores are an integral part of this. We believe that whether it is online or in a store, the more we can have people thinking and excited about footwear, the more it has a positive impact on us all.

SS: We just started being on Twitter [@Shoebuy], and it’s been very positive. These [social media Websites] are all very important. We’re still so much in the infancy [of Twitter], so we’re trying to learn.

FN: Will you celebrate your 10-year online milestone this January?

SS: We absolutely will be celebrating. We’ve talked about being extremely disciplined in everything that we do and being smart and responsible. But one thing we’ve learned over the years is to take a moment and be extremely appreciative.

FN: What does the next 10 years hold for Shoebuy?

SS: For us, it’s always worked out well staying quiet and focusing on building something that’s very real. I can’t think of any reason why we wouldn’t stay that course.