Q&A With Payless’ LuAnn Via 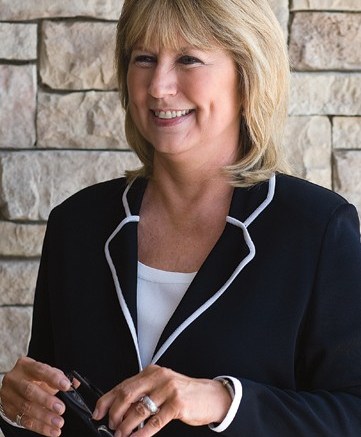 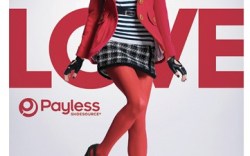 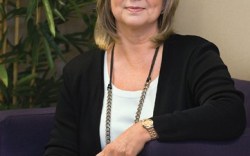 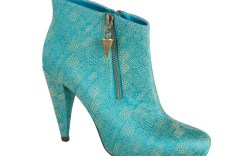 For LuAnn Via, there’s nothing like one-on-one interaction with her customers.

That’s why you can find her in a Payless ShoeSource store every weekend, and why she works at the Topeka, Kan.-based chain during holidays and schedules in-depth visits to key markets once a month.

“Being in the stores and being close to the customer is one of my favorite parts about retail,” said Via, who took over as president and CEO of Payless last summer. “It makes a real difference being there firsthand.”

Customer feedback is even more critical in today’s economic climate, Via said. Since she arrived at the 4,520-door chain, the market has seen consumer spending drop off dramatically, and traffic declines across the retail sector have reached the double digits.

Despite the challenges, Payless is holding its own. This year, the retailer has attracted new shoppers, thanks to its value-priced positioning and more fashionable brand mix. While revenues declined in the first quarter, the chain continues to show strength in the children’s business and is experiencing growth in non-shoe areas, such as accessories and jewelry.

While much of the retailer’s dramatic reinvention was in motion before Via took the helm, she is forging ahead with several fresh initiatives, including the debut of the Zoe & Zac, Unforgettable Moments and Christian Siriano for Payless brands, as well as expansion in the Middle East through a partnership with retail franchisee M.H. Alshaya Co.

According to Via, the new efforts build on Rubel’s previously established goal to democratize fashion and design.

“Our core strategy remains the same,” she said. “It doesn’t mean we’re not going to tweak something here and there, but we are very consistent in our messaging and our mission.”

FN: What were your biggest accomplishments during your first 12 months on the job?
LV: There’s been so much that has gone on, and I’ve enjoyed every minute of it. When I took this position, one of the main reasons was that Matt and I were aligned on the vision for the corporation. There were some things in the works that I’ve been able to see to fruition. One of them was launching the Zoe & Zac brand, the first affordable footwear brand that is playing a big part in sustainability. I’ve also been able to execute on the Unforgettable Moments strategy, where we took the evening, social and bridal business to another level. For me, personally, an accomplishment was fitting in with the team. I was really able to become part of the collaboration I saw from the outside.

FN: Describe your leadership style.
LV: I am a very strong communicator. Sometimes I say I over-communicate. I really want to have team members involved. At the end of the day, Matt and I have the final decision-making power, but the collaboration is so important.

FN: You’re one of the few female top executives in our industry. Why are there so few women at the helm?
LV: I don’t think about that very often. You’re right, I guess there are a limited number of females in top positions, but more and more, that is changing. I’m not sure [if more women aren’t in those roles] because they’re women or because they haven’t chosen to go down that path. I’ve had great support wherever I’ve been. I got my chance to be a president by a woman. [Former Charming Shoppes CEO] Dorrit Bern took a chance on a GMM. Matt took a chance on a president of a specialty apparel store. Some of it is timing, some of it is hard work, some of it is fate. I’ve never sat down and said, ‘OK, you know what, I’m not a CEO because I’m a woman, or I’m not a CEO because of that.’ I probably came late on the scene as a president and CEO because I’ve made different choices in my own career.

FN: How much did you know about Payless before taking the job?
LV: I knew about it from a competitive standpoint. To be honest, how I visualized it was probably how it was five years ago. After reading articles about Matt and how he invigorated the team and came forward with this strategy to democratize fashion and design, and how he brought in the branded piece of the business, I [realized] it was a totally different company. And then I went into the stores and saw the customer service element. It was really revolutionary [considering] where the company had been.

FN: Are you emphasizing value more now because of the economic situation?
LV: We’re pretty consistent with that message. We have never forgotten that [we want] to bring and design at the right price. I don’t know if it’s more [prevalent]; I would say it’s consistent.

FN: Expense management has been a key priority for the company. What areas have you been focusing on?
LV: We look at every expense … and weigh every decision. Back in 2007, Matt and the team saw we were heading into the recession and were prudent. This company has a history of being prudent. You have to be, every day, whether you’re in a tough economic environment or not.

FN: What is your inventory strategy?
LV: There’s an old retail saying: Inventory is not always your friend. It can be your biggest asset and your biggest liability. We manage our inventory by staying liquid and flexible. When something works, we have the ability to reorder it, and if something doesn’t work, we don’t have too much on order. At the same time, we don’t want to disappoint our customer, so it’s a balance. Our shelves won’t be empty — we will definitely have product — but we need to be realistic and make sure we’re allocating it out as sales come in.

FN: How will you get consumers into the stores for back-to-school?
LV: With the economic environment, we’re really focused on key price points, specifically, under $10, for our top back-to-school styles. We’ll have our extended sizing program for kids rolled out to all stores. That has been extremely successful for us. We started in 1,000 doors and are expanding it. There are a lot of children whose foot size is more like an adult’s. Mom doesn’t want her 12-year-old child to wear an adult shoe. The girls are saying they want a heel 2 inches high, and the moms say, “Oh, no.” There’s also a price issue there. In the boys’ market, it’s a big factor. When a boy goes into the men’s size, you’re talking about a big jump in price.

FN: The kids’ business continues to be one of your most successful. Why?
LV: We’re really focused on our kids’ business. That was the business we were up 4 percent with on a comp basis in the first quarter. If you look at Payless and Stride Rite together, we serve one out of five kids. No matter how tough the economy is, the child is No. 1 in mom’s eyes. Every three months they need a new pair of shoes. We just received a study that we did on kids under [the age of] nine to see where some additional opportunities are. So we’re not sitting back.

FN: Accessories has also been a bright spot. How much of an opportunity is that category?
LV: We are a family footwear store. There’s no question about that, it’s in our name. At the same time, [we think about] how we can serve our customers’ other needs. [Prior to my arrival] we put new fixtures in some of our stores — one with jewelry, another that housed belts and accessories — and also expanded our handbag assortments. [The testing showed] that those categories started to grow. This past season, we rolled out jewelry fixtures in all our stores, and in some cases, we rolled out additional capacity.

FN: Would you ever move into apparel?
LV: I’m not sure we would be an apparel store. It doesn’t mean there couldn’t be items. For example, our hat business is very strong. I’m not saying no to anything, but we have to make sure everything we put in our stores relates to who the core customer is. I still see us very focused on the footwear business.

FN: Will you continue to add more designer-focused lines?
LV: It’s absolutely continuing to be a focus for us. We’re launching Christian Siriano on Sept. 8, so that’s exciting. It really brings the runway to our consumer. We launched Jeff Staple on July 14, so we’re excited about that. We’ve had great partnerships with our other designers. We started out in a few hundred stores with Lela [Rose] and her collections. With her partnership on the Unforgettable Moments line, we’ve expanded that [collaboration] to thousands of stores. We’re always looking for new designers.

FN: Are store renovations still a priority?
LV: It continues to be an initiative. Our Hot Zone format has been the most productive for us. It gives us ambiance … and visuals front of store. It gives us the opportunity to merchandise accessories and also gives us the flexibility to continue to merchandise footwear in the rack because our customer likes to shop by size. Every year, as we look at new leases or extending leases, we continue to look at incorporating the Hot Zone strategy.

FN: How closely do you work with the other Collective divisions?
LV: Payless has a relationship with Collective Licensing, and that’s been a great alliance. It has expanded specifically with Airwalk. This whole partnership with Jeff Staple and Airwalk has really been coordinated with [Collective Licensing CEO] Bruce Pettet and his team. They’re on the West Coast, and they’re really the first ones to see what’s going on in skate. It’s a big advantage for us as a company to have that knowledge inside the organization. We also work with Stride Rite. [Together], we’ve continued to grow our direct sourcing piece of the business, and that’s given us a real competitive advantage. We have open communication, and we share best practices, and for me, it’s great to have peers in the company like Bruce and [Stride Rite CEO] Gregg Ribatt.

FN: Would you ever consider bringing the Stride Rite brands to Payless?
LV: We do not see that forthcoming. They’re individual companies; they have their individual DNA. We have our own brands and we need to continue to remain true to them.

FN: What other companies do you admire?
LV: For the last several years, I’ve really looked to H&M. Here you have a company that has great price points, is right on trend and has the speed to market that no one in the apparel industry has except for Zara. What they’ve done has been pretty remarkable. Ralph Lauren is another one [I admire]. With all the changes in the industry, he has never lost touch with who his core customer is and with the DNA of the brand. That says a lot after all this time. Thinking about what those two companies do well, that’s what excites me about Payless. We are consistently working to get merchandise to the consumer more quickly, to be trend right, to have the right pricing, etc. But at the same time, we are making sure we stay focused on our vision.