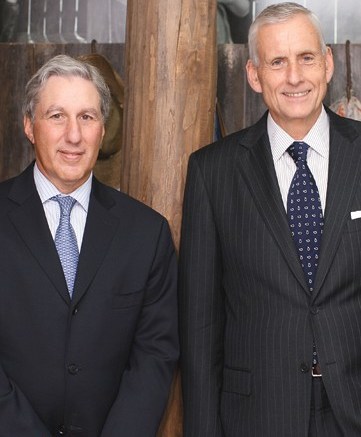 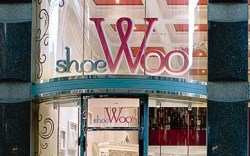 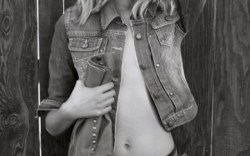 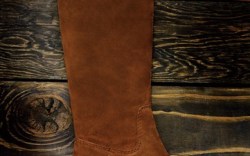 She asked to snap his photo and later posted it on her Twitter feed. Comments from Rachel Roy fans quickly came pouring in: “He looks so nice!” “He looks fun!” — not the usual descriptions for the CEO of a $3.62 billion firm.

Card’s intimate relationship with his company’s key players has been critical during a year when Jones has navigated unprecedented economic challenges.

“We really [have been] focused on getting the house in order and getting the core brands running well,” Card said in a recent interview. “The economy is still tough, and it’s a tough period to operate in, but we’re still doing as well as we can — and better than others. We’re well positioned for when the recovery really starts to take hold.”

Along with his right-hand man, Andrew Cohen, CEO of footwear, accessories and retail at Jones, Card has revamped the company’s footwear portfolio brand by brand, with a focus on value and design in each of its flagship labels, from Nine West to Easy Spirit. And with most shoes ranging from $69 to $89, said Card, “our brands are in the sweet spot for today’s economy.”

Meanwhile, as other companies have scaled back on new initiatives, Jones continues to invest in growth, this year launching Rachel Rachel Roy, an exclusive contemporary brand at Macy’s; a Vintage America collection within its Nine West brand; and the Shoe Woo retail concept, which offers a multibrand approach to footwear shopping.

In the last few weeks, in particular, footwear has been a bright spot for the firm, thanks to brisk boot sales.

Still, like most this year, the firm has had to make tough choices and has worked to aggressively cut costs, from scaling back marketing to shutting down stores. By the end of 2010, Jones will have closed 265 locations.

“They’ve put everything under a microscope,” said retail analyst Jennifer Black, president of Jennifer Black Associates. “They’re trying to use their dollars wisely, and, I think, succeeding.”

Last month, Jones reported that third-quarter net income rose 11 percent to $30.4 million, or 36 cents a share. And, excluding certain items, earnings per share came in well ahead of analysts’ estimates at 46 cents, versus 34 cents the prior year. Reflecting a broader industry trend, the firm’s revenues have taken a hit this year and were down 11 percent for the third quarter.

Heading into holiday, Card is optimistic that slim inventories will help the company — and other industry players — end the year on a bright note.

“This holiday season I’m not so focused on the [sales] comps, but the profits on those comps are going to be much better,” Card said. “There will be less inventory, less clearance.”

Card and Cohen recently sat down with Footwear News for an exclusive interview about their strategy heading into 2010.

FN: Many companies seem more optimistic going into the holidays. Do you believe consumers are becoming more confident?

AC: I’d like to say yes to that, but with serious reservations. There’s still a large sector of the population that’s not working and has given up on any opportunity to find a job. But we’re matching inventories with demand in a much better way than we had previously. The retailers have had six to eight months to figure out [how to get their inventories in order], and for the large part, they have.

WC: We think our brands are in the sweet spot for today’s economy. Our customers are trading down price points. A year ago they were all going upscale, but now the retailers are intensifying back down.

WC: We’re planning cautiously. I do believe we’ve stabilized, and I don’t think open-to-buys are going to shrink the way they’ve shrunk this year, but we’ll see.

FN: How has your strategy changed since two years ago? Do you still plan to up your penetration in high-end stores?

AC: The higher level is not a priority, but it’s still part of our strategy. Joan & David, for one, is reaching into those higher levels, and although we have not created the full distribution there we might have wanted, we’re making progress. Fundamentally, the difference is that we’re now targeting more aggressively the $69, $79 and $89 price points with [most of our brands].

FN: You do a large business with Macy’s and just increased that with the launch of Rachel Rachel Roy. To what extent does Macy’s success impact Jones’ success?

FN: How does the Macy’s consolidation affect you?

AC: We give them a lot of credit for doing what they’re doing. They made a hard decision and now they’re making additional investments into operating their business differently. We applaud that, but there’s a lot of work to be done on both sides. We’ll continue to do that until we can both be profitable.

WC: Because [Macy’s] is intensifying on these [value] price points, that helps us because our brands are right in that sweet spot and we can execute. One of the reasons they liked the Rachel [Rachel] Roy initiative is because they know we can execute for apparel, footwear and costume jewelry, right across the board.

AC: They’re big, and we have size as well. It works together. To deal with 800-plus department-store doors, you almost have to be of some sort of mass. Candidly, a small manufacturer can’t deal with that quantity of business. They don’t have the financial wherewithal, the sourcing capabilities, the distribution capabilities or the systems.

FN: In your own retail, how is the environment changing and how are you addressing that with your stores?

WC: When Nine West grew to 1,000 doors, the landscape was much less competitive; there really weren’t as many outlets for footwear. You could operate a single-branded 1,500-sq.-ft. door pretty profitably.

Now, with today’s economic conditions and the amount of promotion that goes on around those doors, coupled with labor increases and rent increases, we’ve found that many of those 1,500-sq.-ft., single-branded stores don’t work. Between now and the end of 2010, we can close more than 265 locations and eliminate at least $20 million worth of operating losses. We don’t think that, even as the economy turns, those [stores] are going to return to profitability. The cost to do that now, because we waited until leases got close to expiration, is less than $5 million, so we get a big benefit for very little cash outlay.

The closings are more directed toward mall locations — the small, single-branded doors — so [after the closings], we end up with about 30 percent of [our retail portfolio in] mall-based doors and 70 percent in outlet stores. The value customer is still there.

AC: We’re [also] very excited about Shoe Woo. Early tests in two stores — [the third, at 750 Lexington Ave. in New York opened Oct. 1] — have been positive and we have four in the works for 2010. We think there’s a lot of validity in our brand portfolio being presented in the appropriate environment. The design of the products tends to work together, and the multibrand approach works better going forward.

FN: Besides closing some of your stores, where else did you cut costs in the past year?

WC: In our marketing program, we focused on direct-to-consumer marketing programs and scaled back on some of the national image advertising. Also, some of the systems investments we made over the past two to three years have allowed us to close distribution centers and start to become much more efficient in our infrastructure.

FN: Are there still areas where cost cutting will play a role in 2010?

WC: We still have an opportunity for greater efficiencies in some [of our] infrastructure. The systems and processes we have in place set us up for future reduction, but not of the magnitude we did this year.

FN: Your eye on expenses didn’t prevent you from launching several new projects this year. Why did you move ahead with those?

WC: We kept a number of initiatives in [the budget] that we felt were wise investments when thinking about the recovery, [such as] Nine West Vintage America, New Balance for Nine West, Shoe Woo and Rachel Rachel Roy. We kept those in the budget because we believe in them and they fill a void in our portfolio and at our retailers.

FN: What was the impetus for the Nine West Vintage America launch?

AC: We needed to develop a casual business. Clearly, Nine West is one of the biggest footwear brands, and we had products that were represented in all classifications except casual. We’d dip our toes in it occasionally, but this seemed to be the right time to develop a full casual business. We now have effectively covered every footwear category.

FN: Internationally, you just partnered with Kurt Geiger in the U.K. and purchased a greater percentage of the GRI Group, your licensing partner in Asia. What is your global growth strategy?

WC: We have a very strong franchise, particularly in China, which is growing rapidly. Our strategy, historically, has been through partnerships where we license the brand for retail. It’s important to have a good local partner that knows how to operate within the confines of each of those countries. Asia is a spot that is arguably the fastest-growing economy in the world, so we believe it would be beneficial for us to be more directly involved through potential ownership over time. In the U.K., Kurt Geiger is the best-in-class operator, and we’re pleased they wanted Nine West [as a partner]. Nine West will be in Harrods in a couple of months, which is phenomenal.

FN: Looking ahead, what brands have the greatest opportunity in your portfolio?

AC: Enzo Angiolini continues to perform very well within our top-tier [accounts]. Bandolino has performed well, and it’s at an opening price point for many retailers. Joan & David has relaunched very nicely, and we’re placed where we want to be placed. We’re missing some retailers, but we think that brand — particularly now, based on economic conditions — has some legs to it. That $200-to-$300 price point is more en vogue today. Easy Spirit has been the most consistent performer over the last five years and will continue to be.

FN: Are you hunting for acquisitions?

WC: There are a lot of opportunities in this environment all of a sudden. Our balance sheet is strong, and we’re a vibrant, healthy company, so we’re getting a lot of looks [from brands on the market].

AC: We’re ready to handle an acquisition now. I don’t think three years ago it would have been as meaningful. We had to fix a lot of things internally. But now we’re capable of dedicating the resources that are necessary.