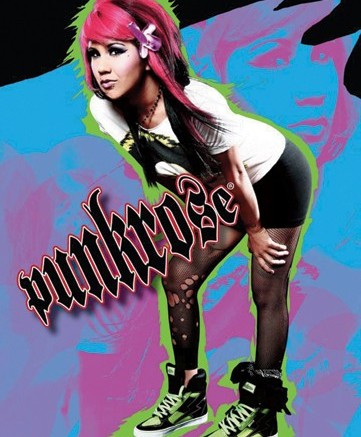 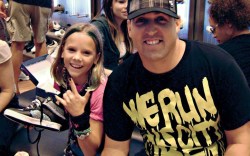 Punkrose is ready to blossom.

Now under the umbrella of Skechers, the edgy juniors’ brand is making moves to expand its U.S. distribution and push into key international independents in 2010.

“There is only so much you can do as a private company,” said Ernie Nuñez, who launched Punkrose in 2004 after honing his retail and buying skills at Nordstrom. “We started with a $200,000 line of credit, but now, with the backing of Skechers, the possibilities are endless and the potential is huge.”

Punkrose got its start with a small offering of ballerinas and wedges. Boots and sandals were soon added, and eventually, sneakers, which now represent about 75 percent of the line. As the brand’s following grew, it caught the eye of Manhattan Beach, Calif.-based Skechers, which purchased it last May along with brother brand Public Royalty. With Skechers handling the operational side of things, Nuñez is concentrating on design and brand image.

For Skechers, the immediate focus has been boosting Punkrose’s brand awareness in the States, according to the company’s CEO, Michael Greenberg. To that end, lifestyle ads have been rolling out in key U.S. music and teen publications, including Teen Vogue, as well as in subway stations around New York City.

Skechers is also working to expand the product offering. About 25 SKUs are added to the line each season, including edgier items designed to appeal to Punkrose’s growing — and changing — customer base.

“When we started, the customer was the cute punk girl, but now we’re getting more mainstream,” Nuñez said. “We still sell to [that girl], but we also sell well to the hip-hop girls.”

And that is a tough crowd to cater to, he added.

“This customer changes so fast. You always have to pay attention to what these kids are wearing. If you can jump on certain trends they’re hot on, then you’re good. But you also have to know when to abandon a trend, because they turn on a dime.”

The line, which retails from $45 to $65, sells to a broad account base that includes Nordstrom, Hot Topic and Underground Station, as well as select independents such as Sportie LA in Los Angeles and Trash & Vaudeville in New York.

Sportie LA has carried the label since 2005. “It does well [in our store] for a number of reasons: one being the moderate price points, and two, the creative [design] elements,” said owner Isack Fadlon. Another positive, he added, is the brand’s flexibility. “They’re very open to discussions with retailers, asking us what we think and making modifications [to the product].”

Dan Kenigsberg, buyer at Infinity and Forecast Footwear in New York, applauded the brand’s ability to attract a range of consumers, from locals to tourists. “Punkrose is a great fit for our stores because it appeals to a cool, young, trendy shopper, as well as the huge numbers of tourists from all over the world, who [come to New York] to shop,”he said. “The collection targets customers looking for a more unique sneaker and positions itself very well among the other ‘indie’ sneaker lines we offer.”

It’s with independents such as these that Punkrose is hoping to grow its business.
Prior to Skechers’ acquisition, Nuñez said, expanding the brand to other key independents was something he couldn’t do efficiently. “A lot of our customers weren’t being serviced as well as they should have been because we couldn’t supply them as much as we wanted to. For the first four years, we only had two to three reps. Now we have a full sales force.”

With Skechers at the helm, the idea, Nuñez explained, is to expand Punkrose’s business with its existing accounts while adding new sneaker boutiques. “[We want to] do it the right way, as opposed to growing too quickly,” he said.

As for retailing abroad, Greenberg said Punkrose will make a slow and strategic push into international markets next year. Though global expansion has been on the agenda since the acquisition, Greenberg recently halted sales of the brand overseas until U.S. distribution goals are met.

“It’s not an economy-based decision. It’s more about maximizing our potential in the U.S. market,” said Nuñez. “When we start selling again overseas, we really want to blow it up. We’re looking at 2010, but it could be earlier.”

International distribution will mirror the U.S. strategy, according to Greenberg, with trendsetting and juniors’ independents and department stores among the targets. To attract overseas buyers, the brand plans to return to the Bread & Butter, Micam and GDS shows next year.

“Based on early feedback from our [international] subsidiaries that saw styles at WSA [last season], this brand should do really well in Europe and other key global markets,” Greenberg said.

Although the rocky economy will bring its share of challenges in 2009, Nuñez said he is hopeful that Punkrose will fare better than other brands, thanks to its wallet-friendly prices and a target consumer with more discretionary dollars at her disposal.

“When it comes to juniors’ footwear, kids will buy it if they want it,” Nuñez said. “There is definitely less traffic in the malls and stores these days, but the bottom line is that even if these kids or their parents are stressed about money, they’re not going to sacrifice looking cool.”