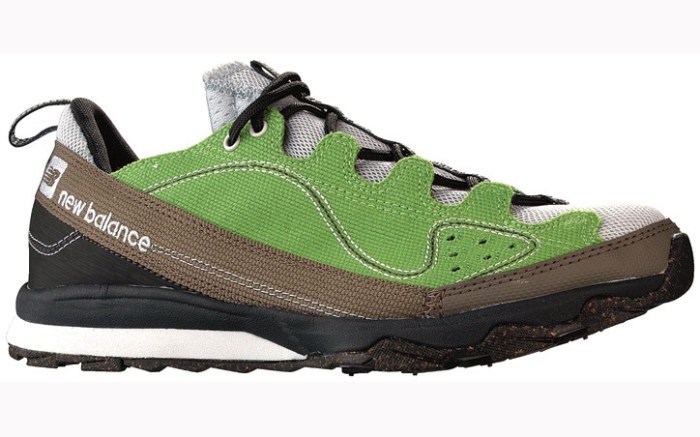 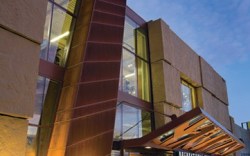 “If consumers are going to make a purchase, they don’t want to feel guilty about it,” said Monica DeVreese, brand manager for Simple Shoes, a division of Goleta, Calif.-based Deckers Outdoor Corp.

According to NPD research, consumer interest in green footwear has held steady, at 18 percent of shoppers, for the past three years — and that’s good news for companies in the field, the analyst said. Cohen said the “passionate and personal” component of footwear — and the brand-loyal and product-centric nature of the market — has made it a key area for customers looking to shop green.

“This is what I tell my clients: Eco-friendly product is important,” Cohen said. “It’s not the first card to play, but it’s an important card to play.”

Gene McCarthy, co-president of the Timberland brand, agreed. “Because of the economy, [green is] less of a crusade and more of a sensibility for consumers,” he said. “But it’s a distinctive characteristic.”

While companies continue to bank on green products, some retailers said they aren’t moving as much merchandise.

Still, other retailers are reporting an upswing in sales despite the downturn in the economy. San Francisco-based EcoCitizen is one of them. Joslin Van Arsdale, owner of the boutique, said the recession has hurt nearly all retailers, but traditional non-sustainable stores in particular. “[That] market was already oversaturated with designer labels,” she said.

DeVreese said Simple had been perfoming well for the first few months of the year, and she attributes that, in large part, to the brand’s $55 to $85 price points (comparable with other, less sustainability-focused lines).

“With our sneaker products, the prices are very affordable, attainable and volume-driven,” she said, adding that the green attributes of the product, which include reused car tires, organic cottons, hemps and silks, and low-glue or glueless constructions, are just additional selling points.

Some brands go even further. Barry McGeough, VP of footwear at The North Face, said the San Leandro, Calif.-based company (a division of VF Corp. in Greensboro, N.C.) was deeply committed to reducing its product impact, but also felt that keeping prices low was what would make the sale.

“My job is to make sure we’re offering technology, but people don’t want to pay a premium for it,” he said. “Our motto is, reduce our footprint in every way possible, but have it be price-neutral.”

The North Face is banking on that combo going forward: The brand gave Footwear News an exclusive look at two new collections for spring ’10. One, a men’s casual line called Kyoto, replaces all EVA in the midsole with stacked and folded cotton canvas, eliminating petroleum and reducing the weight by roughly 30 percent.

The second, a women’s casual collection, uses a new process (for which the company is applying for a patent) to attach the midsole and outsole without the use of glues. Retail prices for the lines will be between $75 and $90, a little lower than the standard prices for the brand’s existing casual styles. Price points, McGeough said, matter: “We’re still in business.” [For more on The North Face’s new constructions, click here.]

Going Green to Save Green

In fact, the bottom line is the best reason to pursue green initiatives in a down market, according to some sustainability-minded companies.

Bill Dodge, GM for Patagonia Footwear, said that eliminating waste in the product creation cycle is both good for green initiatives and for profitability.

He noted that sales of Patagonia were up 18 percent so far for 2009, both domestically and internationally. “The reality of the marketplace is that you have to be as efficient as you possibly can,” Dodge said. “Looking at the entire process and doing our best to be extremely efficient allows us to reduce costs without scrimping on our environmental efforts.”

For retail co-op REI, going green has been directly tied to the bottom line for years — and that’s kept the retailer going.

“The current economic times have created an environment where if you haven’t started to figure out the business benefits of doing something, it’ll be hard to keep going,” said Kevin Hagen, corporate social responsibility manager for the Sumner, Wash.-based company. “But if you have, it’s time to do a lot more of it.”

At REI, being conscious of energy use, as well as other waste-eliminating activities across its retail locations, has translated into savings.

And it has paid off: The retailer handed out $72.7 million last year in a direct dividend payment — its largest ever, despite (or because of) its ever-growing commitment to green initiatives.

Many brands predicted that sustainability will only become more important down the road, which is why they’re busy implementing new initiatives.

Hagen said REI’s work to understand its climate impact has put the company in a stronger position to adapt to new regulations from the Obama administration.

And Jim Weber, CEO of Bothell, Wash.-based Brooks Sports Inc., said green product will be more important to his company’s shoppers going forward, which means developing product now. “You can’t build for a season,” he said.

In that vein, Brooks will unveil a lightweight shoe in spring ’10 that pushes its green initiatives to new limits with more sustainable ingredients. Calling the shoe a “key way to communicate to runners,” Weber said, “We think runners are going to care [about the environment], and this shoe will be a huge way to talk to them about it.”

Richard Polk, owner of Boulder, Colo.-based Pedestrian Shops, agreed that customers in the future would come to expect green features. “It’s just like comfort,” he said. “There was a point in time when comfort was a category, but now, who would make a shoe that wasn’t comfortable? The same thing is eventually going to happen with green. People are just going to manufacture things as responsibly as they can.”

New Balance CEO Rob DeMartini told FN that as more brands jump into the green arena, the cost of doing business there continues to shrink. “As more of the industry moves in that direction, the [price] premiums [on green materials] will decline,” he said.