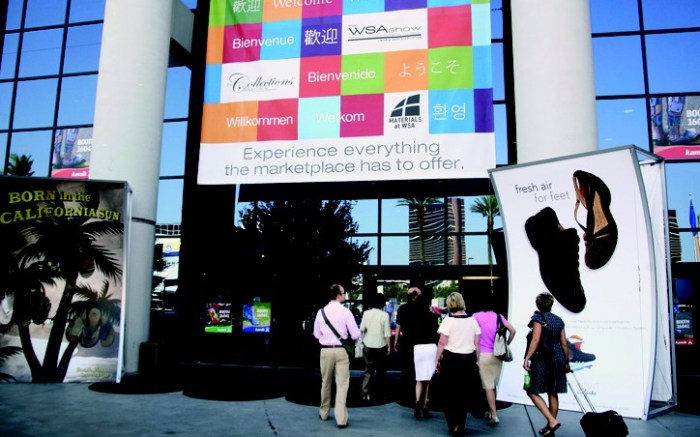 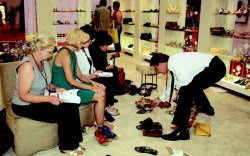 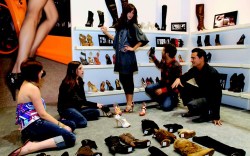 After taking a cautious approach to fall, retailers are feeling slightly more optimistic about buying for spring ’10.

In an online survey of retailers conducted by Footwear News, the majority of participants said they did not plan to reduce their inventories for the coming season. And even among those who did, most said they would cut back by less than 25 percent.

That’s a huge switch from January, when almost three-quarters of retailers said they planned to slice their inventories for fall ’09.

Solid inventory management has been a boon to the footwear industry recently, helping many public companies post better-than-expected quarterly results. Brown Shoe Co., for instance, shaved an average of 5 percent off its Famous Footwear inventory, which helped it reach a level of “stabilization,” according to analysts. And Hibbett Sports saw a rise in profits in the first quarter of 2009, after lowering its inventory and improving its cash position.

The fact that inventory reductions may have leveled off is good news for vendors, who have taken a major hit from tight merchandising strategies.

But all is not rosy for spring.

More and more store execs are buying closer to season, which places further pressure on manufacturers to turn around product quickly in order to meet ship dates.

Out of the more than 80 retailers who responded to the FN survey, 55 percent said they would not start placing spring orders until after the WSA Show. Thirty-two percent said they had already started shopping (some as early as April), while just 13 percent intended to put in orders at the show in Las Vegas.

Instead of buying at WSA, many might look to FFANY, or the local trade shows, all of which are held after WSA.

Though they might not put pen to paper there, 58 percent of retailers said they still planned to attend WSA, down from the 67 percent reported in last January’s FN survey. Meanwhile, 41 percent will be traveling to New York for FFANY, with 20 percent visiting Magic and 13 percent visiting GDS and Project (many reported attending multiple shows).

Overall, survey participants were only moderately hopeful about their prospects for the coming season. Forty-two percent said they felt the same about spring ’10 as they did about spring ’09.

“We have 9.5 percent unemployment,” said an independent storeowner. “I don’t expect things to get better until this number starts improving.”

A buyer from a discount shop echoed the thoughts of many participants, saying his company planned to play it safe and not put “the inventory in front of the horse.”

However, 32 percent of respondents were more bullish about the season.

“We have to start showing our customers we are ready to plunge ahead and start the ball rolling upward,” said the president of an independent store.

Meanwhile, a buyer for a men’s chain predicted that the industry had seen the worst of the recession and that business would start to improve at the end of 2009 and into 2010.

And the owner of a women’s boutique already felt that the selling environment was in good shape. “Our spring ’09 business ended up well ahead of spring ’08, and I feel our customers are ignoring the negativity in the media and still buying, albeit more sensibly, based on pent up need.”

But the main question for retailers is whether consumers will return to paying full price for spring merchandise — but most voters predicted they would not. In fact, half the poll respondents said they expect spring ’10 to be just as promotional as spring ’09.

“It can’t get much more promotional,” said one storeowner, “but you still have to use some ‘hooks’ to get customers in and to compete with all of the discounting being done by department stores and discount chains.”

Some respondents questioned whether the days of full-price selling would ever return.

“Customers are not purchasing without an incentive,” said a store buyer. “We are not sure if this will ever change and go back to a nonpromotional environment.”

When it comes to their own shopping plans for the season, retail survey participants said a variety of factors would influence their buying decisions in the coming months. Not surprising, the “current business climate” remains the No. 1 factor. Coming in at second place is “margin opportunity,” followed closely by “consumer behavior.” Rounding out the top five are “product innovations” and “vendor deals,” in that order.

Retailers’ sense of concern about the economy could show up in their approach to newer brands for spring. Only 30 percent of poll respondents said they planned to buy more new brands this year. Meanwhile, 33 percent will buy fewer than last year, and 37 percent will buy the same as before.

However, throughout 2009, many retailers told FN they were working on more exclusive product, including special makeups and collaborations with designers, to entice customers to spend money in their stores. That trend could continue into next year, with an overwhelming 78 percent of poll respondents saying that exclusive product will be as important or more important to their business in spring ’10.

As for price points, the majority of retailers are hitting the lower end once again. The most popular choice was the $50-to-$99 range, followed by $100-to-$149 and then the under-$50 range. As a further sign of the times, just 5 percent of respondents said they would buy into product retailing for more than $300.

Topping retailers’ shopping list is women’s product, according to 43 percent of participants. Second most popular is comfort, trailed only slightly by athletic merchandise, while children’s remains the smallest segment, with just 12 percent of respondents planning to pick it up for spring.

The Footwear News survey was conducted online from July 6-13. Among the 84 retailers who participated were CEOs, presidents, owners, buyers, DMMs, GMMs and other retail professionals from a variety of channels. Sixty-eight percent were from independent stores, with 19 percent from national or regional chains, 8 percent from discount firms and 5 percent from department stores.