Person of the Year: Tony Hsieh 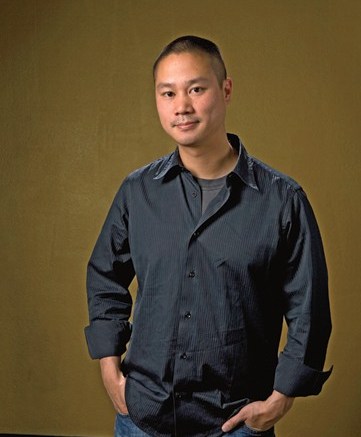 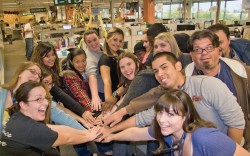 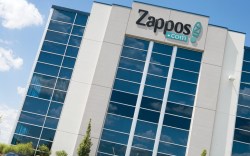 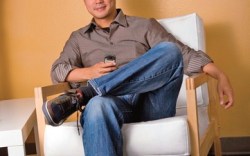 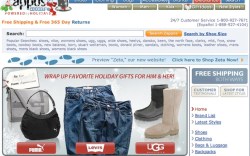 Tony Hsieh already had a hit on his hands with Zappos.com, but this year that hit went platinum.

Beyond building the Henderson, Nev.-based e-tailer into a footwear powerhouse and all but redefining the meaning of good customer service, Hsieh and his team have reinvented traditional concepts of business and corporate culture. But Hsieh’s latest triumph is the sale of Zappos to Amazon.com — a surprising feat in the best of business environments, but even more astounding considering the current business climate.

“This deal is going to let us grow our culture and our company even faster than we would have been able to before,” said Hsieh.

Last month, the CEO closed the transaction, which was announced in July, selling the firm for 10 million shares of Amazon stock, or $1.2 billion, based on the closing price on the day it received regulatory approval.

Upon completion, the Zappos board of directors was replaced with a committee made up of three former Zappos directors, including Hsieh, and three Amazon directors. It’s a move that Hsieh said could speed growth and dramatically improve the company’s retail reach. “Amazon comes from a retail background, so if anything, it’s probably a better fit than our previous board,” he said.

However, exactly what the deal will mean for the smaller company in the long term remains unknown. Seattle-based Amazon has said Zappos would continue to operate independently. And 35-year-old Hsieh said the Zappos teams are still exploring how best to utilize Amazon’s vast resources.

“Amazon has told us to think about it as if we have access to this giant consulting company that has a lot of resources and experience,” he said. “It’s really up to each individual department or group to determine if they want to tap into any of that, or just have occasional phone calls. The most important thing for us is to continue to operate independently and continue growing our culture and our business the way we have been.”

Hsieh added that with the holidays approaching, it’s unlikely that many of the integration decisions will be made until next year. “Right now, we’re all just busy getting ready for the holiday season, so realistically, not much is going to happen this year,” he said.

Nevertheless, Hsieh will continue his aggressive push into apparel, which will be a big part of Zappos’ business in the coming year. Apparel sales currently make up just 7 percent of the e-tailer’s sales, which are on track to increase from last year’s $635 million. But given the size of the apparel market — more than four times larger than the footwear industry — Hsieh said the growth potential for clothing is immense.

“We’re making a big push into clothing and we’re going to continue doing so, adding more brands and educating our customers that they can get the same service they’re used to getting on the footwear side on the apparel side as well,” he said.

Hsieh’s rise to business icon is the stuff of entrepreneurial legend. After a stint running a pizza business while at Harvard University in 1994, Hsieh headed west to found LinkExchange, an online advertising cooperative, which he later sold to Microsoft Corp. for $265 million. From there, he established the venture capital firm Venture Frogs, which invested in, among other companies, an online shoe retailer named ShoeSite.com, to be renamed Zappos.com. Two months later, Hsieh joined the company full time as CEO. And in the wake of the dot-com boom and bust, Hsieh’s shoe empire grew. In 2000, gross sales amounted to just $1.6 million, with solid gains in each year since.

Vendors applaud Hsieh’s vision and foresight for leading Zappos to the front of online shoe sales — and adding to their own sales.

“Our industry does not have many pioneers, but Tony Hsieh makes up for any scarcity,” said designer Stuart Weitzman. “He helped us launch a new [online shoe retail] industry, and we all are grateful for such vision.”

Added Skechers USA Inc. CEO Robert Greenberg, “I’ll always respect Tony’s courage as an adventurous businessman, for blazing new trails in an industry that has been around since the time of Moses. It’s so exciting to see what he’s done.”

Bob Campbell, CEO of BBC International, praised Hsieh’s approach to company building. “[Tony is] a trend-setting individual with a unique view of the world and his company. He is a visionary with a velvet touch. [He is] a terrific people person who has assembled an unbelievable staff. By establishing the largest and broadest collection of footwear, he has helped grow the entire industry by making Zappos a go-to source.”

But Hsieh’s proudest accomplishments aren’t based on sales figures or profits. Instead, he marvels at the company culture he’s worked so hard to create, and the loyalty the company inspires in employees and consumers alike. (And Hsieh’s influence may expand even further when Grand Central Publishing releases his book, “Delivering Happiness,” on March 1.)

“On any given day, 75 percent of our orders are from repeat customers, so having built up that loyalty over the years definitely helped us during the economic downturn,” he said. “But what I’m most proud of is the family culture we’ve built here at Zappos. Just being a part of it has been pretty amazing. Most Zappos employees, when they leave the office, go hang out with other Zappos employees. That’s a relatively rare thing to find at other companies.”

Hsieh said he also takes pride in the ripple effect that Zappos has had outside his firm. “We’ve heard stories of how companies have learned from visiting our offices or reading about us somewhere, and they’ve taken similar philosophies toward building up their company cultures and focusing more on customer service — and that’s helped their businesses grow,” he said. “It’s pretty neat to be able to have an effect on businesses beyond just Zappos.”