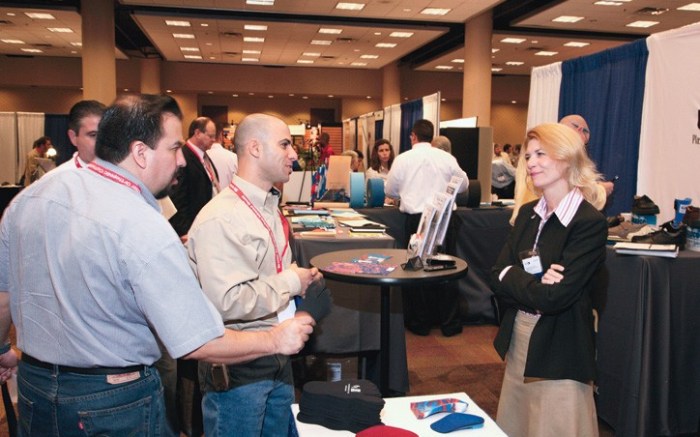 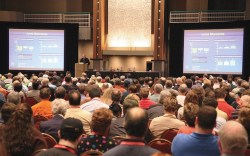 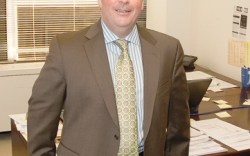 Fresh off its 50th anniversary, the Pedorthic Footwear Association is now looking to the future.

With interest in the pedorthics profession on the decline, the Washington, D.C.-based nonprofit group is ramping up efforts to attract newcomers through aggressive education and marketing initiatives.

The organization — composed of nearly 2,000 members, including 1,600 credentialed pedorthists, as well as footwear vendors, health care professionals, physicians and doctors of podiatric medicine — provides services such as certification programs and represents the profession before Congress.

“We’ve taken on the task of opening people’s eyes and making them realize what a critical role feet play in their health and well-being,” said Brian Lagana, PFA’s executive director.

While the organization’s reach is broad, Lagana said its main focus is education. “We’ve always been an educator,” he said about the continued emphasis on such initiatives.

Over the years, PFA has worked to increase interest in the profession by organizing a coalition of pedorthic schools and credentialing organizations dedicated to bringing newcomers to the field.

At the government level, the group’s chief lobbyist, Bill Applegate, handles issues that revolve around building awareness for Medicare benefits for diabetic patients.

Here, Lagana discusses the past and future of PFA and why pedorthists are needed now more than ever.

FN: What is PFA’s primary mission?

BL: PFA’s main reason for being is education — whether pre-certification or continuing education. We’ve always been an educator. Now, in addition to providing continuing education for the practitioner, we’re becoming more involved in educating the public about pedorthics. For individuals who might want to become a pedorthist, we took the lead in putting together a marketing strategy for getting people interested in the field.

FN: Who are PFA’s members?

BL: Individual practioners are the heart of our membership. Branching out from there, we have a base that’s composed of other health care practitioners, such as an MD or a DPM [doctor of podiatric medicine] or a DO [doctor of osteopathy], who are probably not cross-credentialed as a pedorthist, but are interested in keeping in touch with the profession because they work with pedorthists. In our membership [we also have footwear vendors] such as Aetrex, P.W. Minor and Pedors. In addition, we have a student population of members — people who are working toward their pedorthic credentials.

FN: What do you anticipate will most impact pedorthics over the next decade?

BL: We’re definitely noticing a contraction in the practitioner base. There are fewer and fewer people going into pedorthics, but the need for their services is projected to grow tremendously over the next 20 to 30 years. So we’re actively addressing this trend by trying to entice and encourage more people to get into the profession.

FN: How does one become a pedorthist?

BL: There are a handful of schools in the U.S. that offer the pedorthic pre-certification program. Depending on the school, it’s about a two- to three-week program. You [must then pass] the tests required for competency to sit for either the ABC or BOC exams [to earn your pedorthic certification or pedorthist certification]. ABC is the American Board for Certification in orthotics, prosthetics and pedorthics. BOC is the Board of Certification/Accreditation, International.

FN: What role does PFA take in government affairs?

BL: One of PFA’s major roles is to maintain and build awareness between the decision makers in Washington and at the state level. Obviously, our biggest issue at the federal level has always been and remains Medicare’s therapeutic shoes for diabetics benefit. At the state level, we’re very actively engaged in advocating pedorthic licensing legislation to ensure quality practitioners for patients across the board.

FN: Can you tell us a little about your organization’s lobbying arm in Washington?

FN: Have the changing health issues in the U.S. created a greater need for pedorthics?

BL: The need is certainly going to grow, and that comes with public education, as well. There’s always been a need for what a pedorthist does. People are becoming more aware of their health [requirements] and who can provide them with exactly what they need.

FN: How do you explain a pedorthist’s role to consumers?

BL: At a very basic level, pedorthists can select the right pair of shoes for you. They provide a much better fitting experience than someone who doesn’t have any background in biomechanics and advanced fitting.

FN: Other than education, what are some of the key programs PFA offers?

BL: One of our most tangible benefits is our Current Pedorthics magazine, the only professional magazine solely dedicated to pedorthics. [Additionally], we do twice-monthly e-mail newsletters. We offer professional and malpractice and business insurance, credit-card processing discounts, pre-paid legal service and more.

Outside of that, the educational component comprises the annual symposium and continuing education programming throughout the year. The other benefit we offer is our government affairs program — our pedorthic advocacy program. Tied to that is our awareness campaign.

On an annual basis, PFA exhibits at about eight to 10 allied health care association conferences. We do it to build awareness between pedorthics and other practices. We’re [indirectly] getting to the public through the patient base of family physicians, diabetic educators and physical therapists.

FN: What percentage of pedorthists work in a clinical versus shoe-store setting?

BL: When I think of clinical [environments], I’m [referring] to all the settings a pedorthist could practice in. That would include stand-alone pedorthic clinics, an [orthotics-and-prosthesis] facility, a hospital setting or a professional sports team. So you’re looking at about 70 percent of practitioners out there. About 25 percent to 28 percent would be established in a retail setting.

FN: What benefits can a pedorthist bring to a comfort shoe store?

BL: When people go to a comfort shoe store versus a regular shoe or self-serve store, they’re going for the whole experience. They don’t just want a pair of shoes. They want a pair of shoes that will make them feel better and are going to be extremely comfortable for a specific activity — maybe walking. Or they may just want quality shoes that will make a difference in their lives. Pedorthists enhance that with their value-added background in shoe fitting and their knowledge of biomechanics.

BL: It’s becoming so more and more. Fifteen years ago, the Pedorthic Association of Canada was established. We work well together on a lot of issues. In fact, in 2010, PFA and PAC will be producing the North American Pedorthic Congress in place of our two separate symposiums.

BL: The only other established pedorthic organization right now outside North America is the Australian Pedorthic and Medical Grade Footwear Association. PFA, along with PAC and the Australian group, has been active in advancing pedorthics internationally. [But the profession is not] called pedorthics in Europe. It’s more of a master shoe craftsman trade that mirrors what pedorthists do here in North America and Australia. They’re really not organized around that. [Instead], it falls under orthotics and prosthetics.

But in Asia — specifically in Taiwan and mainland China — pedorthics has really taken hold. And it is recognized as pedorthics. There are a lot of pedorthists in China and Taiwan. PFA has a number of members in both countries who are pedorthic practitioners. But again, there’s no pedorthic organization to [represent them]. PFA has been working to establish a foothold in mainland China for the Chinese practitioner population. That’s something we’re striving toward over the next year or so.

FN: Has the footwear industry kept pace in developing therapeutic footwear to meet the needs of today’s population?

BL: Over the last five years, I’ve noticed that companies [such as] P.W. Minor, Aetrex and Pedors have expanded the range of options — as a result of requirements that Comprehensive Pedorthics Accreditation has established, but also in response to the needs of their primary customers. They recognize that you’re serving an at-risk population in terms of diabetics, but also serving a population that might not have chronic footwear problems but are looking for that better-fitting shoe that’s going to take care of some minor foot problems.