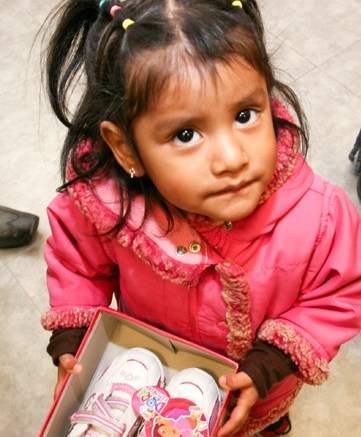 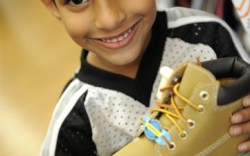 The program, which delivers children’s shoes to families in need, will distribute thousands of pairs of shoes in conjunction with a network of local charities. Payless will give gift coupons to the charities, which will distribute them by Dec. 24. Each coupon is redeemable for one free pair at any footwear location in the U.S., Canada, Puerto Rico and 10 Latin American countries, including the Dominican Republic, Ecuador and Guatemala. The coupons are usable throughout the holiday season until Feb. 28.

With the help of the non-profit charities, children can visit any of the stores themselves and use the free coupon to pick out the footwear of their choice, all of which retail for less than $15.

“We started off in the U.S. … and we couldn’t exclude other countries,” said Matthew Rubel, chairman and CEO of Collective Brands Inc., which owns Payless. “In the U.S., one out of every 10 people are unemployed, and 16 percent of people are unemployed in Puerto Rico.  It’s very important for us to reach into these communities and give back and help children in need. Footwear is a basic necessity. It empowers and, at the same time, fulfills a basic need in someone’s life.”