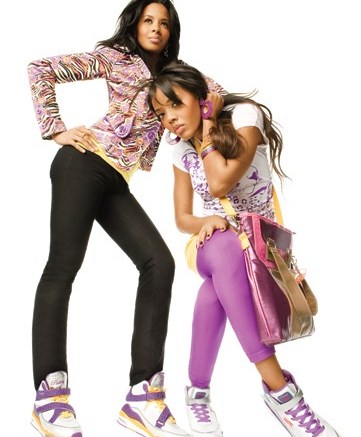 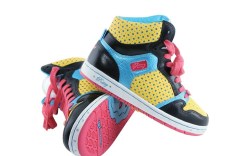 Despite the difficult economy, Solomon Dabah is adjusting the recipe to puff up Pastry’s business.

As he steers the sneaker-turned-lifestyle brand into its third year, Dabah is eyeing new categories for the brand and is angling to boost its profile by expanding global distribution. By mid-April, Pastry will roll out to 350 Foot Locker doors across Europe.

“Foot Locker has such a presence in so many different countries,” said Dabah, EVP of the brand. “They were able to give us huge visibility as we aim to bring something fresh to the European community.”

Expanding the product mix is another push for Pastry, which launched in March 2007 as a division of Run Athletics, with sisters Vanessa and Angela Simmons as the face — and designers — of the brand. (The Simmons’ father, rap mogul Rev Run, and uncle, Russell Simmons, founded Run Athletics in 2003.) The footwear line, which has been produced under license by New York-based Vida Shoes since its inception, features athletic-inspired looks ranging from bold-colored high-top sneakers, retailing for $70, to suede boots, for $90. But the brand is looking to broaden the offering with more fashion product, including pumps and heels.

“If you look at a young girl through a 24-hour period, she is one person during the day and at night she’s dressing differently,” Dabah said. “In trying to create a lifestyle brand, it’s more than a pair of sneakers.”

Beyond footwear, Pastry introduced apparel and handbags last year. And in January, the brand partnered with August Accessories to add items such as watches, hats and cold-weather accessories ranging from $15 to $150. Other possible brand extensions, Dabah said, include sunglasses, cosmetics and a fragrance.

“We’ve always had a global vision in mind,” he said. “We started with footwear and have a great passion for footwear, but we didn’t want to get pigeonholed into one category.”

To capture more market share, the company is ramping up advertising and marketing efforts in both print and online media — even as many brands are scaling back. “A lot of people have cut advertising budgets, but we’ve been fortunate with our financial backers because they’re not taking any dollars away,” Dabah said. “In fact, it’s the opposite, which is important because we have so much momentum, and it’s something we can really capitalize on. It gives us a chance to increase brand awareness [over the] long term.”

To connect with its young, Internet-savvy customers, Pastry also has been pushing its image on online social networking sites such as Facebook.com and Myspace.com. The brand has nearly 30,000 “friends” on its Myspace page, where customers can watch video blogs from the Simmons and stay abreast of new advertisements, promotions and news.

“We live in a huge digital environment, so we’re very dialed in to technology because it’s a way for us to reach our consumer and relate to her,” Dabah explained.

Of course, having two famous founders gives the brand the kind of built-in marketing engine no amount of advertising dollars can buy. Vanessa, 25, and Angela, 21, starred with their family in the popular MTV reality series “Run’s House” (now in its fifth season), garnering a huge fan following. The show, Dabah said, has been crucial in developing a customer base for Pastry. And it’s only growing now that Vanessa and Angela have their own MTV series, “Daddy’s Girls,” which premiered in January and chronicles the sisters’ move to Los Angeles to set up Pastry’s West Coast office.

“The popularity of Vanessa and Angela has contributed to [Pastry’s] awareness, relevancy and success,” said Matt Serra, chairman and CEO of Foot Locker.

According to Dabah, the Simmons sisters’ involvement in the running of the business brings a sense of authenticity to the brand.

“This isn’t just some celebrity endorsement,” he said. “The girls are a huge part of the business. Their spirits are definitely threaded into the brand.”

Angela Simmons said she and her sister take their role as the face of Pastry seriously. “We realize our fans look up to us and want to dress like us,” she said. “We want them to know and trust that we have been involved in creating all the Pastry pieces and that we are proud to wear them. This is the credibility that these girls count on and expect from us.”

Pastry’s retailers, which include Foot Locker, The Finish Line, Jimmy Jazz, Sheikh Shoes and Underground Station in the U.S., said that that connection with the consumer is one of the things that makes the brand so appealing.

“We are always looking for new brands that are both relevant and generate excitement with our consumers,” said Foot Locker’s Serra. “Pastry has done just that with the younger female sector.”

According to Sheikh Shoes buyer Heather Johnson, the brand launched when customers wanted something loud and fresh. “From the bold colors to the fresh silhouettes, Pastry is right where it needs to be,” she said. “[The brand] came into the market at a good time because no other brands were doing what they brought to the market. Our consumer recognized that and welcomed the brand with open arms.”

And although the economy presents many challenges, Vanessa Simmons believes Pastry’s moderate price points will continue to be an advantage.

“We understand our customers and we are creating for these girls a brand that they love and can afford,” she said. “There are other brands out there that are so expensive and unattainable. We don’t believe in that. Pastry will always be a truly unique brand for girls by girls.”