Outlets Are In During Tough Times 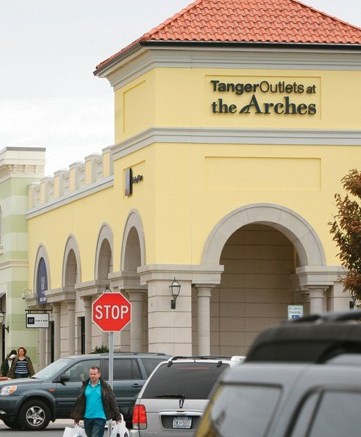 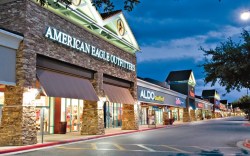 NEW YORK — No longer just a repository for imperfect or unpopular merchandise, outlet stores are taking center stage in the recession.

Footwear firms are trying to make the most of the discounter locations to clear excess inventory from the full-price channel and pad their gross margins with outlet-exclusive product.

“Outlets are doing pretty well right now because [they] meet the needs of that lower-price-point customer,” said Jeff Van Sinderen, an analyst at B. Riley & Co. “ And [outlet-only product] has a built-in margin and can be a good business. … Now investors see outlets as a bright spot.”

Kenneth Cole is one example of a company that has shifted some of its focus to the outlet channel. “They started a concentration on made-for-outlet product in the last couple of years,” said analyst Scott Krasik of CL King & Associates. “They never really viewed it as a profit center until maybe 2007.”

In a March 3 conference call with analysts, Kenneth Cole Productions CEO Jill Granoff noted the company’s “outlet stores are still performing in this environment.” Eleven new outlets opened in 2008, and plans are in place to bow 10 to 15 additional units this year.

At the same time, execs are taking a hard look at the company’s full-price stores. “We are moving forward with our plans to optimize the existing fleet through a combination of store closures, right sizing and remodeling,” Granoff said during the call.

Sterne Agee analyst Sam Poser cited Ralph Lauren as another brand that has been successful in outlet retail because of the label’s tiered merchandising strategy. “[Ralph Lauren] puts product into the outlet that is so different that it doesn’t even look like Ralph Lauren,” said Poser.

And manufacturers that are not already making outlet-exclusive merchandise are starting to consider it. “Steve Madden is one brand that is looking more at opportunities in the outlet business,” noted Van Sinderen.

Jeff Dunn, VP of retail for Puma North America, said that presenting outlet stores as a unique and attractive option is key. “With today’s challenging times, we have not shifted our strategy but rather continued to focus efforts on making our outlet stores a real shopping destination, helping to drive traffic and sales,” he said.

Crocs, which has been dogged by financial turmoil, is seeking to keep its outlet business afloat. “We have increased our investment in 2008 going into 2009 in retail and the Internet. … Most of the investment is in the outlet areas,” CFO Russ Hammer said during a Feb. 19 conference call.

Kevin Plank, CEO of Baltimore-based Under Armour, was bullish on the company’s outlet potential. “We finished 2008 with 25 [outlet] stores. And we are planning to open at least five and possibly 10 [in 2009],” he told analysts on Jan. 29. “We’re going to try to be opportunistic in this environment and see what the marketplace has for it.”

But in some cases, an uptick in outlet business can help brands avoid major cost-cutting.

Coach has used its 106 factory stores to avoid blatant discounting in its 324 full-price locations. During a difficult holiday season, the company held firm on its prices in traditional mall-based stores and used “promotional levers” in the outlet channel.

For the back half of this year, Coach executives said they would curb production of made-for-factory merchandise to accommodate leftover full-price product. “We will realize the shorter margin as we sell through, but the factory division actually drives a higher overall operating margin than our full-price division does today,” Tucci added.

Some market watchers worry that using outlets as clearance racks is an unhealthy way to manage inventory. “That isn’t a strategy, it’s a necessity,” said Poser.

“Any company that’s not doing well in the full-price or traditional formats and is only focusing on outlets risks becoming a ‘discount’ brand,” noted Krasik.

Others take the opposite view and see outlets as a preferable alternative to using aggressive in-store markdowns or third-party discounters, such as DSW or T.J. Maxx. “[Outlets] are a positive because then you don’t seem so promotional in the mall,” said Van Sinderen. “You are controlling it, and it allows you to potentially get better margins.”

Many observers noted that balance is key when it comes to playing the outlet game. With deep discounts in the malls, outlet stores are increasingly cannibalizing their full-price counterparts. “[Outlets and full-price stores] compete,” said Krasik. “If you are a specialty retailer with a large outlet presence, such as a Gap or J.Crew, then people are clearly making decisions on where they are going to buy your product.”

But careful management of the outlet business can help a brand keep its reputation intact.

“Gucci had stores in the outlet malls forever, and it hasn’t hurt the brand one iota,” said Van Sinderen. “But if there was a Gucci discount outlet with promotional signage at every outlet location in the country, it might be a different story.”

Luxury fashion house Balenciaga plans to enter the Woodbury Common Premium Outlets in Central Valley, N.Y., next month, but analysts said that does not necessarily spell doom for the brand’s image.

“As long as a wholesaler doesn’t have a boatload of outlets, it’s fine,” said Poser.

After all, much of the product sold in premium outlets is still out of reach for many consumers. “With outlets, some of it is smoke and mirrors,” Poser said. “The deals are not always as good as they appear to be.”