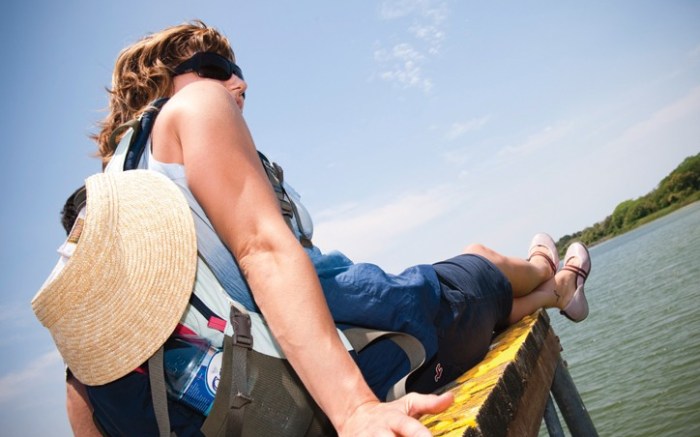 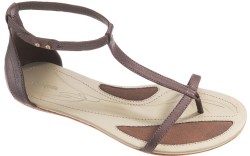 Whitney Conner said she first knew something needed to change during a visit to the Patagonia campus.

Conner, the brand manager for Patagonia footwear (which is manufactured by Rockford, Mich.-based Wolverine World Wide’s Outdoor Group), noticed that none of the female staffers at Patagonia’s Ventura, Calif., headquarters were wearing the brand’s more outdoorsy casual footwear. To get them and other women excited about its shoe collection, the brand this season will debut its new Elegance casual line, featuring more dressed-up, fashion-conscious silhouettes.

And Patagonia isn’t the only one. Many leading outdoor firms are taking another look at their women’s casuals, aligning them more with current trends and giving the traditionally rugged styles a more feminine, polished look. Brand executives said the new direction better suits their female consumers’ need for style and functionality — and updated styles and colors give them a reason to buy. (The Elegance collection features price points that, at $85 to $160, are slightly higher than other offerings, but most firms are keeping pricing consistent with other styles.)

Portland, Ore.-based Keen’s ongoing push toenhance its feminine styling has ramped up this season. “We’ve taken baby steps [in the past], and now we’ve taken a bigger leap,” said Kelly Wallrich, director of product. Wallrich said Keen is turning its spring ’09 Whisper sandal into an entire collection for spring ’10 and is adding other details — such as floral etchings and new colors — to the rest of its women’s line. “It was the right time,” Wallrich said. “We’ve been able to grow in hiking, sandals and casual styles, and now we’re just broadening [our offering].”

For Patagonia, the wakeup call led to a new direction: making the footwear collection better sync up with the dresses being shown in the apparel line. “When we looked at trending things, it became clear it was time to step away from the Outdoor Group and get into a more feminine, sophisticated look that matched the Patagonia dress line,” Conner said.

The new Elegance collection features softer leathers, brighter colors (including purple, dusty blue and green)and more sophisticated silhouettes, such as ankle boots, strappy sandals and flats. “[The styles are] still meant for that woman who goes from wearing our surfwear out with the guys to changing into a dress in the car to go out for dinner,” Conner said. “It’s meant to fit her lifestyle, but make her feel sexy and feminine.”

But keeping functionality was key, she stressed. While the look is different, keeping the outdoor DNA in the fit and feel was a way to ensure the line stayed connected to the brand’s performance offering. “The cushioning and arch support are still there. That was mandatory,” she said.

For Teva, a division of Goleta, Calif.-based Deckers Outdoor Corp., the drive to feminize the casual offering has been an ongoing process, one that Darren Howard, assistant product line manager for lifestyle, thinks can help target customers. “It’s that crossover appeal that’s catching the consumer’s eye right now,” he said. “[Shoppers want] more feminine details even though they’re looking for something that performs.” To that end, Teva has been retooling lasts, creating slimmer, women’s-specific shapes and adding new materials. For spring ’10, the brand is carrying it forward with metallic webbings and even crinkle patents in selected styles.

The new styling, he said, has been instrumental in expanding Teva’s account base. “[We’re realizing that] not everything has to be made for REI. We also want to capture the girl who’s walking into a department store,” Howard said. But while the styling might be expanding, the company isn’t looking to become a fashion player, he noted. “[The styling isn’t] over the top — we’re still in the outdoor industry. But women want to be pretty and feminine.”

For outdoor retailers, the new direction has been a sales winner. Philip Chaitman, owner of Good Footing Adventure in Brooklyn, N.Y., said his shop had seen strong results with Keen’s Whisper sandal. Customers responded to the “lighter feel, thinner straps and some of the more springlike colors,” he said.

“It’s great — and it’s about time,” Lauren Barra, head footwear buyer for Backcountry.com, said about brands’ efforts to feminize their women’s product. “Customers go to brands like Keen, Chaco and Patagonia because they trust the fit, technology and comfort, [but they’re looking for] something a bit more fashion-forward, color-forward. That’s what has been missing.”

Barra said casual outdoor looks with more feminine styling have done well for the site, and noted that Backcountry.com was banking on the looks for spring ’10 because new colors and silhouettes have given women a reason to shop. “Our men’s business is pretty flat this year, but women’s, it’s a different market,” she said. “We’re going to see growth in women’s casual.”

Kurt Geller, former product manager for footwear and current product manager for apparel at Peterborough, N.H.- based Eastern Mountain Sports, said the trend toward more fashion-forward shoes would only grow as customers look for versatile styles that allow them to “hike, get in the water and then go out to dinner.”

Still, he stressed that the outdoor DNA of comfort and function would remain the most important factor. “The better styles result in having the function first, with the fashion second,” he said. “[They need to be] built on a strong platform. It starts from the ground up.”