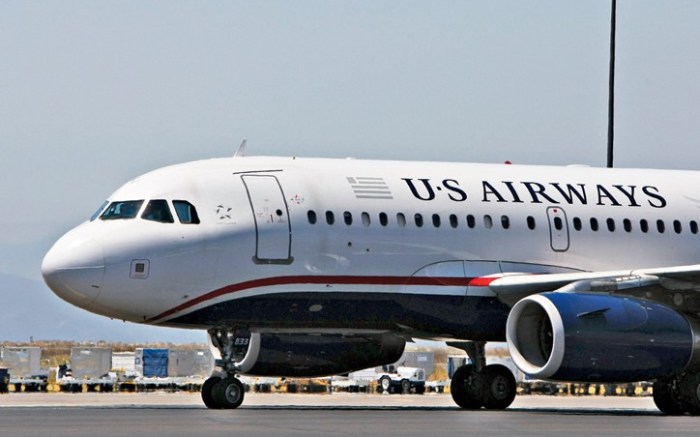 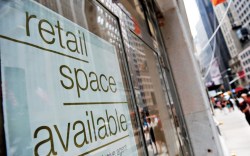 In one of the most challenging retail climates in decades, the good news is hard to find.

Dismal financial reports, store closings and job cuts continue to dominate the headlines — and many companies are in survival mode.

Yet there are still big opportunities for footwear firms, particularly those in strong fi nancial positions. From cheap real estate to mergers-and-acquisitions bargains to less expensive travel, below are 10 bright spots that companies should focus on this year.

1. Relative Strength
It could be worse. While many footwear firms are seeing depressed sales and earnings, the footwear industry has fared better than others during the economic downturn.

The athletic market is experiencing somewhat of a revival, while Ugg carried many retailers through holiday. And fresh spring merchandise flowing into stores is expected to entice shoppers with pent-up demand.

“The shoe business has not been so horrible. It’s been weak, but we’re not in the boat that [apparel] and other [consumer goods] are in,” said Peter Mangione, president of the Footwear Distributors & Retailers of America.

“When people postpone purchases such as automobiles and other durable goods that are very, very expensive, it does leave more money for less expensive goods, such as footwear,” added Jimlar Corp. CEO Jim Taric.

2. Less Clutter
While the last several months have forced many retailers to take drastic markdowns to move swelled inventories, that won’t be the case this spring. There’s no question there will be considerably less product in the market — and fewer retailers to sell it.

“Some of the retail chains going out of business creates real opportunity for other retailers,” said House of Brands VP Hamed Mohseni. “There’s less competition than before. This is a cleansing of the whole system.”

In recent months, chains such as Mervyns, Shoe Pavilion and Steve & Barry’s have shuttered, as well as a slew of smaller independents.

Retailers also are starting the year with considerably less inventory. “There’s defi nitely going to be less product out there, and that will hopefully reduce all these crazy promotions and make consumers feel like they need to buy now,” said Sportie LA co-owner Isack Fadlon.

3. Good Buys
Cash is king — and for companies that have a strong balance sheet, now is the time to buy.

Wolverine already has made two small acquisitions this year (Cushe and Chaco) and Deckers Outdoor Corp. recently got in on the action with its buy of Ahnu. And analysts said more deals could be coming soon.

For instance, FN recently reported that VF Corp. is said to be close to acquiring DC Shoes from Quiksilver Inc., and Nike is rumored to be eyeing the rest of Quiksilver.

4. Lease Ease
The changing retail landscape could be a boon for retailers that have the financial resources to expand.

“We believe rents are off a minimum of 20 percent from what they were in 2008 in Manhattan,” said Gene Spiegelman, executive director of Cushman & Wakefi eld retail services. “Any retailer who is wise about their long-term business strategy and knows how to buy in the current environment will defi nitely see better transactions available.”

Faith Hope Consolo, chairman of the retail leasing division at Prudential Douglas Elliman, agreed. “People trying to lease stores right now are in an excellent position because they can negotiate very good deals. And there is still an incredible demand for accessories,” she said.

Rock & Republic is one brand taking advantage of good deals. “We are all systems go in trying to grow our business and take advantage of the opportunities out there,” said Andrea Bernholtz, president of the denim label, which just opened its fi rst U.S. store in Las Vegas. “In this economy, it’s about how you go out and take advantage of it.”

5. Change Is Good
Encouraged by President Barack Obama’s ground-breaking agenda, many footwear players are applauding the presidential changeover in Washington.

The president’s ambitious — and costly — stimulus package could provide $300 billion in tax cuts to businesses and put cash in the hands of consumers.

Footwear players also are hoping the new administration will push through the Affordable Footwear Act, the industry’s top legislative priority this year. The bill, which would eliminate some $800 million in footwear duties, has faced setbacks, but executives are still upbeat that it will be passed this year.

6. Get Noticed
Many magazines are in survival mode this year — and that could be good news for brands and retailers looking to ramp up marketing efforts. “People are going to be more open to listening to brands’ needs,” said Stephen Niedzwiecki, creative director at Yard, a boutique ad agency in New York. “For certain brands who weren’t able to afford magazines before, maybe this is an opportunity.”

Even TV advertising is becoming more affordable. In the fourth quarter, prices for primetime network spots dropped by 15 percent, according to media agency TargetCast TCM.

An digital marketing — which is traditionally less expensive than mainstream media — will also continue to drive fresh excitement, as well as mobile phone programs. “People are trying to find as many inventive ways as they can to get through to the consumer,” Niedzwiecki said.

7. Let’s Make a Deal
While challenges still remain in China, many vendors are in a stronger position to negotiate with factories.

Whether firms are looking to break into better-grade factories or rework contracts with existing producers, now is the time to make a move, according to some industry execs. “Orders are down, factories need work,” said Chinese Laundry CEO Bob Goldman. “This is a time to explore sourcing options.”

Still, there’s no question that cash-strapped factories are closing, creating obstacles for some vendors. But manufacturers with good relationships should be able to work out deals. “Labor prices and the currency exchange rate and everything that had been putting pressure on us has eased up compared with last year,” said Mohseni at House of Brands. “This year, people are more open to negotiation.”

8. Thrifty Travel
While trade-show traffic may be down across the board, getting there has never been less expensive. In Las Vegas, the site of this week’s WSA show, even the hottest hotels are begging for business.

“Vegas is one of the places worst hit [by the recession],” said Joe Brancatelli, business travel columnist for Portfolio. com (also owned by FN’s parent company, Condé Nast). “It will be a much more affordable place during the show time than it has been in recent years.”

The European shows will be sweeter as well. Euro-to-U.S. dollar exchange rates have improved in America’s favor, making transport, lodging and meals much more palatable.

At press time, the euro clocked in at $1.29, down from an average of $1.57 last July. Brancatelli suggested taking advantage of rates at chain hotels in Europe, such as Hilton and Marriott. And for those considering factory visits in the Far East, he said deals are out there. “In Asia, the distances are so much greater, so the airfares by defi nition are higher, but even the discounts are coming there now.”

9. Cheaper Chic
While the glamour shown in fashion magazines will forever be aspirational, the actual merchandise in some titles is getting decidedly more attainable.

Major magazines, including Elle and Lucky, are increasingly swapping budget-busting brands for affordable fashion from the likes of Aldo, Nine West and Guess.

For instance, Lucky has added a section called ‘Deal Hunters’ where all items are under $100, and its editors are making sure that at least one feature in the fashion well is heavily focused on lower-priced product.

And affordable brands are loving the limelight. “Payless styles are seen on the pages along with shoes costing $300,” said Mardi Larson, a spokesperson for the company. “[We are] being included in more coverage as a result of today’s economic times.”

10. Help Wanted
The first month of the year proved to be a difficult time for thousands of workers across the fashion sector. Just last week, for example, Macy’s said it would cut 7,000 jobs.

But the growing number of talented, out-of-work people could be a positive for companies looking to grow. “You could certainly make the case … that this is an opportunity,” said Kirk Palmer of his eponymous executive search firm. “If there are good folks out there, now might be the time to upgrade [your staff].”

H&M, for instance, announced earlier this month that the firm would hire between 6,000 and 7,000 employees in 2009 as it opens 225 stores internationally.

While expansion isn’t part of the plan for many retailers, people with unique skill sets could still be an asset.

“Since so many companies are going through the most difficult time in their history, they will be looking for employees with an entrepreneurial spirit,” said Todd Hanshaw, DMM at Wynn Resorts in Las Vegas. “There are more talented people out there [looking for work] right now and those people who can think outside the box will be in the best position.”