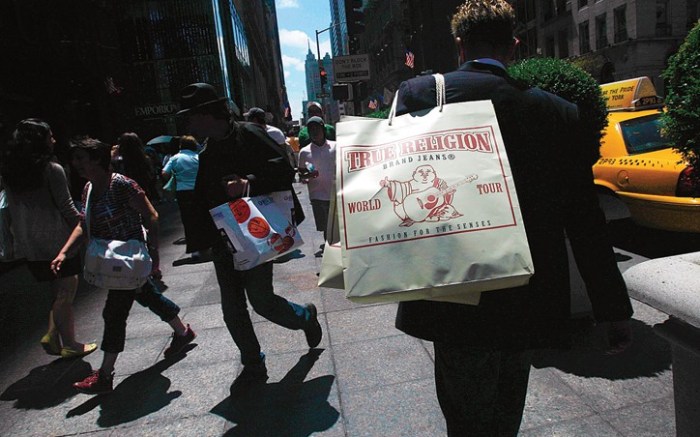 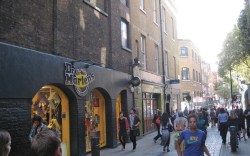 LONDON — During an otherwise lackluster season, many retailers in New York and London are finding at least one bright spot: the tourist business.

Favorable exchange rates and plentiful promotions are making both fashion capitals attractive for visitors. And deals on flights and hotels have also been widespread.

While a weak U.S. dollar has helped New York stores attract overseas tourists for the last several years, London had been considered one of the most expensive global shopping destinations due to the strength of its currency. But that shifted when the pound began to decline late last year — and now store owners in the British capital are reaping the benefits.

In June, retail sales in central London were up 4.7 percent compared with the year-ago period, thanks, in part, to increased tourist traffic, according to the British Retail Consortium.

“It’s the first time in 10 to 15 years that London has offered genuine value,” said Kurt Geiger CEO Neil Clifford. “It’s one of the best places to buy luxury, especially if you’re a visitor benefiting from the weak pound or are able to claim your [value-added tax] back.”

“For European tourists, the hotels, restaurants and cabs are now cheaper than at home,” added David Bell, sales director for U.K.-based Pretty Ballerinas and Mascaro. “And although the pound is getting a little stronger, it’s still very low.” (At press time, the pound was worth $1.64 and 1.17 euros.)

While the currency situation is drawing more European visitors, non-EU tourists have an added reason to spend because they are eligible to get back the VAT, a tax (currently 15 percent) payable on all goods and services in the U.K.

According to Global Refund U.K. Ltd., which is responsible for refunding the VAT, business among non-EU visitors was up 45 percent year-over-year for the period between January and May, with the average spend totaling 900 pounds, or about $1,473 at current exchange.

Indeed, a number of major retailers said they had noticed an uptick in overseas shoppers from all over the world.

“This year we have continued to see an increase in international visitors, particularly from Europe, the Middle East, China and America,” said Harrods Managing Director Michael Ward.

Hunter Boots, which recently opened a redesigned shop-in-shop in Harrods, also reported a brisk tourist trade. “The majority [of visitors] are from the U.S., with Europeans close behind,” said the brand’s managing director, Peter Taylor.

At Browns, which opened a standalone footwear store this spring, buying director Erin Mullaney said global traffic has been on the rise since Christmas — and the trend has grown this summer.

“We have seen yet another increase in European shoppers since the sales started,” Mullaney said. “We have also seen a return of our European, Middle Eastern and American customers online and have noticed a slow but steady return of Russian clients in our shoe store.”

Upscale brands, too, are also reporting heightened interest from visitors.

Bally said more French, German, Scandanavian and Spanish customers were coming to London this year, while Rupert Sanderson has been selling to more French and Middle Eastern customers who had heard about the brand at home.

“London [retailers] — in particular, big department stores and luxury brands — have all benefited from tourist spending over the last nine months,” said George Wallace, an analyst with MHE Retail, a consulting firm.

While London firms are enjoying the tourist shopping boom for the first time in many years, New York retailers have been courting visitors with a cheap dollar for the past several summers. But this year, the U.S. dollar has regained some strength (at press time, the dollar was worth 0.71 euros), so retailers aren’t benefiting from the currency situation to the same degree as previous summers.

In 2008, a record 47 million visitors came to the Big Apple, generating $30 billion in revenue, according to NYC & Co., the city’s marketing and tourism organization. 2009 figures are expected to drop about 5 percent, the group said.

“Of course, we’re not immune to the effects of the global downturn, and we don’t have the weak dollar that we had last year,” said Chris Heywood, VP of travel and tourism for NYC & Co. “However, for many people, products are less expensive and there are more deals out there in the marketplace.”

Nowhere is that more evident than in high-end department stores such as Bergdorf Goodman, Saks Fifth Avenue and Barneys New York, which have all rolled out steep markdowns again this season.

A Barneys spokeswoman said tourist traffic is on par with the last several years, with the strong euro still driving visitors into stores. She added that the majority of overseas shoppers are coming from the U.K., France, Italy and Germany.

Matthew Bauer, president of the Madison Avenue Business Improvement District, said the tourist influx has not been limited to Europeans. Interestingly, he explained, it’s the Brazilians shopping in record numbers on Madison that have caught the attention of his retailer members.

Bally, for example, whose New York flagship is at 628 Madison Ave., noted a recent increase in the number of tourists from Western Europe and South America. And NYC & Co.’s figures confirm this surge: 341,000 Brazilians visited in 2008, up 35.9 percent from the previous year.

Farther downtown, retailers are reporting a wave of visitors as well. Jeffrey Kalinsky, founder of Jeffrey New York in New York’s Meatpacking District, said the opening of the new High Line park is helping to draw more traffic to his store.

“The High Line has been a boost for our entire area, and we’ve recently seen a lot of tourists from other states and from Europe.”

Pretty Ballerina’s Bell said he was struck by the number of international visitors he saw in New York during a visit to the city in June.

“New York is very cheap — it’s cheaper to have dinner in a fabulous restaurant there than a chain one in the U.K.,” he said. “The dollar is weak, and New York businesses are very agile and in tune with the market, so they have all dropped their prices.”

But the widespread discounting is hurting some retailers.

“We found that some tourists shopping at Chuckies [have been] spoiled by all the sales and promotions, particularly in department stores,” sad Richard Erani, the store’s owner and creative director. “They are reluctant to pay full price for anything.”