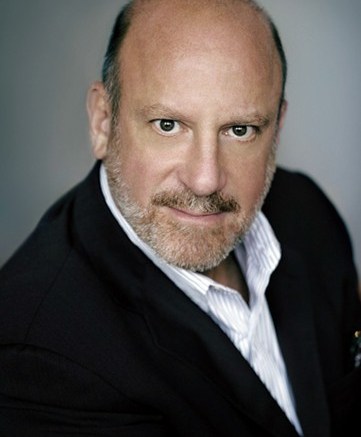 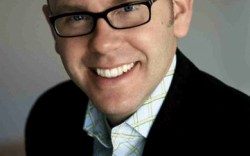 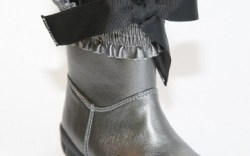 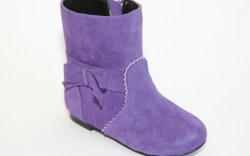 After four decades in business, Nina Kids is going back to basics.

Early last year, the brand’s parent, New York-based Nina Footwear Corp., underwent a restructuring that brought all its Nina collections under one umbrella, with Michael Shirey at the helm. With those changes came fresh leadership for the kids’ division: Alan Paulenoff, former president of Nine West Kids, joined the company last June as EVP.

According to Shirey, the overhaul presented an opportunity to redefine the mission for Nina Kids. “We zeroed in on our core competencies — what it is we do best, what distinguishes us from our competitors,” he said. “Trend and fashion are at the top of that list. So we want to make sure we’re conveying that message to the consumer.”

To that end, Paulenoff and Ken Masiello, Nina Kids’ director of product development, have revamped and sharpened the focus of the line, which covers a broad range of categories, including school, play and dress for infants to tweens. The two have tightened the number of SKUs and are putting a stronger emphasis on trends, drawing on the Nina and Nina Dolls women’s divisions for direction. “We’ve got the line pointed in a good direction now, with a nice balance between the different categories and size ranges,” said Paulenoff.

Retailers seem to agree. Sharon Cohen, owner of Footbeats, an independent Stride Rite dealer with four New England locations, has been carrying Nina Kids since its inception and said tweaks to the line have made it an even stronger contender. “The brand’s always been a good seller for us, but now they are offering more, giving it new direction,” she said. “The [Nina team] really understands fashion and function and puts the two together well.”

Roger Brooks, president of Brooks Shoes for Kids, with nine stores in California, also likes the line’s new look. “There have been some nice improvements in terms of color and style selection, and there’s a bigger emphasis on fashion,” he said. And in a tough economy, he added, the line’s “moderate prices seem to be in the right place for consumers.” Nina Kids shoes retail for about $50 a pair.

Amid the revamp of Nina Kids, Nina executives also took some drastic measures. They shuttered Max Silver, the Nina Kids boys’ collection, to concentrate exclusively on the girls’ product. “Since we don’t do men’s,” Shirey explained, “boys’ doesn’t fit with the Nina brand right now.”

But fine-tuning the line has helped Nina execs identify new opportunities, according to Paulenoff. For instance, plans call for a line of newborn shoes to round out the brand’s babies assortment. The company offers a first-walker collection called Mobility, but has yet to delve into the gift-driven pre-walk category. “It’s the one piece we’re missing,” Paulenoff said. “The newborn category is a big part of the business, and there’s an opportunity there.”

Online is another opportunity the brand has targeted. Nina relaunched its Website in September, and according to Shirey, it’s a core focus for the company for 2009. “Our women’s business is already up considerably because of it, so now we’ve taken the next step and set up Ninakids.com as its own site,” he said. “It’s exciting because it gives us our own store, and it’s going to afford us significant growth.”

In addition, Nina is preparing to launch an affiliate program that will allow independent retailers to process individual sales through the Nina Website. “It gives the independents access to expanded inventory without the onus of having to physically house it in their store,” Shirey explained. “Everybody wins.”

The program, which he said is still being tweaked, will bring greater flexibility to how Nina Kids manages its independent base, which accounts for 40 percent of its distribution. (Specialty chains and department stores, including Dillard’s, Belk, Macy’s and Von Maur, make up the remainder.) “We think it’s a compelling idea. In this kind of climate, you have to look at new ways of doing business,” Shirey said.

With its U.S. business on solid footing, Nina Kids has begun to turn its attention to the international markets as a new frontier for growth. Currently, the brand has only a small presence outside the States, selling on a limited basis in markets including Canada, Hong Kong and Latin America. But Paulenoff said he is hoping to change that. “There are huge opportunities for the brand overseas — we’re getting inquires from all over. So we are looking to strategically grow our international distribution in the coming seasons.”

That, coupled with its other initiatives, has the Nina Kids team feeling bullish about the year ahead, despite the dismal economy. In fact, Paulenoff said he considers the downturn an opportunity rather than an obstacle. “In times like these, we hit an appealing price point for retailers. We’re not the highest-priced brand in the store,” he said. “Consumers’ ideas on how much they’re willing to spend are really going to change, and some of those brands selling $100 kids’ shoes are going to feel it.”

The company also is banking on Nina’s considerable brand equity. “Nina has this incredible heritage. The brand has been around for 55 years, and that ties into the trust factor with moms,” Shirey said. “They know our kids’ shoes are going to fit and be made well. We want to play this up.”

And while it’s easy for a kids’ line to get overshadowed by its parent, Shirey stressed that Nina Kids is a priority for the company. “The kids’ division is a very important piece of our business — it’s not an afterthought,” he said. “It’s a key element of our success and will continue to be.”