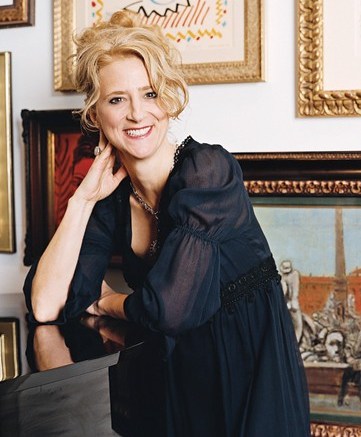 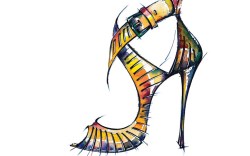 NEW YORK — Designer Nanette Lepore is embarking on a new path with her footwear collection.

After producing shoes in-house for the past two years, the New York-based designer has forged a deal with Peter Marcus Group to produce footwear, starting with the spring ’10 collection, that will debut at FFANY this week.

“Shoes haven’t been the easiest road,” Lepore said. “We needed to work with an expert.”

A team of industry veterans, including Peter Grueterich, Bill Baum and Monica Magli, is overseeing the line at Peter Marcus Group, which also works with a number of other brands, including Kooba, Rebecca Taylor, Cynthia Rowley, Jack Rogers and Moreschi.

Pech expects footwear to account for 12 percent of sales in the first year of the partnership, but she is looking for the category to comprise about 20 percent of revenues long term. The line, currently stocked at Neiman Marcus, Saks Fifth Avenue and Nordstrom, as well as at the brand’s 10 boutiques, sells for $195 to $350 at retail. The new styles, made in Italy and Brazil, will be priced similarly.

“We saw a tremendous void for compelling product in the contemporary category, and our partnership with Peter Marcus Group offers us the opportunity to build the brand and fill this white space,” Pech said.

“The aesthetic centers around the sensibility that I’ve been working with in apparel,” Lepore said. “I love a quirky shoe, a fun shoe, a sexy shoe. But it always goes back to offering adorable shoes at the correct price.”

The designer said buying habits have shifted significantly in the past two years. “Before the euro spiked, the contemporary customer was buying designer accessories,” she said. “Now she has had to trade down some, but she is still shopping with a very sophisticated eye.”

Lepore said she remains heavily involved with the collection, but is excited about tapping into the design and merchandising talent at Peter Marcus Group.

“Fresh ideas come from working with fresh people to bounce ideas off of,” Lepore said. “Bill Baum sits with me and my shoe designer constantly. He is an expert at making sure everything is cohesive.”

As the brand puts more emphasis on footwear, it also is revamping the design of its retail stores to feature two to three times more selling space for shoes. In addition, a London distributor will begin selling the line in Europe following this month’s launch.

“There are tremendous opportunities in the current market, so the timing is just right,” said Grueterich, CEO of the Peter Marcus Group. “We look forward to making a significant contribution to building the brand’s shoe category.”